END_OF_DOCUMENT_TOKEN_TO_BE_REPLACED

Grisham had an issue or two he wanted to talk about

Mark, Todd, and Zola came to law school to change the world, to make it a better place. But now, as third-year students, these close friends realize they have been duped. They all borrowed heavily to attend a third-tier, for-profit law school so mediocre that its graduates rarely pass the bar exam, let alone get good jobs. And when they learn that their school is one of a chain owned by a shady New York hedge-fund operator who also happens to own a bank specializing in student loans, the three know they have been caught up in The Great Law School Scam.

But maybe there’s a way out. Maybe there’s a way to escape their crushing debt, expose the bank and the scam, and make a few bucks in the process. But to do so, they would first have to quit school. And leaving law school a few short months before graduation would be completely crazy, right?

As long-time readers of Civilian Reader will know, Grisham is one of my favourite authors — even though I think he’s quite inconsistent. Some of his novels have been excellent, while others feel either rushed or bloodless. I enjoyed Camino Island, a fun and quickly-paced caper-type novel. In The Rooster Bar he returns to the genre that has made him a global bestseller: a legal thriller. Unfortunately, I didn’t enjoy this as much as I’d hoped. END_OF_DOCUMENT_TOKEN_TO_BE_REPLACED

Quite some time since I last posted about new books I’ve received, so this is something of a bumper selection. Hope you find something that piques your interest.

END_OF_DOCUMENT_TOKEN_TO_BE_REPLACED 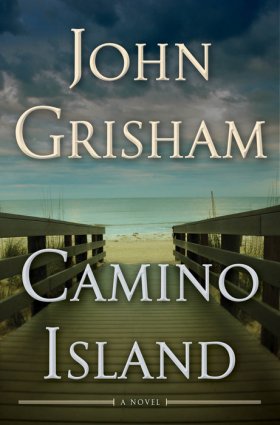 A gang of thieves stage a daring heist from a secure vault deep below Princeton University’s Firestone Library. Their loot is priceless, but Princeton has insured it for twenty-five million dollars.

Bruce Cable owns a popular bookstore in the sleepy resort town of Santa Rosa on Camino Island in Florida. He makes his real money, though, as a prominent dealer in rare books. Very few people know that he occasionally dabbles in the black market of stolen books and manuscripts.

Mercer Mann is a young novelist with a severe case of writer’s block who has recently been laid off from her teaching position. She is approached by an elegant, mysterious woman working for an even more mysterious company. A generous offer of money convinces Mercer to go undercover and infiltrate Bruce Cable’s circle of literary friends, ideally getting close enough to him to learn his secrets.

But eventually Mercer learns far too much, and there’s trouble in paradise…

This is not your typical John Grisham thriller. For one thing, it’s mostly a novel about publishing, writing and bookselling with an overlying crime story to bring everything together. I very much enjoyed it. END_OF_DOCUMENT_TOKEN_TO_BE_REPLACED

END_OF_DOCUMENT_TOKEN_TO_BE_REPLACED 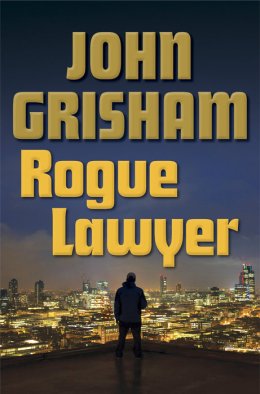 On the right side of the law. Sort of.

Sebastian Rudd is not your typical street lawyer. He works out of a customized bulletproof van, complete with Wi-Fi, a bar, a small fridge, fine leather chairs, a hidden gun compartment, and a heavily armed driver. He has no firm, no partners, no associates, and only one employee, his driver, who’s also his bodyguard, law clerk, confidant, and golf caddy. He lives alone in a small but extremely safe penthouse apartment, and his primary piece of furniture is a vintage pool table. He drinks small-batch bourbon and carries a gun.

Sebastian defends people other lawyers won’t go near: a drug-addled, tattooed kid rumored to be in a satanic cult, who is accused of molesting and murdering two little girls; a vicious crime lord on death row; a homeowner arrested for shooting at a SWAT team that mistakenly invaded his house. Why these clients? Because he believes everyone is entitled to a fair trial, even if he, Sebastian, has to cheat to secure one. He hates injustice, doesn’t like insurance companies, banks, or big corporations; he distrusts all levels of government and laughs at the justice system’s notions of ethical behavior.

Rogue Lawyer is a pretty good novel. It’s not Grisham’s best, but he manages to cover a lot of ground. The author does this by writing a series of loosely-connected cases, each touching upon a hot-button topic in American law and politics: warrior cops, tort reform, MMA fights, child custody, prison policy, and a few others. It’s an interesting novel, but flawed and not as gripping as some of his previous work. END_OF_DOCUMENT_TOKEN_TO_BE_REPLACED

New Grisham! I know a lot of people look down on Grisham and his popularity (the number of times I’ve heard people sneer his name… depressing), but I’m a big fan. His novels don’t always hit the mark, but aside from maybe three, I’ve thoroughly enjoyed them. This next novel sounds really interesting, too. Here’s the synopsis:

We expect our judges to be honest and wise. Their integrity and impartiality are the bedrock of the entire judicial system. We trust them to ensure fair trials, to protect the rights of all litigants, to punish those who do wrong, and to oversee the orderly and efficient flow of justice.

But what happens when a judge steps out of bounds, breaks a law, compromises ethics, or even takes a bribe? It’s rare, but it happens.

Lacy Stolz is a lawyer working as an investigator for the Florida Board on Judicial Conduct. After ten years, only two of her cases have seen judges removed from office, and both of those were for incompetence.

That all changes when she is approached by a disbarred lawyer with a new name, a new identity, a new address. He goes by Rick, and Rick claims to know someone close to a Florida circuit court judge so corrupt that he (or she) has stolen more money than all other crooked judges combined. And not just crooked judges in Florida. All judges, from all states, and throughout U.S. history.

The judge was responsible for the construction of a large casino on Native American land. A small but lethal gang of organized thugs financed the building of the casino and is now, like the judge, helping itself to a sizable cut of each month’s cash. It’s a sweet deal; everyone is making money.

The whistleblower stands to collect millions under Florida law. Rick files a complaint. Lacy Stolz is assigned the case. She immediately knows this one could be dangerous. Could, in fact, be deadly.

The Whistler is due to be published in the UK by Hodder, and in North America by Doubleday (no US cover at the time of writing, and they also haven’t updated his page to include the title or details).

END_OF_DOCUMENT_TOKEN_TO_BE_REPLACED 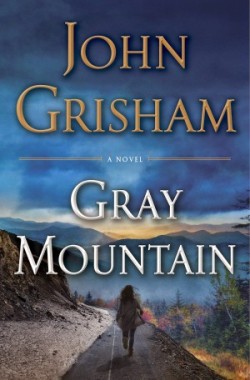 An important and interesting topic, but lacklustre storytelling

The year is 2008 and Samantha Kofer’s career at a huge Wall Street law firm is on the fast track — until the recession hits and she gets downsized, furloughed, escorted out of the building. Samantha, though, is one of the “lucky” associates. She’s offered an opportunity to work at a legal aid clinic for one year without pay, after which there would be a slim chance that she’d get her old job back.

In a matter of days Samantha moves from Manhattan to Brady, Virginia, population 2,200, in the heart of Appalachia, a part of the world she has only read about. Mattie Wyatt, lifelong Brady resident and head of the town’s legal aid clinic, is there to teach her how to “help real people with real problems.” For the first time in her career, Samantha prepares a lawsuit, sees the inside of an actual courtroom, gets scolded by a judge, and receives threats from locals who aren’t so thrilled to have a big-city lawyer in town. And she learns that Brady, like most small towns, harbors some big secrets.

Her new job takes Samantha into the murky and dangerous world of coal mining, where laws are often broken, rules are ignored, regulations are flouted, communities are divided, and the land itself is under attack from Big Coal. Violence is always just around the corner, and within weeks Samantha finds herself engulfed in litigation that turns deadly.

I’m a fan of Grisham’s novels — I’ve spent many a pleasant summer or winter binge-reading his novels, and I’ve always been among the eager readers awaiting his latest novel. That’s not to say I love them all; there have been a couple that failed to engage me. The Street Lawyer, for example, which I’ve started about three times, but never finished. A Time To Kill, which was a perfect example of a debut author over-writing and info-dumping their way through an otherwise good story, ruining it in the process (it does not surprise me that it failed to get much traction when first published) — Grisham provided all the details, swamping the story with his desire to include all the legal minutiae. Gray Mountain walks a line somewhere between these two examples. END_OF_DOCUMENT_TOKEN_TO_BE_REPLACED 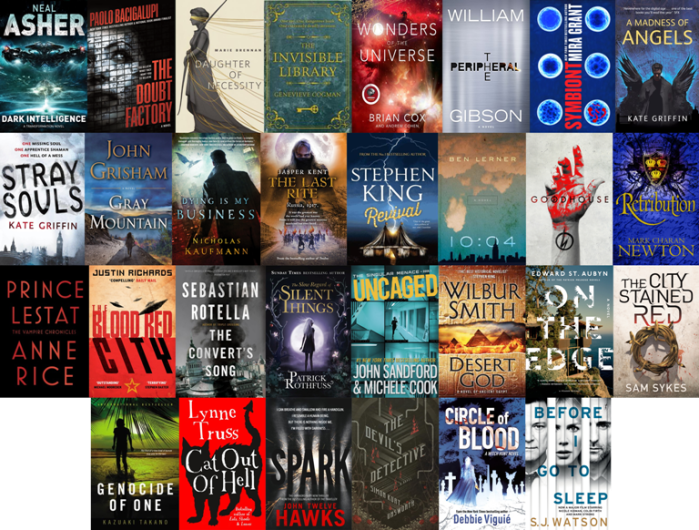