A compelling, engrossing story of a son’s quest to learn the truth about his mother

It’s 2011, and Samuel Andresen-Anderson hasn’t seen his mother, Faye, in decades — not since she abandoned the family when he was a boy. Now she’s reappeared, having committed an absurd crime that electrifies the nightly news and inflames a politically divided country. The media paints Faye as a radical hippie with a sordid past, but as far as Samuel knows, his mother was an ordinary girl who married her high-school sweetheart. Which version of his mother is true? Two facts are certain: she’s facing some serious charges, and she needs Samuel’s help.

To save her, Samuel will have to embark on his own journey, uncovering long-buried secrets about the woman he thought he knew, secrets that stretch across generations and have their origin all the way back in Norway, home of the mysterious Nix. As he does so, Samuel will confront not only Faye’s losses but also his own lost love, and will relearn everything he thought he knew about his mother, and himself.

It took me a long time to read this, but I’m very glad I finally did: Hill is definitely a new author to watch, and I can’t wait to read his next book. The Nix is the story of Samuel’s quest to learn the truth about his mother, who abandoned him when he was still a child. The novel has so much going on, it’s difficult to encapsulate it in just a few sentences. It’s not perfect, but it is excellent. END_OF_DOCUMENT_TOKEN_TO_BE_REPLACED

One of the strongest crime series beginnings in many years

He’s a good detective… with a bad habit.

Frank Marr knows crime in Washington, DC. A decorated former police detective, he retired early and now ekes out a living as a private eye for a defense attorney. Frank Marr may be the best investigator the city has ever known, but the city doesn’t know his dirty secret.

A longtime drug addict, Frank has lent his considerable skills to hiding his habit from others. But after he accidentally discovers a kidnapped teenage girl in the home of a local drug gang, Frank becomes a hero and is thrust into the spotlight. He reluctantly agrees to investigate the disappearance of another girl — possibly connected to the first — and the heightened scrutiny may bring his own habits to light, too.

Frank is as slippery and charming an antihero as you’ve ever met, but he’s also achingly vulnerable. The result is a mystery of startling intensity, a tightly coiled thriller where every scene may turn disastrous. The Second Girl is the crime novel of the season and the start of a thunderous new series from an author who knows the criminal underworld inside and out.

I was rather slow getting around to reading this novel, and damn was that a stupid idea. The Second Girl is easily one of the strongest starts to a crime series that I’ve read in years. The characters, story, pacing… all of it worked perfectly. I was hooked from the opening scene, and all I wanted to do was keep reading. END_OF_DOCUMENT_TOKEN_TO_BE_REPLACED 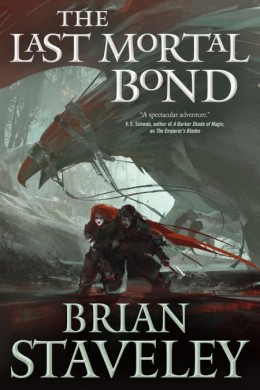 DEATH IS NEAR, ARMIES ARE GATHERED, AND THE FUTURE RESTS ON A KNIFE-EDGE

The Annurian Empire is losing a war on two fronts — and it’s unclear who’s in command. Adare is stationed in the thick of battle, calling herself Emperor. However, she can’t hold back the nomadic Urghul forces forever. She needs her brilliant general, Ran il Tornja, but will he betray her again?

Adare’s brother Kaden is the true heir, yet he’ll accept a republic to save his divided people. And he faces something more terrible than war. He’s unmasked Ran il Tornja as a remnant of an ancient race, one that attempted to destroy mankind. The general now plans to finish what they started. Kaden has also discovered that capricious gods walk the earth in human guise — and their agendas may seal the fates of all.

In early 2014, I finally got around to reading Brian Staveley’s first two novels, The Emperor’s Blades and The Providence of Fire. I was blown away — I read them back-to-back, which is something I haven’t done with a fantasy series since Scott Lynch’s The Lies of Locke Lamora and Red Seas Under Red Skies, and Peter V. Brett’s The Desert Spear and The Daylight War. Staveley’s writing, his characters, and the fantastically composed and paced narrative just pulled me through. I was hooked. I still think the two novels are a fantastic example of what modern fantasy can be. (Seriously, go read them.) I had a rather different reaction to The Last Mortal Bond… END_OF_DOCUMENT_TOKEN_TO_BE_REPLACED

The battle for the Webway

While Horus’ rebellion burns across the galaxy, a very different kind of war rages beneath the Imperial Palace. The ‘Ten Thousand’ Custodian Guard, along with the Sisters of Silence and the Mechanicum forces of Fabricator General Kane, fight to control the nexus points of the ancient eldar webway that lie closest to Terra, infested by daemonic entities after Magnus the Red’s intrusion. But with traitor legionaries and corrupted Battle Titans now counted among the forces of Chaos, the noose around the Throneworld is tightening, and none but the Emperor Himself can hope to prevail.

This was probably one of my most-anticipated novels of the year. Each of Aaron Dembski-Bowden’s contributions to the ever-expanding Horus Heresy mythos to date has been superb: The First Heretic and Betrayer are particularly stand-out novels in an overall-excellent series. So, when it was first announced that Mr. D-B would be taking on the story of the Emperor himself…? Well, how could I not be excited? Unfortunately, this novel didn’t work for me on almost every level. END_OF_DOCUMENT_TOKEN_TO_BE_REPLACED 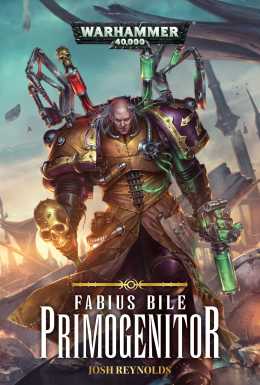 The Clone Lord steps into the spotlight…

He is known by many names — Clonelord, Manflayer, Primogenitor. He is the epitome of deceit and perversion, and feared by man and monster alike. Once the Chief Apothecary of the Emperor’s Children, the madman known as Fabius Bile possesses a knowledge of genetic manipulation second to none. Now a renegade among renegades, he is loathed by those he once called brother, and even the most degraded of Chaos Space Marines fear his name. Exiled for his dark experiments, Bile has retreated deep into the Eye of Terror, leaving a trail of twisted abominations in his wake. But when a former student brings word of the ultimate prize for the taking, Bile is unable to resist being drawn once more into the cauldron of war. For in seizing this prize, Fabius Bile might yet discover the one secret his has been unable to unlock… the secret which will prevent his inevitable doom.

I wasn’t sure what to expect from this novel. I’ve been a fan of Reynolds’s for quite some time, but have predominantly read his shorter fiction. In this, the third series from Black Library to tackle a renegade marine hero, Reynolds turns his attention to the Fabius Bile, former lieutenant commander and chief apothecary of the Emperor’s Children. As it turned out, Primogenitor is an excellent science fiction novel. END_OF_DOCUMENT_TOKEN_TO_BE_REPLACED 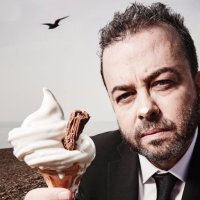 Let’s start with an introduction: Who is Jason Arnopp?

He’s an author and scriptwriter, with a background in journalism. I started out as a rock journalist and spent over a decade in that field, which set me in good stead for presenting a music journalist as my titular character in The Last Days Of Jack Sparks. I mainly write supernatural fiction, hopefully with an edge and also the odd laugh. On a more personal level, I love horror movies, thrash metal, collecting old VHS videos and other fun stuff like gaming and conjuring.

Your excellent debut novel, The Last Days of Jack Sparks, was recently published by Orbit. I thoroughly enjoyed it, but how would you introduce it to a potential reader?

Thanks – I’m really glad you liked! I’d tell a potential reader that the book’s about an arrogant celebrity journalist who sets out to debunk the supernatural with his latest non-fiction book, only to end up dead. And on a more pretentious, thematic level, it’s about ego, certainty and belief, and how those three things intersect in the social media age. Oh, and death. END_OF_DOCUMENT_TOKEN_TO_BE_REPLACED 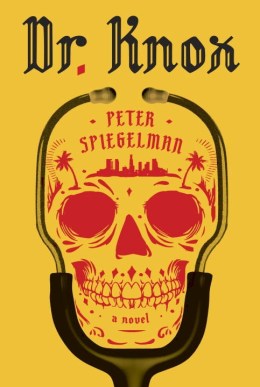 Adam Knox comes from a long line of patrician Connecticut doctors — a line he broke to serve with an NGO in the war-torn Central African Republic. His attempt to protect his patients there from a brutal militia ended in disaster and disgrace, and now he runs a clinic near Los Angeles’s Skid Row, making ends meet by making house calls — cash only, no questions asked—on those too famous or too criminal to seek other medical care.

When a young boy is abandoned at his clinic, Knox is determined to find the boy’s family and save him from the not-so-tender mercies of the child welfare bureaucracy. But Knox’s search for the volatile woman who may or may not be the boy’s mother leads him and his friend, a former Special Forces operator, into a labyrinth of human traffickers, Russian mobsters, and corporate security thugs; and squarely into the sights of a powerful, secretive, and utterly ruthless family that threatens to destroy Dr. Knox and everything — and everyone — he holds dear.

I actually read this quite a while ago, but I kept forgetting to write the review. Dr. Knox is the first novel I read by Spiegelman, but it certainly won’t be the last. An idealistic protagonist, single-minded antagonists, organized crime and vulture business collide in this novel. Easily one of my favourite novels of the year. END_OF_DOCUMENT_TOKEN_TO_BE_REPLACED