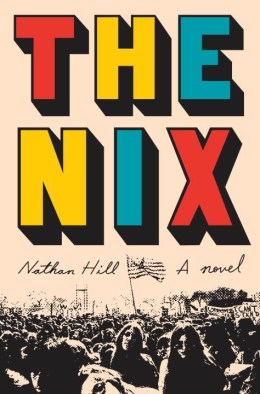 A compelling, engrossing story of a son’s quest to learn the truth about his mother

It’s 2011, and Samuel Andresen-Anderson hasn’t seen his mother, Faye, in decades — not since she abandoned the family when he was a boy. Now she’s reappeared, having committed an absurd crime that electrifies the nightly news and inflames a politically divided country. The media paints Faye as a radical hippie with a sordid past, but as far as Samuel knows, his mother was an ordinary girl who married her high-school sweetheart. Which version of his mother is true? Two facts are certain: she’s facing some serious charges, and she needs Samuel’s help.

To save her, Samuel will have to embark on his own journey, uncovering long-buried secrets about the woman he thought he knew, secrets that stretch across generations and have their origin all the way back in Norway, home of the mysterious Nix. As he does so, Samuel will confront not only Faye’s losses but also his own lost love, and will relearn everything he thought he knew about his mother, and himself.

It took me a long time to read this, but I’m very glad I finally did: Hill is definitely a new author to watch, and I can’t wait to read his next book. The Nix is the story of Samuel’s quest to learn the truth about his mother, who abandoned him when he was still a child. The novel has so much going on, it’s difficult to encapsulate it in just a few sentences. It’s not perfect, but it is excellent.

Faye has recently been propelled into the national spotlight after hurling stones at a prospective presidential candidate in Chicago. Woefully behind on his book contract, Samuel is given an ultimatum: write a hit-piece book on his mother, or be sued for millions for breach of contract. Given Sam’s lacklustre career as a professor and general sense of ennui, he is left with little choice. Of course, he is also interested in finding out the truth about his mother. The more he delves into her past, and her earlier life in Chicago (of which he had been unaware), the more he wants to learn. And, ultimately, he finds his impression of his mother shifting.

The Nix is a very long novel. It alternates between the present and the past — both Faye’s past and also Sam’s. Each thread provides us with extra layers of understanding of each of the characters, and their motivations. Hill is clear-eyed throughout: he does not present an idyllic past, and any nostalgia is balanced perfectly by a more realistic, honest interpretation of the times.

Hill’s writing is excellent, clear and excellently composed. The novel is sprinkled with plenty of great humour, often in the form of sharp, wry observations. His characters are well-rounded, three-dimensional creations. They are realistic, as are their interactions with others. There are a few twists towards the end, which were well done. The final quarter of the novel, I think, flagged a bit and possibly could have been tighter, but I understand why Hill decided to go the way he did.

If you are looking for a substantial, engaging and interesting read, I would certainly recommend The Nix. As I wrote at the top, I’m very much looking forward to reading Hill’s next book, whatever it might be.

Nathan Hill‘s The Nix is published by Vintage (US) and Picador (UK).