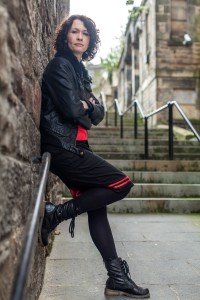 Let’s start with an introduction: Who is Vicki Jarrett?

Do other people have coherent answers when asked who they are? I’m not one of those people. As a massive over-thinker, questions like that can create sink holes in my brain that’ll take me weeks to crawl out of so, sorry, but I’ll pass on that one.

Your new novel, Always North, was recently published by Unsung Stories. It looks really interesting: How would you introduce it to a potential reader?

Always North is about complicity, accountability and our messed-up environment, about what constitutes mind and memory, and how wrong we might be about the way time works. It’s set over two time frames and settings: an oil survey vessel in the Arctic Ocean in 2025 and the Scottish Highlands in 2045. It’s been called ‘psychological scifi’ and ‘speculative literary fiction’ but I’m happy for readers to decide what they think it is. END_OF_DOCUMENT_TOKEN_TO_BE_REPLACED

Let’s start with an introduction: Who is Jenn Lyons?

I’m a writer, artist, and gaming nerd with a love of all manner of esoteric fields. I have previously worked as a video game producer and as a graphic designer.

Your debut novel, The Ruin of Kings, will soon be published in paperback by Tor Books. How would you introduce the series to a potential reader?

It would tell a reader that this was my chance to twist the “Chosen One” trope, because what if you were “chosen” to be something actively terrible? And also: there’s a volcanic dragon and a kraken. END_OF_DOCUMENT_TOKEN_TO_BE_REPLACED 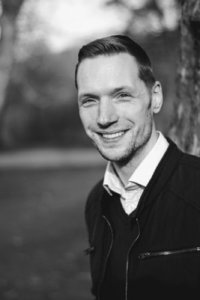 Let’s start with an introduction: Who is David Wragg?

Hi! I’m a middle-aged white British man of impractical height, and the author of the Articles of Faith series, the first of which is The Black Hawks. When not writing, I work as a freelance software engineer, and at home I am generally surrounded by/buried beneath cats and small children (usually mine).

Your debut novel, The Black Hawks, will be published by Voyager. It looks like a lot of fun: How would you introduce it to a potential reader? Is it part of a series?

It’s the first in a two-part series, which I’m apparently not supposed to call a Bilogy. I’d summarise it briefly as: ‘a story about a young man with strongly held opinions about the world, and the intersection of said opinions with said world.’ More prosaically, it’s about a bunch of people just trying to make a living in the middle of a fantasy plot-line. END_OF_DOCUMENT_TOKEN_TO_BE_REPLACED 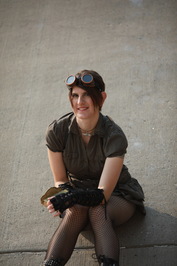 Let’s start with an introduction: Who is Reese Hogan?

I’m a sci fi writer who loves to write books with a blend of high action and broken relationships. I’m also the mother of two very cool children. I love working out, and I’m obsessed with music, especially alt and punk rock.

Your latest novel, Shrouded Loyalties, is published this month by Angry Robot Books. It looks really interesting: How would you introduce it to a potential reader? Is it part of a series?

It’s a dieselpunk spy fi about a submarine that can travel vast distances across the planet through an alternate realm inhabited by monsters. When Chief Sea Officer Blackwood receives strange powers during a mission through this realm, she is put in the hands of ruthless scientists to be studied, along with her partner, Holland. But she doesn’t know that Holland is an enemy spy… or that Holland’s partner has seduced her teenage brother Andrew and drawn him into enemy collaboration. END_OF_DOCUMENT_TOKEN_TO_BE_REPLACED

Let’s start with an introduction: Who is Fonda Lee?

Your latest novel, Jade War, was recently published by Orbit – who have also announced the follow-up: Jade Legacy. They are the second and third novel in your Green Bone Saga series. How would you introduce the series to a new reader? And what can fans of the first novel expect from the middle and third books?

The Green Bone Saga is an epic urban fantasy Asia-inspired gangster family saga. I’ve referred to it as “The Godfather with magic and kung fu.” Fans of the first novel can expect the second book, Jade War, to be bigger in every way — not simply in terms of page count, but because the scope of the story broadens onto an international stage. Jade Legacy is going to take place over a longer period of time and gives the conflicts introduced in the earlier books intergenerational aspects and repercussions. END_OF_DOCUMENT_TOKEN_TO_BE_REPLACED 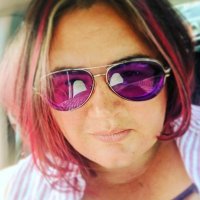 Let’s start with an introduction: Who is Kameron Hurley?

Honestly, I just got back from a book tour and am severely jetlagged, so I couldn’t really tell you. James S.A. Corey says I’m “one of the most important voices in the field”, though! That’s something. Always listen to the Coreys.

Your new book, Meet Me in the Future, will be published by Tachyon. It looks really interesting: How would you introduce it to a potential reader?

Meet Me in the Future is a collection of my best short fiction to date. It’s got everything: a body-hopping mercenary who avenge his pet elephant, an orphan who falls in love with a sentient starship, fighters who power a reality-bending engine, and a swamp-dwelling introvert who tries to save the world from her plague-casting former wife. And that’s just off the top of my head. I wrote many of these stories with the support of my Patreon backers, and these are the best gems of the lot. END_OF_DOCUMENT_TOKEN_TO_BE_REPLACED

Let’s start with an introduction: Who is Mike Shackle?

I’m a Brit who’s lived and worked all over the world but has settled in the wonderful city of Vancouver with my family. In my time, I’ve sold washing machines, cooked for the Queen, designed a few logos and made a lot of ads for some of the biggest brands in the world. But I’ve always been a dreamer and I’m happiest disappearing into made-up worlds, full of dark and interesting characters, whether that’s in my own writing or enjoying our people’s novels.

Your debut novel, We Are The Dead, is due to be published by Gollancz in August (one of my most-anticipated debuts of the year). How would you introduce it to a potential reader? Is it part of a series?

We Are the Dead is the first book in the Last War trilogy. As per the blurb, it’s a story full of crunching revolutionary action, twisted magic, and hard choices in dark times. It’s about what happens when the bad guy wins and there are no heroes left to come and save the day. It’s a tale about a coward, a teenage psychopath, a single mother and a crippled soldier forced to stand up and fight when it matters most. It’s grim and it’s dark but, at its heart, it’s a story about families and hope. END_OF_DOCUMENT_TOKEN_TO_BE_REPLACED