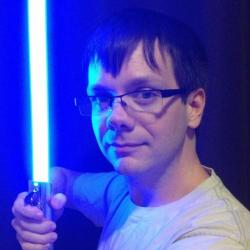 Let’s start with an introduction: Who is Michael R. Underwood?

I’m a geek-turned-professional – sales & marketing manager by day (for Angry Robot) and author by night (or really, whenever I can scrape together some spare time), writing books from geeky Urban Fantasy (Geekomancy) to weird fantasy supers (Shield and Crocus) and more. I keep up with my geekdom by reading comics, gaming, and following as many cool TV shows as time permits.

Your next book, Genrenauts: The Absconded Ambassador, will be published by Tor.com. How would you introduce it and the Genrenauts series to a potential reader?

Genreauts is like Leverage-meets-Jasper Fforde – the titular Genrenauts are interdimensional travelers – each world they visit is the home of a narrative genre – Romance, Science Fiction, Western, and so on. They find and fix broken stories in order to protect their own world. If they fail, the dissonance ripples back to their home world and causes disasters. I’m writing the series in novellas – with six episodes per season a la TV. The Absconded Ambassador is the second episode in the series, so I’d suggest readers start with The Shootout Solution.

I’ve been fascinated by the notion of genre since I was very young. I blame The Last Action Hero, which directly addressed the genre conventions of the action movie, but I’ve been digging into genre-aware stories all my life. My academic background is in Mythology and Folklore – my B.A. project involved analyzing mythic structure and storytelling and using it to inform my writing. Genrenauts in particular was inspired by a story kernel where I imagined a woman from our world ending up in Dianna Wynne Jones-style Fantasyland and ID-ing the traitorous Vizier immediately, because she was genre-aware. The story grew from there, accreting other influences from Leverage, Planetary, and more.

More generally, a lot of my influences come from TV, film, and comics, as well as from other SF/F writers like Ursula K. Le Guin, Octavia Butler, Kameron Hurley, Jim Butcher, Seanan McGuire, and others.

As a younger kid most of my fiction was genre, as is often the case – talking animals and aliens and dinosaurs and such – fantasy and science fiction being regarded as kid’s stuff by so many. The first genre fiction I remember having specific thoughts about was Ursula K. Le Guin’s A Wizard of Earthsea, which totally enchanted me. I was a bit of a late adopter of reading – I took a detour/side-route through comics, then got into Ray Bradbury, Michael Crichton, and more. I spent a few years reading tons of Star Wars novels alongside D&D books in the Dragonlance and Dark Sun settings.

I am consistently grateful for the chance to have my two careers line up so well. Being a writer makes me a better publishing staffer, and the knowledge I gain from my day job put me in a better place to ride the changing tides of publishing as a writer. It does mean that when drama takes over the spec fic genreverse, it’s pretty hard to escape. But that’s what books and video games are for.

I’ve done my best to continually refine my process, but right now, here’s how I work:

First, I spend some time rolling an idea around in my mind, trying to polish it down to its core. Then I smash it up with related ideas so that it grows more nuanced. I start writing things down, trying to unpack the ideas, fill out the world, and start casting characters.

Before I start drafting, I like to have a pretty solid outline, more detailed than broad beats but not quite a step-by-step breakdown. I like to have a clear enough idea of the story that I can always keep barreling forward while I’m drafting.

When I start drafting, I write in 45 minute to 90 minute chunks, 1-3 of those per day (not usually more than three hours total). I’ll fill out my outline as I go, either making big changes when I have a cooler idea or just fleshing out what I’d already planned as I get past the well-defined beginning. I try not to re-write or revise while I’m first drafting – instead I push forward until I have a complete draft. 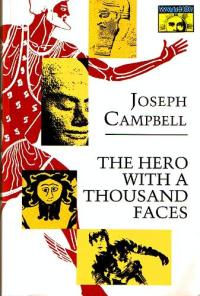 I don’t really remember a time when I didn’t want to be a writer. The first short story I can point to in my writing history was a horror short I wrote in 5th grade for my English class, which involved one of a group of friends turning into a werewolf. That’s about all I can remember about it, and that might be for the best.

It wasn’t until undergrad that I started really making strides with my writing. I found Joseph Campbell’s books as a freshman and then designed my own Individualized Major in Creative Mythology. I took classes in Creative Writing, Folklore, Classics, and more. I wrote the beginning of my first novel (trunked, definitely for the best) as part of my B.A. senior project, and the rest was history.

It’s an incredible time to be writing in the genre – there’s a big proliferation of publishing options, from indie/author-publishing to crowdfunding to traditional and Big Five houses to start-up/new model publishers. Writers have more options and can take control of our writing careers in ways we couldn’t even 10 years ago. In terms of genre itself, I’m excited to see resurgent interest in space opera, and some glimmers of light at the edge of the current trend of grim and gritty fiction.

While I’ve written darker fiction, my interest and skills (I think) are best deployed in writing that is energetic and hopeful. I admire writers that can delve into the darkest parts of the human psyche and write hard cathartic works and daring, oppositional, revolutionary works that push the boundaries of the genre. Myself, I feel like I can do the most by writing fun, exciting works which bring a smile to reader’s lips and help lift their spirits.

I have so much going on I can only sort of keep up. I’ve written drafts of episodes 3-6 of Genrenauts and am hoping to place them with Tor.com Publishing. If not, I’ll be indie-pubbing them next year to get the whole season out. I’ve got pitches and partials out of a few other projects, including a space opera that’s like The Mummy meets Guardians of the Galaxy by way of Nick and Nora Charles. It’s so much fun.

Right now, I’m mostly working on promotional pieces and interviews for The Shootout Solution, but also getting into revisions of Genrenauts Episode 4. And on the medium-back burner, I’m refining a script and pitch for a comics project.

I’ve been enjoying Bookburners from Serial Box (by Max Gladstone, Margaret Dunlap, Mur Lafferty, and Brian Francis Slattery), as well as the other Tor.com novellas. I just started reading the first Elric book, which is a trip and a half. And I read a ton of comics, from Squirrel-Girl and Batgirl to The Wicked + the Divine, Lazarus, Velvet, Bitch Planet, The Sixth Gun, and more. 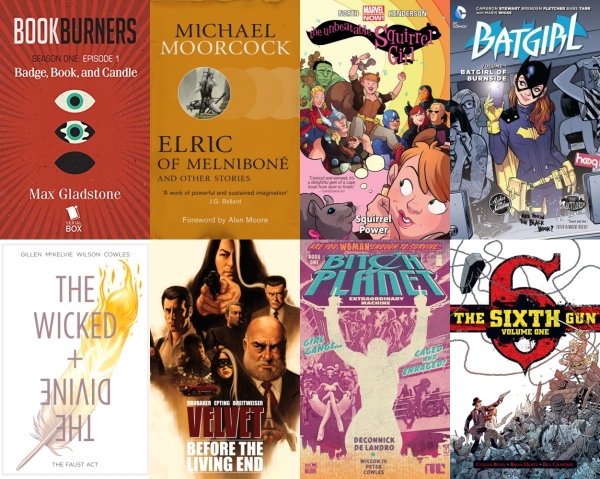 I’m usually a pretty open book, but folks that don’t know me too well might not know that I spent five years fencing in the Society for Creative Anachronism (SCA). I focused mostly on melee fighting and Spanish swordplay. I’d studied East Asian martial arts for years before that, but it was fencing in the SCA that really took me up to the next level, of being able to analyze movement and combat in a nuanced manner. If I’d stuck with it a bit longer, some friends told me I was well on the way toward getting the highest fencing award available. But toward the end of my five years in the SCA, I consciously shifted more of my focus into writing. I’m pretty happy with the results, missed opportunities and all. I’d love to get back into Western Martial Arts, but I have a niggling knee injury that’s proving problematic.

Like I said, I have a lot of pitches and proposals out right now, so I’m really looking forward to hearing back from them so I can figure out what I’ll be doing over the next twelve months. For sure, I’ll be revising the rest of Season 1 of Genrenauts, and I’m probably going to write the space opera because even if it doesn’t sell, it’s going to be a blast!

Genrenauts: The Shootout Solution is out now, published by Tor.com; The Absconded Ambassador is due out in February 2016. For more on Michael Underwood’s work, be sure to check out his website, and follow him on Twitter and Goodreads. In addition to the Genrenauts series, he is also the author of Shield and Crocus, the Ree Reyes series, and The Younger Gods — all available now.