This series of nine short books is fantastic. I bought them quite some time ago — they were released to coincide with the 100th anniversary of the end of World War I — but I have finally caught up. If you have any interest in learning about China, then I would highly recommend these books. Each of them was informative, engaging, sometimes entertaining, and frequently brutally honest. END_OF_DOCUMENT_TOKEN_TO_BE_REPLACED 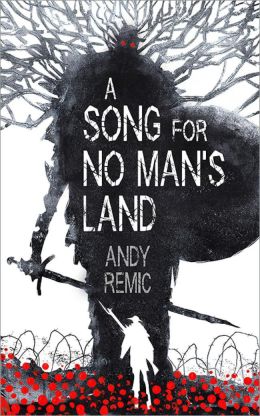 He signed up to fight with visions of honour and glory, of fighting for king and country, of making his family proud at long last.

But on a battlefield during the Great War, Robert Jones is shot, and wonders how it all went so very wrong, and how things could possibly get any worse.

He’ll soon find out. When the attacking enemy starts to shapeshift into a nightmarish demonic force, Jones finds himself fighting an impossible war against an enemy that shouldn’t exist.

This novella is the first in a projected series by Andy Remic. It is a really interesting, creepy take on the First World War. Told from the perspective of a volunteer, alternating between narrative and diary entries (for the main). The novella recounts the difficulties and horrors of the Front, the and the intense confusion warfare.

Add to this, though, a touch of horror and fantasy myth, and Remic has come up with an original take on war fiction. There were a few times when the story felt a little confusing, but I think that was intentional — our hero doesn’t always know what is actually going on, and the creatures he believes he keeps seeing are monstrous. Is his mind just creating a lie to explain the nature of war? Or is he really faced with monsters from childhood myth and nightmare?

A Song for No Man’s Land is a really interesting start to a new series. This novella is very much setting up the world and premise for the series to come, and ends on quite a tantalizing moment. I think this should have pretty broad appeal. Recommended. 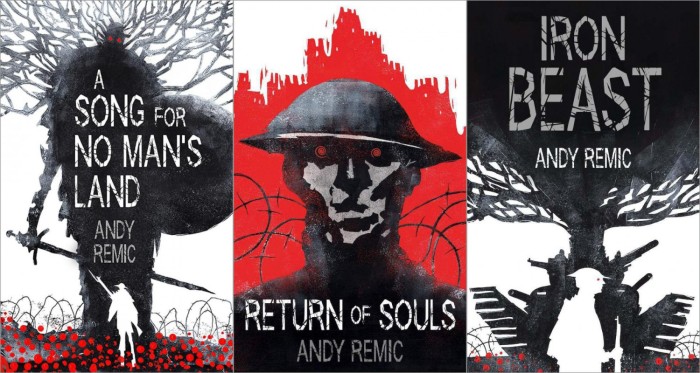 It was a news report on CNBC that provided a glimpse of the world to come:

“A single mysterious computer program that placed orders — and then subsequently canceled them — made up 4 percent of all quote traffic in the U.S. stock market last week, according to the top tracker of high-frequency trading activity. The motive of the algorithm is still unclear.”

This last phrase was taken by the artist James Bridle as the title of a talk. I hope to find it on a t-shirt one day.

The opacity of the algorithm indicates the underlying otherness of the technology that surrounds and penetrates us. On the surface, the algorithms powering Google and Facebook are compliant. Place a search term into Google and watch it scamper to please you. But there are layers of intent behind that compliance, some of which are commercial but a few offer stranger sites for speculation. END_OF_DOCUMENT_TOKEN_TO_BE_REPLACED

A twist on the “Upcoming” posts that I frequently write, I’m going to start posting a few more of these – looking at novels that are already out that I really want to read. Some of these will be recently-released books that I just happened to miss, but I’ll also be featuring older titles that I’ve only just stumbled across, or have been meaning to read for years.

I’ve never read anything by David Downing, and I’m not really sure why. It is probably just down to the fact that I get so many books these days that, if it doesn’t arrive in the post, or isn’t from an established series that I’ve been following for some time, I often just can’t get around to it. David Downing, however, I have been aware of (he is the author of the Station series of spy novels), just never had the money to buy the books when I was reminded of them. Jack Of Spies may just change this. It is the first in a new World War I espionage series, and it sounds really good:

Jack McColl is a globe-trotting salesman for a luxury car firm. He is also a part-time spy for the fledgling Secret Service on the eve of the First World War, doing London’s bidding wherever internal or external enemies threaten the security of the British Empire. As 1913 ends he is in China, checking out the German naval base at Tsingtao between automobile demonstrations in Peking and Shanghai. Caitlin Hanley is a young Irish-American journalist with the sort of views that most British men would find dangerously advanced. McColl is no exception, but once captivated he finds himself unwilling to give her up – even when Caitlin’s radical politics and family connections threaten to compromise his undeclared career as a spy. Then the pair become involved in a plot that threatens the Empire in its hour of greatest need…

I’m very intrigued by this. Anyone read it? Also, how great is that cover?