Two great guides for history and fantasy fans (and writers)

MYTHIC CREATURES: AND THE IMPOSSIBLY REAL ANIMALS WHO INSPIRED THEM by Laurel Kendall & Mark A. Norell, w. Richard Ellis

Adapted from the American Museum of Natural History exhibition Mythic Creatures: Dragons, Unicorns & Mermaids, this book explores an array of mythological creatures—and the real animals that inspired them. Lush photos showcase rare objects from around the world as well as models of mythical beasts like krakens and Rocs, along with fossils of actual extinct animals such as the six-foot-tall primate called Gigantopithecus and dinosaurs such as Protoceratops, which may have inspired the griffin. Also included are engravings, paintings, maps, and ephemera from the Middle Ages to modern times, all capturing the origins of legendary animals that continue to thrill, terrify, and enchant us.

A beautiful, illustrated guide to the most magical creatures of legend and myth.

Fairies, demons, four-legged fiends, and, of course, zombies: the world is filled with fantastical beings, beautiful and scary. Come meet them in this magnificently illustrated menagerie, which includes many creatures made famous by popular fantasy and sci-fi film franchises. Take a detailed look at everything from goblins, pixies, and gnomes to vampires and dragons, and discover their origins in literature, folklore, and ancient history.

Both of these books are pretty great. Fascinating looks at the fantastical and mythical creatures that have come to populate so much of our fiction, many of which have remained unchanged (or only slightly altered) for hundreds or thousands of years. END_OF_DOCUMENT_TOKEN_TO_BE_REPLACED

For some reason, back in college, I had the audacity to think I could become an author. As if that was just one of the options available in the career center. It turned out finding any job at all was a lot trickier than I expected. But I knew how to program computers, so I ended up joining a startup video game company that we would later name Insomniac Games (because of how little we slept back in those days.) And Twenty-Two years later I’m still making video games.

But for the first time in my life, I can now say that I’m an author.

Song of the Deep is both a game and a novel, and each reveals different parts of a mysterious world. But creating a novel in conjunction with a game ended up being a challenging journey in itself. END_OF_DOCUMENT_TOKEN_TO_BE_REPLACED 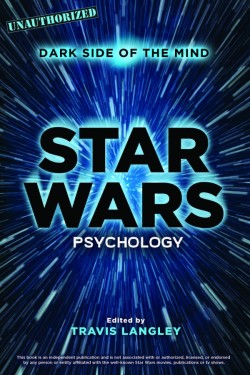 Today, we have an exclusive excerpt from Star Wars Psychology, edited by Travis Langley (Sterling, 2015). Specifically, a section by Jim Davies about droids. First, the synopsis for the book:

STAR WARS PSYCHOLOGY: Dark Side of the Mind explores the various psychological aspects of the beloved series, giving fans a better understanding of the motivation and mental states of their favorite characters.

A group of expert contributors, led by Travis Langley, explore the “Big Five” personality factors and the characters who embody each major trait. Get to know the major players a little better leading up to the new movie coming out this December… How does anxiety disorder explain the transformation of a character’s psyche from good to evil and back to good? Can robots feel pain and suffering? How does limb amputation and neuroprosthesis impact the brain? Does music influence our emotional reading of the entire saga?

And now, on with the excerpt. END_OF_DOCUMENT_TOKEN_TO_BE_REPLACED