Two great guides for history and fantasy fans (and writers)

MYTHIC CREATURES: AND THE IMPOSSIBLY REAL ANIMALS WHO INSPIRED THEM by Laurel Kendall & Mark A. Norell, w. Richard Ellis

Adapted from the American Museum of Natural History exhibition Mythic Creatures: Dragons, Unicorns & Mermaids, this book explores an array of mythological creatures—and the real animals that inspired them. Lush photos showcase rare objects from around the world as well as models of mythical beasts like krakens and Rocs, along with fossils of actual extinct animals such as the six-foot-tall primate called Gigantopithecus and dinosaurs such as Protoceratops, which may have inspired the griffin. Also included are engravings, paintings, maps, and ephemera from the Middle Ages to modern times, all capturing the origins of legendary animals that continue to thrill, terrify, and enchant us. 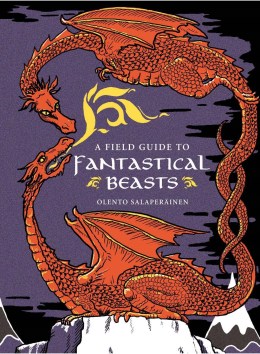 A beautiful, illustrated guide to the most magical creatures of legend and myth.

Fairies, demons, four-legged fiends, and, of course, zombies: the world is filled with fantastical beings, beautiful and scary. Come meet them in this magnificently illustrated menagerie, which includes many creatures made famous by popular fantasy and sci-fi film franchises. Take a detailed look at everything from goblins, pixies, and gnomes to vampires and dragons, and discover their origins in literature, folklore, and ancient history.

Both of these books are pretty great. Fascinating looks at the fantastical and mythical creatures that have come to populate so much of our fiction, many of which have remained unchanged (or only slightly altered) for hundreds or thousands of years.

Mythic Creatures is a beautifully (heavily) illustrated hardcover. A perfect blend of coffee table book, history, and fantastical reference book. Broken up into “Water”, “Land”, “Air” and “Dragons”, the authors address some of the better-known myths (Narwhal tusks seem to have been pretty confusing for many) and also less-well-known stories. The book travels the globe, too, looking at European, Asian and South American myths. The historical illustrations are fantastic, as are the photographs of idols, figurines and sculptures. The text is clear, concise and almost every page is populated with asides and interesting box-outs with extra information and colour.

Salaperäinen’s book is broken up into different categories — “humanoid”, “hybrid”, “fairies”, “undead”, and so forth — and is nicely illustrated (see below for a couple of examples – Golem and Troll). As well as describing the myths and history of the creatures in question, he includes many box-outs discussing a contemporary pop culture reference, or the best-known source of information about a beast. For example, “Hydra in the X-Men”, the Bible. Many of these creatures will be known by most readers of myth, fantasy and fairy tales (hydra, trolls, elves, werewolves, etc.); but Salaperäinen includes some lesser-known beasts (such as Qilin) and less-common variations.

A Field Guide to Fantastical Beasts (a title that one can’t help but think is in part inspired by the new Harry Potter movie…) should appeal to all ages, and suit as a handy reference book and source of inspiration.

Both of these books are definitely recommended. 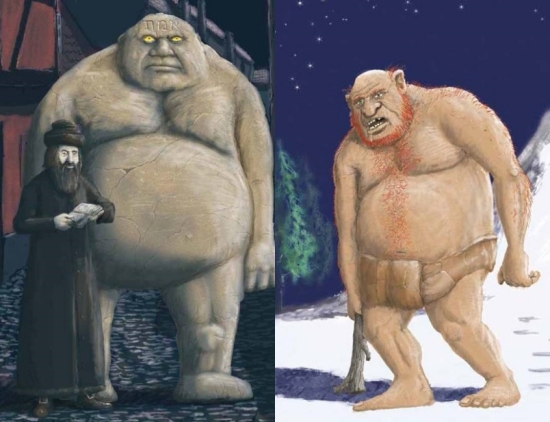