Let’s start with an introduction: Who is Clifford Jackman?

I’m a lawyer and novelist who lives in Guelph with my wife and two sons. My first novel, The Winter Family, was longlisted for the Giller Prize and shortlisted for the Governor General’s Award.

Your new novel, The Braver Thing, is due to be published by Random House Canada in August. It looks really interesting: How would you introduce it to a potential reader?

The Braver Thing is like a combination of Treasure Island and Animal Farm, about a group of pirates that forms to chase a big score and then struggles to govern themselves. END_OF_DOCUMENT_TOKEN_TO_BE_REPLACED 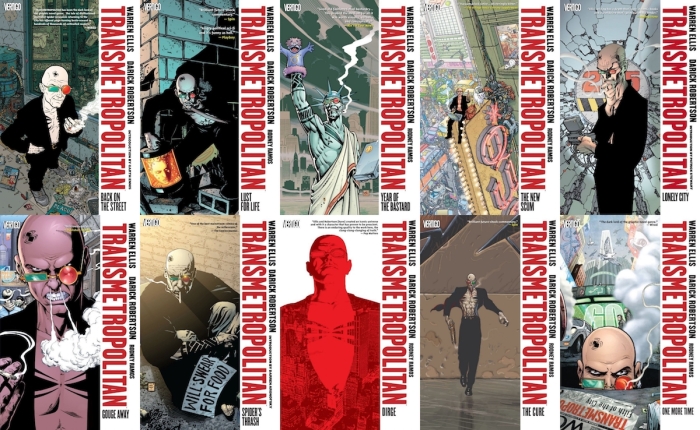 I’ve had a very strange experience/reaction to Transmetropolitan, Warren Ellis’s series that satirizes politics and the media. In fact, I have so many thoughts about the series, that I’m going to keep this review rather short — in an attempt to prevent myself from going overboard. One thing that bears stating at the start: this series has only become more relevant; and, while it can be a bit of an uncomfortable read at times, it is brilliant. END_OF_DOCUMENT_TOKEN_TO_BE_REPLACED 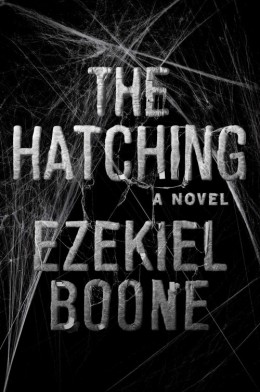 Deep in the jungle of Peru, a black, skittering mass devours an American tourist party whole. FBI agent Mike Rich investigates a fatal plane crash in Minneapolis and makes a gruesome discovery. Unusual seismic patterns register in a Indian earthquake lab, confounding the scientists there. The Chinese government “accidentally” drops a nuclear bomb in an isolated region of its own country. The first female president of the United States is summoned to an emergency briefing. And all of these events are connected.

As panic begins to sweep the globe, a mysterious package from South America arrives at Melanie Guyer’s Washington laboratory. The unusual egg inside begins to crack. Something is spreading…

The world is on the brink of an apocalyptic disaster. An virulent ancient species, long dormant, is now very much awake. But this is only the beginning of our end…

There has been a lot of hype surrounding this novel, and I think most of it is justified. It’s an entertaining, fast-paced and gripping thriller about the end of the world. Unlike many novels in this genre, though, it is not zombies or vampires or some disease that is killing swathes of the global population. Rather, it is spiders. Lots and lots and lots of spiders… END_OF_DOCUMENT_TOKEN_TO_BE_REPLACED

The City of Mirrors is the long-awaited, highly-anticipated final book in Justin Cronin’s post-apocalyptic supernatural thriller. I remember when the first novel, The Passage, was released in the UK: the pre-publication publicity blitz was insane, far more widespread than anything I’d seen not related to Harry Potter. I was certainly intrigued, but also a little wary. So, I kept putting off reading it, and before I knew it The Twelve was almost out. I picked up an ARC at BEA in 2012, which I also ended up not getting around to — although, this time it was because I moved. Twice. And so, as with so many books and series of 2011-13, Cronin’s novels ultimately slipped me by. I think it’s time I rectified this. Here’s the synopsis for the third book…

In the wake of the battle against The Twelve, Amy and her friends have gone in different directions. Peter has joined the settlement at Kerrville, Texas, ascending in its ranks despite his ambivalence about its ideals. Alicia has ventured into enemy territory, half-mad and on the hunt for the viral called Zero, who speaks to her in dreams. Amy has vanished without a trace.

With The Twelve destroyed, the citizens of Kerrville are moving on with life, settling outside the city limits, certain that at last the world is safe enough. But the gates of Kerrville will soon shudder with the greatest threat humanity has ever faced, and Amy — the Girl from Nowhere, the One Who Walked In, the First and Last and Only, who lived a thousand years — will once more join her friends to face down the demon who has torn their world apart… and to at last confront their destinies.

The City of Mirrors is due to be published on May 24th by Doubleday in Canada and the US; and on June 16th in the UK, by Orion. As I mentioned earlier, I have both of the already-available novels — I wonder if I’ll be able to catch up? 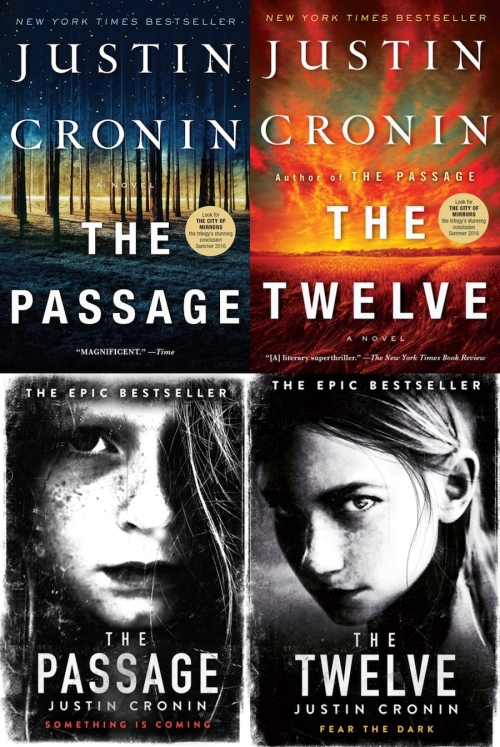