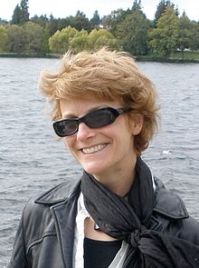 Let’s start with an introduction: Who is Kij Johnson?

My mother always told me that I was a troll changeling, and that some grabby troll mother had lucked into a quiet, well-mannered, obedient little human girl in the exchange. So one answer is that I am a smallish mountain-troll who passes as human with moderate success.

Another answer is that I am easily bored. I grew up in very small town in the midwest, at a time when climbing out your second-story window at midnight and riding a bike alone to the county park was in the acceptable range of eleven-year-old behaviors. I studied ancient history in college, which prepared me for a career in nothing, so I worked in bookstores for a few years. Then it was publishing: Tor Books, Dark Horse Comics, Wizards of the Coast/TSR. I also did stints in tech. I would move every few years to a new city, pick up some new hobbies, and cut my hair again. At some point I realized that my summer gig — teaching people how to write novels as part of the Gunn Center for the Study of Science Fiction’s SF Summer program — was more fun than any of the jobs I was doing, and I went back to school to be able to do it formally.

Is that who I am? Well, it’s what I’ve done. Now I teach creative writing at the University of Kansas and at various summer programs.

Tor.com will be publishing your new novella, The Dream-Quest of Velitt Boe, in August. It looks rather fabulous: How would you introduce it to a potential reader? Is it part of a series?

Lovecraft was an early 20th-century writer of horror and dark science fiction, noted for his elaborate voice and cosmological terrors. When I first read him as a child, I responded to how terrifying his stories were, but didn’t see the racism that underlay so much of what he wrote. On the other hand, I did see that there were no women in his fiction, ever, anywhere. As a little girl, I was looking for role models; adventures I could have, and there just weren’t any. A couple years ago, I got the idea of returning to my favorite of his worlds, the dream lands of The Dream-Quest of Unknown Kadath, to find adventures that I could have. Except that I’ve changed: what adventures will be had by a different kind of protagonist: an older woman, wise, resourceful, and tenacious?

Lovecraft’s world has my starting point, but in many ways it was maddeningly vague, so I built my own world and in the end told my own story.

A couple years back, I gave up on an endless project that ultimately went nowhere. It was research-heavy and very time-consuming; and when I stepped away it was though someone had released a spring: I wrote two books and this novella in quick sequence. Part of why they were all quick is that they were all responses to work I had always loved but found problematic for one reason or another, and it turned out I had been thinking for most of my life about what I wanted to do differently.

Most of the time, though, my fiction evolves on a plane defined by three points’ intersection: a theme or topic I am currently chewing over; a voice or stylistic experiment I want to explore; and something I have been researching obsessively for fun.

I never didn’t read it! Or anything else, either. Small towns mean small libraries, so I read everything they had, starting in the upper left-hand corner of the leftmost shelves and continuing ’til I ran out of books. I didn’t always understand the books were about — The Brothers Karamazov is impenetrable to a nine-year-old, as is Madame Bovary — but the ways I misread or misunderstood taught me a lot. Science fiction and fantasy were understandable in ways that some grown-up lady killing herself because some grown-up man acted mean was not. 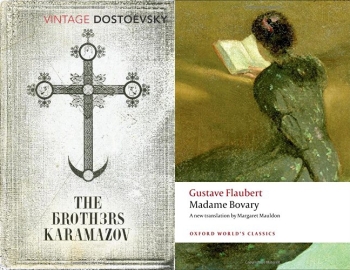 I no longer work within the industry, and most of the time I was only connected tangentially to New York. I worked production mostly: books, comics, TCGs, role-playing games, eBooks. It gave me a lot of insight into production schedules and marketing issues. This has not changed what I write at all: even knowing how hard some of my stuff is to market doesn’t change what I’m doing.

I try to write most days: the 250s, if nothing else. I have rules based on what sorts of evasions or cheats I have tried in the past, but the basics are, write 250+ words a day. It can be on an existing project or not. 250s may lead somewhere or they may not, but they are a way of keeping the pump primed. If I stop writing and then try to restart it takes up to three weeks to get things moving again.

There are times I honor this more in the breach: the end of spring semester is always onerous.

I was not one of those people who always knew she wanted to write. When I was in my mid-twenties I joined a science-fiction writing group in the Twin Cities, almost by accident. I still have the first thing I wrote for them, printed out in dot matrix and now much faded: three characters (barbarian warrior, feckless princeling, bodyguard/centurion) in a fantasy setting struggling to build a fire in a snowstorm. Lots of atmosphere, lots of undirected interpersonal tension, no plot. It fills me with warm fuzzies, though I never did anything with it except use it as inspiration for cosplay with two friends at GenCon. But writing about winter has remained an interest.

I don’t know how to answer this! Things are changing fast, and SF/F seems to embrace a lot these days — and as literary fiction moves on from the white-guy-angst modernist tradition, I think we are starting to meet in the middle.

I have a short novel coming out from Small Beer Press in 2017, a (sort of) sequel to Kenneth Grahame’s The Wind in the Willows. I am just finishing final revisions, but for once I don’t know what the next project is. I write what entertains me and I am easily bored, so sequels aren’t usually my thing. I want to write some short fiction for while.

I am reading old mysteries: Ngaio Marsh, Dorothy Sayers, Josephine Tey. The writing is absolutely brilliant. This started when I reread Sayer’s Gaudy Night as “research” for The Dream-Quest of Vellitt Boe, because I wanted to see how she handled her struggling women’s college in 1930s Oxford. But I fell in love (again) with her ability to craft a world and characters. There is so much truly great writing from the first half of the 20th century that isn’t read so much any more.

I have no fear of heights. At all. I am, on the other hand, deeply suspicious of caves.

I can’t wait to see what people think of Vellitt Boe! I loved this character and I hope other people do, too. I am hoping to get to England and Iceland for events this year, and I am doing some really interesting next summer.

Kij Johnson’s The Dream-Quest of Vellitt Boe is published by Tor.com, on August 16th, 2016. For more on Johnson’s writing and fiction, be sure to check out the author’s website, and follow her on Goodreads.