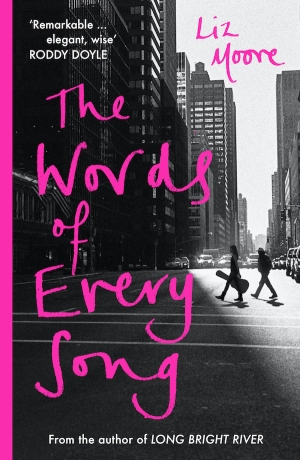 An interlinked tour through the New York music industry, and some of the lives it intersects with…

The Words of Every Song takes the form of fourteen linked episodes, each centering on a character involved with the music industry. There’s the arrogantly hip, twenty-six-year-old A&R man; the rising young singer-songwriter; the established, arena-filling rock star on the verge of a midlife crisis; the type-A female executive with the heavy social calendar; and other recognizable figures.

Set in the sleek offices, high-tech recording studios, and grungy downtown clubs of New York, The Words of Every Song offers an authenticity drawn from Liz Moore’s own experience and brings an insider’s touch to its depiction of the music industry and its denizens.

Liz Moore’s The Words of Every Song takes readers on a trip through the contemporary music industry, as witnessed through the eyes and lives of a mixed cast of characters. Each of these episodes is linked with at least one of the others, and is an interesting collection of character studies. I enjoyed this. END_OF_DOCUMENT_TOKEN_TO_BE_REPLACED 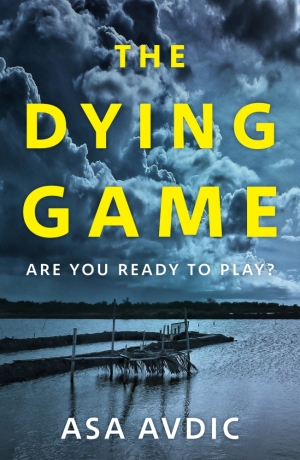 Today, we have an excerpt from a novel I’m really looking forward to reading: Åsa Avdic‘s The Dying Game. Published in the UK by Windmill Books, here’s the synopsis:

‘Oh, it’s really quite simple. I want you to play dead.’

On the remote island of Isola, seven people have been selected to compete in a 48-hour test for a top-secret intelligence position. One of them is Anna Francis, a workaholic with a nine-year-old daughter she rarely sees, and a secret that haunts her. Her assignment is to stage her own death and then observe, from her hiding place inside the walls of the house, how the other candidates react to the news that a murderer is among them. Who will take control? Who will crack under pressure?

But as soon as Anna steps on to the island she realises something isn’t quite right. And then a storm rolls in, the power goes out, and the real game begins…

The Dying Game is out now, published in the UK by Windmill Books, and in North America by Penguin. Now, on with the excerpt!

END_OF_DOCUMENT_TOKEN_TO_BE_REPLACED 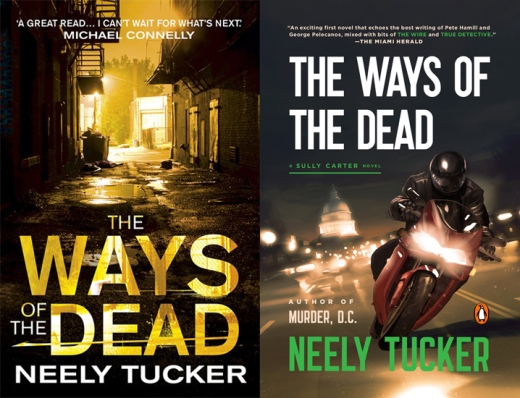 Sarah Reese, the teenage daughter of a powerful Washington, D.C. judge, is dead, her body discovered in a slum in the shadow of the Capitol. Though the police promptly arrest three local black kids, newspaper reporter Sully Carter suspects there’s more to the case. Reese’s slaying might be related to a string of cold cases the police barely investigated, among them the recent disappearance of a gorgeous university student.

A journalist brought home from war-torn Bosnia and hobbled by loss, rage, and alcohol, Sully encounters a city rife with its own brand of treachery and intrigue. Weaving through D.C.’s broad avenues and shady backstreets on his Ducati 916 motorcycle, Sully comes to know not just the city’s pristine monuments of power but the blighted neighborhoods beyond the reach of the Metro. With the city clamoring for a conviction, Sully pursues the truth about the murders — all against pressure from government officials, police brass, suspicious locals, and even his own bosses at the paper.

A wry, street-smart hero with a serious authority problem, Sully delves into a deeply layered mystery, revealing vivid portraits of the nation’s capital from the highest corridors of power to D.C.’s seedy underbelly, where violence and corruption reign supreme — and where Sully must confront the back-breaking line between what you think and what you know, and what you know and what you can print. Inspired by the real-life 1990s Princeton Place murders and set in the last glory days of the American newspaper, The Ways of the Dead is a wickedly entertaining story of race, crime, the law, and the power of the media. Neely Tucker delivers a flawless rendering of a fast-paced, scoop-driven newsroom — investigative journalism at its grittiest.

It’s taken me a while to finally get around to reading this series, despite buying The Ways of the Dead on the day of its UK release last year. Nevertheless, with the recent publication of Murder, D.C., I decided it was time to give it a try — and I’m really glad that I did. I read both of these novels back-to-back, and in a handful of blissful days of reading. Both of these novels are fantastic — brilliantly written, plotted and paced, they are easily two of the best crime novels I’ve read in quite a few years. END_OF_DOCUMENT_TOKEN_TO_BE_REPLACED