Above is the new music video for Slipknot‘s latest single, “Unsainted”. Taken from the upcoming album, We Are Not Your Kind, it’s really good. For me, it strongly calls to mind their earlier albums, and in some very good ways. END_OF_DOCUMENT_TOKEN_TO_BE_REPLACED 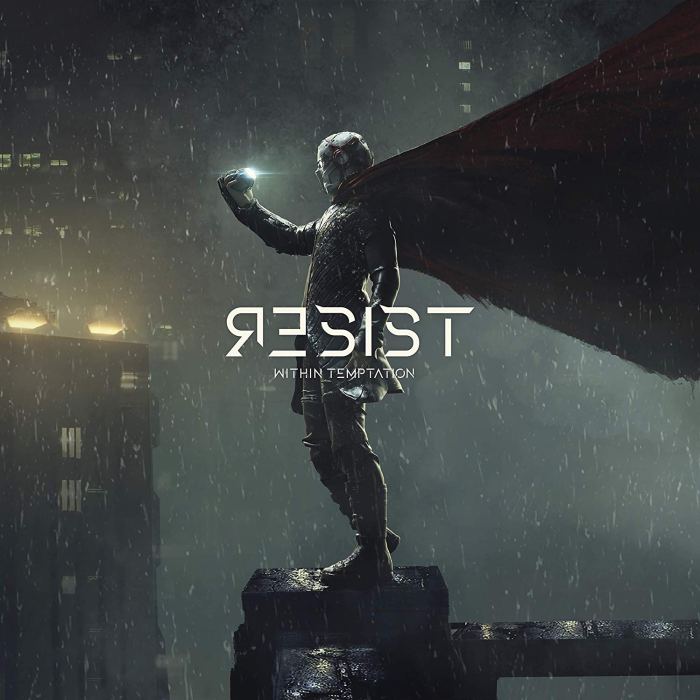 Dutch symphonic metal band Within Temptation return this year with Resist, their first album since 2014’s Hydra. A band I have been listening to for decades, I’m really looking forward to it (they are one of the bands whose new music I pre-order immediately). END_OF_DOCUMENT_TOKEN_TO_BE_REPLACED

Yesterday, during one of my many YouTube music-video binges, I stumbled across the new video for Five Finger Death Punch’s “Gone Away” (above). I had missed its release entirely (despite 5FDP being one of my favourite bands), and quickly realized it was a (very faithful) cover of The Offspring’s song of the same name. It’s been a long time since I last listened to anything by Offspring (which is strange, because I love their earlier albums), but it was amazing how quickly the lyrics came flooding back. So, naturally, I sang along. It was a welcome trip down memory lane.

5FDP’s cover appears on their greatest hits (so far) collection, A Decade of Destruction. The original song (video below) appeared on Offspring’s Ixnay on the Hombre album (1996) — the follow up to the appropriately-named Smash (1994).

I’ve liked Slipknot’s music since the beginning, really. I was going through my angry teen phase when their eponymous album was released (although, without the “angry” side – I was always more curmudgeonly than angry). Their musical aggression and interesting interviews always kept them on my playlists. As new albums were released, and the band evolved, they remained there. Side-projects emerged – Stone Sour the best by miles. But always Slipknot remained waiting in the wings to drop a new album just when fans were starting to get impatient.

Their fifth album, The Gray Chapter will be released on October 21st by Roadrunner Records. Two singles have already been released: “The Devil In I” and “The Negative One”. Both, naturally, have really messed-up, horror-influenced music videos. And may even one-up Marilyn Manson, this time around. Here they are:

THE DEVIL IN I (the better of the two, in my opinion)

I must confess, also, to still not really understanding the value that Clown adds to the songs. Every so often, he hits a bit drum. In previous songs, it was with a baseball bat. He never seems to add much to the groove or overall quality of the song. It seems he is just an angry dude in a clown mask, who sometimes helps out with the artwork and “artistic direction”.

… shows the band’s ‘softer’ side. Unlike “The Death of Me”, which is one of the best hard rock/metal songs ever written, “Moving On” has a bit more of an ’80s ballad vibe, with an added modern sheen. The song is also from From Death to Destiny, and is one of my favourites from the album. Here’s the video:

In Flames is one of my favourite bands – their last couple of albums haven’t had as much of an impact on me, though. Reroute to Remain and The Quiet Place are still two of my favourite albums. They recently unveiled a new video for “Rusted Nail”, the first single from their upcoming album Siren Charms. Here it is, via Metal Hammer:

It’s not bad. Not their best, but still pretty good. Think it’ll grow on me after a few more listens. A softer sound for the band, too, which is interesting.

As I’ve mentioned in the past on here, one of my other passions is music (in fact, this is a passion that has dominated far more of my life than books and reading). I used to spend hours each day investigating new bands, albums, songs – subscribing to multiple magazines (even importing them from the US). I even ran a little fanzine, “MWRI” – a Terry Pratchett reference, “Music With Rocks In” (even then, I was a SFF fan). Recently, however, I’ve been listening to less new music.

Partly, this grew from an impression that things were starting to stagnate a little in the rock and metal communities. “Heavier and Louder” were the order of the decade, it seemed. I like plenty of groove and melody, though, so when ever some of my favourite bands started to conform to the “bludgeon thy listener unto death” gospel of rock, I lost ever-more interest, narrowing the number of bands I followed religiously. True, this is just a personal impression resulting from exposure to what felt like endless hardcore clones. Nevertheless, I felt slightly disillusioned with the scene I had called home since I bought Guns ‘n’ Roses’ Use Your Illusion I and Iron Maiden’s Fear of the Dark as a kid (I should thank Chris Green, a school friend, for lending me his discman and these two albums when I was ill – eternal gratitude). Although, I think Bruce Springsteen’s Born in the USA was the first album I loved (not as “hard” rock, but still part of the same larger community, I’ve always thought).

Over the past couple of years, though, melody and groove seem to be making a massive come-back, as bands and fans remember that it’s rock and roll, and that there’s nothing wrong with writing hooks. One of my favourite bands, Five Finger Death Punch, have been releasing consistently excellent (and progressively better) albums each year. Trivium rediscovered their love of classic, Metallica-esque metal, and released a stunning album. And so on. Recently, I finally discovered to new (for me) bands that write in the bounds of my tastes: HEARTIST and ASKING ALEXANDRIA.

HEARTIST is actually a new band – their debut EP, Nothing You Don’t Deserve was released last year by Roadrunner Records (to whom I used to be a staunch, buy-everything devotee). I have a great many fond memories of interviewing RR bands, getting into their gigs for free (I was, quite literally, “On the guest list” – which made me feel oh-so-special). Nothing You Don’t Deserve is a pretty solid EP, too – a perfect introduction to their music, if you haven’t come across their music videos on YouTube – as, I’m sure, most people now do when discovering new bands (remember MySpace? Yeah…). The band mixes a lot of influences into a very modern-sounding punk-rock-metal melange. “Heart of Gold”, for example, has elements of Linkin Park and Funeral For A Friends more radio-friendly sounds, but still sounds different enough to not be a rip-off. Probably the best two songs on the disc, which meld a number of their influences and tempos, are “Where Did I Go Wrong?”…

If you get the chance, I’d recommend them very highly.

ASKING ALEXANDRIA are a pretty well-established metalcore band, but I only sat up and took notice when I stumbled across their video for “The Death of Me”, from their latest album From Death To Destiny (Sumerian Records):

As it turned out, this is actually the Rock Version of the song – the main album version is a fair bit heavy, with melodies that are more understated, but by no means absent.

These guys have added a hell of a lot more groove-elements and melody than in their previous albums. And it works really well. They’re still firmly in the metalcore camp, but damn they can pen some catchy songs. Some songs on From Death To Destiny are far more commercial and less aggro – such as “Poison”, “Moving On” (reminiscent of Bon Jovi, this one), “White Line Fever” and “The Road”. But the aforementioned “The Death of Me” and “Run Free” are sufficiently heavy to please metalheads of yore. Here’s the video for “Run Free”, which highlights perfectly their heavy groove and soaring melodies…

I love this album, and it’s been on near-constant rotation since I bought it. Very highly recommended.

I must shamefully admit that I haven’t read any of Ben Aaronovitch’s Peter Grant novels. Despite owning all of them. Nevertheless, and in advance of my eventual (inevitable) reading of the series, here is a recently-created music video, inspired by the novels…