The Shites of the Round Table…?

Everyone thinks they know the story of King Arthur and his knights of the Round Table.

The fact is they don’t know sh*t.

Arthur? An over-promoted gangster.
Merlin? An eldritch parasite.
Excalibur? A shady deal with a watery arms dealer.
Britain? A clogged sewer that Rome abandoned just as soon as it could.

A savage and cutting epic fantasy, equally poetic and profane, By Force Alone is at once a timely political satire, a magical adventure, and a subversive masterwork.

Lavie Tidhar is one of the most interesting storytellers writing today. Never shy of tackling sensitive topics and subjects (Hitler and Osama bin Laden to name but two recent-ish subjects), in By Force Alone he turns his attention to the Arthurian myth — in many ways, the closest the United Kingdom has to a founding mythology. This is not the Arthur, Merlin, Guinevere, and Lancelot you may know from other popular interpretations: This is an entirely new beast. It is a grim, grubby version of Camelot and post-Roman Britain. It is also very funny, engaging, and gritty. I really enjoyed this. END_OF_DOCUMENT_TOKEN_TO_BE_REPLACED 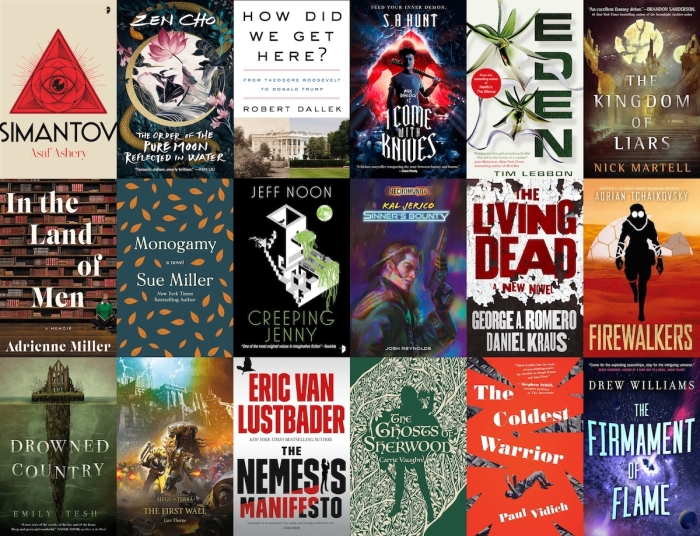 END_OF_DOCUMENT_TOKEN_TO_BE_REPLACED

I think of it as a romance novel! But you could equally say it’s a spy novel, or a murder mystery, or a WW2 novel, or that it’s about the death of empire and the inevitability of history. You know, fun stuff. Or you could say, as Cory Doctorow very astutely pointed out, that it’s about slightly shit superheroes. END_OF_DOCUMENT_TOKEN_TO_BE_REPLACED 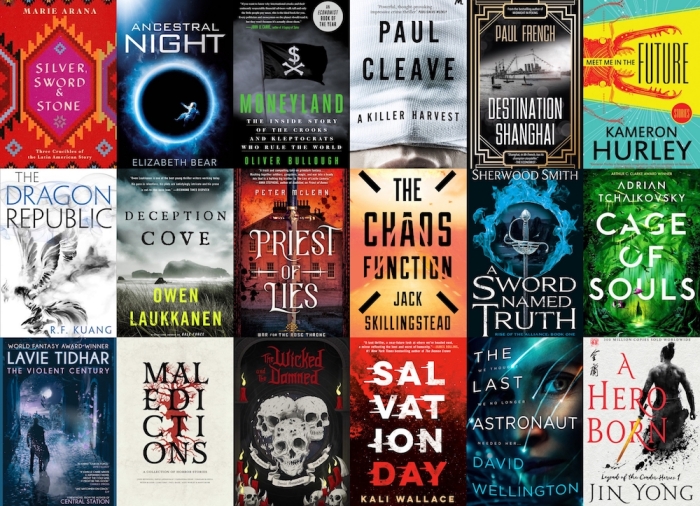 END_OF_DOCUMENT_TOKEN_TO_BE_REPLACED

Quite the bumper-crop of new ARCs and purchased books pre-Christmas/New Year!

END_OF_DOCUMENT_TOKEN_TO_BE_REPLACED 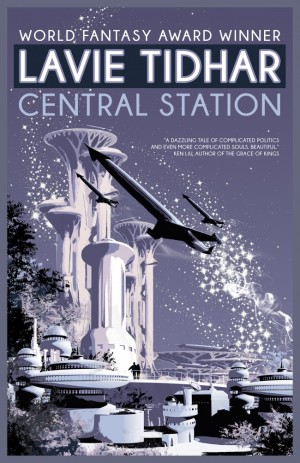 Ok, I already have this, and featured it in a Books Received post a couple months back. But, today Tachyon unveiled that superb new cover, above, for Lavie Tidhar’s highly-anticipated new book, Central Station. It’s comprised of a series of novellas/short stories, stitched together to create a larger story. It sounds fantastic and, while the previous cover was also really nice, now it also looks magnificent. Here’s the synopsis:

A worldwide diaspora has left a quarter of a million people at the foot of a space station. Cultures collide in real life and virtual reality. The city is literally a weed, its growth left unchecked. Life is cheap, and data is cheaper.

When Boris Chong returns to Tel Aviv from Mars, much has changed. Boris’s ex-lover is raising a strangely familiar child who can tap into the datastream of a mind with the touch of a finger. His cousin is infatuated with a robotnik — a damaged cyborg soldier who might as well be begging for parts. His father is terminally-ill with a multigenerational mind-plague. And a hunted data-vampire has followed Boris to where she is forbidden to return.

Rising above them is Central Station, the interplanetary hub between all things: the constantly shifting Tel Aviv; a powerful virtual arena, and the space colonies where humanity has gone to escape the ravages of poverty and war. Everything is connected by the Others, powerful alien entities who, through the Conversation — a shifting, flowing stream of consciousness — are just the beginning of irrevocable change.

At Central Station, humans and machines continue to adapt, thrive… and even evolve.

Central Station is due out in May 2016. Tachyon have also shared a pair of travel posters for Central Station, which are rather fantastic: