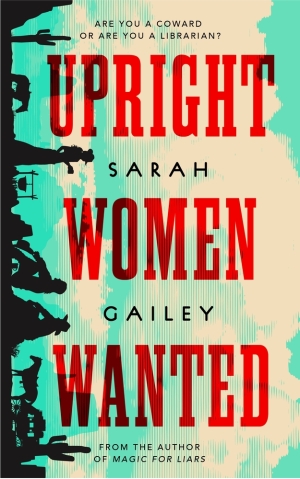 Reinvents the pulp Western with an explicitly antifascist, near-future story of queer identity.

“That girl’s got more wrong notions than a barn owl’s got mean looks.”

The future American Southwest is full of bandits, fascists, and queer librarian spies on horseback trying to do the right thing.

Sarah Gailey has really carved out a niche for herself in the pulp western sub-genre. First, with the American Hippo duology (also published by Tor.com), and now with Upright Women Wanted. I’d been looking forward to this since it was announced, and I’m happy to report that I enjoyed it very much. END_OF_DOCUMENT_TOKEN_TO_BE_REPLACED