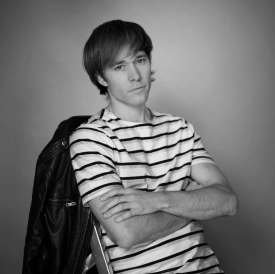 Let’s start with an introduction: Who is Thomas Olde Heuvelt?

I’m a Dutch guy who writes pretty scary novels. I started out pretty young, and even now, after five novels, I look younger than I am. So much that at signings, people always thought I was the minion helping with the book sale instead of the author. Two years ago — I was 30 then — I was having dinner with Peter Straub and Jeff VanderMeer and a bunch of other writers in Washington, and I was asked for ID when the waiters poured the wine. They thought I was their adopted child or something.

Oh, right, serious biography stuff. I also won a Hugo. And I have a novel out internationally in 2016 called HEX.

Your latest novel, Hex, will be published by Hodder in the UK. It looks rather fabulous: How would you introduce it to a potential reader?

Thanks — I’m totally in love with the cover. It’s so creepy! HEX is a creepy book about a modern day town, haunted day and night by a 17th century witch whose eyes are sewn shut. The town is virtually quarantined by its elders to prevent her curse from exploding. Frustrated with being kept in lock down, the town’s teenagers decide to break their strict regulations and go viral with the haunting, but in doing so, send the town spiraling into… well, into very dark times, to frame it nicely. Also, I’d say that with HEX, I set off to write the scariest book I could imagine. I took elements from classical horror and tried to turn them around in a modern, twisted way. The witch’s haunting is very rock ‘n’ roll. She’s always there. She walks the streets day and night. She enters your home. She stands next to your bed for nights in a row. The town is bugged with cameras and there’s this control centre that tries to hide her from sight all the time. But besides the supernatural power, it’s a book mostly about human evil. 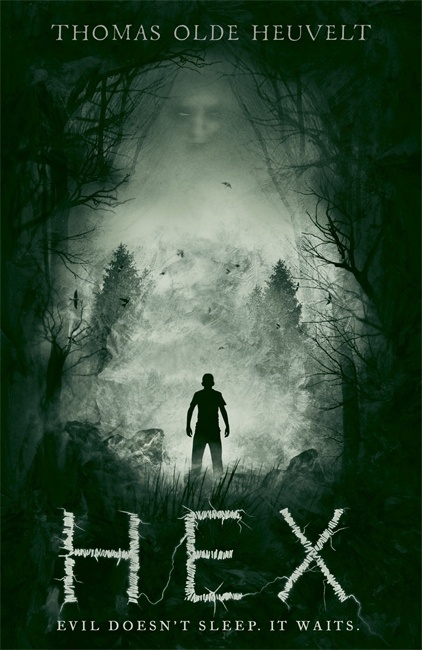 It came to me during a seance. I just dreamt the images, sitting there naked and chanting and covered in blood, and when I woke up from it, it was just… there.

Nah — I’ve always wanted to write a novel about a witch, ever since I was traumatized by Roald Dahl’s The Witches (I mean, I was seven at the time…) and spending a night in the woods after seeing The Blair Witch Project. In the former, witches are everywhere. In the latter, the scary part is that you do not see the witch. Katherine van Wyler, the witch in HEX, has influences of both. Of course she has this horrible, disfigured face because her mouth and eyes are sewn shut… but for exactly the same reason, you never really get to see her. If you can’t see someone’s eyes, you’ll never know what they think. That makes her so scary.

Sitting on my grandfathers lap by the fireplace. Literally. He was a true inventor of the new weird, even in the eighties. His stories were wild, although he never wrote them down or told them to anyone else except me and my sis. And then I turned nine, and my uncle told me the whole Lord of the Rings saga as an episodical bedtime story, followed by Bram Stoker’s Dracula. I was hooked.

As a child, I always wanted to fly. So I wanted to be an airline pilot. I had a scrapbook full of newspaper clippings about air disasters. There it was — my fascination of all things magical and all things dark intertwined. It’s probably a good thing that I never ended up being a pilot. Today I can’t imagine doing anything else than imagining stuff and write it down. I don’t really feel I’m working within the publishing industry, I’m working within my headspace. I have agents who do all the industrial work. Nowadays, every two weeks or so I get an email from them saying “Hey, we have a short story deal for you in Japan”, or, “Hey, here’s an offer for HEX from Brazil”, and I just have to say, “Yes” and “You’re so incredible cool.”

I wish I had, because in such a completely and utterly fictional situation, I could actually follow such practices. In reality it just feels like I’m ploughing through, struggling and trying and somehow managing every time and again.

I finished my first short story when I was ten. Before, I had started about a thousand, but then a buddy would ring the doorbell and ask me out to play soccer or climb roofs or set fire to some boxes (or all three at the same time) and I forgot about the story. But that first story was a kind of Sci-Fi Christmas Carol, featuring me and my sister in Bethlehem in the year 3,000, and we had to save our grandmother from the hospital as she was giving birth to the antichrist (it was a present to my grandmother’s birthday at Christmas). It’s been a while, so I can’t really judge it on its literary merits.

Hidden I’m currently in the Swiss Alps finishing a new novel called Hidden Faces, which I’m very thrilled about. It’s a scary book about good people that end up in a really bad situation, and about mountains, and about possession, and about how we deal with the forces of nature. This is, compared to HEX, the other book I always wanted to write: I’m an avid mountaineer. After that? Some new shorts (they have done well for me, crossing borders and winning awards and such) and then another novel. One every year, ideally.

I’ve just finished Paul Tremblay’s Head Full of Ghosts. I enjoyed it tremendously — it’s so effective and scary in its simplicity. The premise seems not very original, but that’s misleading, and the ambiguity is fantastic. Best horror novel of the last couple of years.

First, that my last name is actually Olde Heuvelt, not Heuvelt. I know, it’s a weirdly Dutch name, and even Dutch folks misspell it. It’s old Dutch dialect meaning ‘Old Hill’, but I figured I better stick with the original than take a pseudonym. There’s already a horror writer named Hill, of course, and I’m actually younger, not older, smiley-face. Second, I had the haircut before Justin Bieber did. And I stuck with it, unlike him (that probably proves him much cooler than me, but hey, I’m just a writer). I did end up with a lot of Justin Bieber comparissons over the years. Until last year. I was in an elevator in the US, and this woman walks in, and she goes: “Oh my God you totally look like Jon Bon Jovi.” And I was like, hey, I can live with that.

I tremendously look forward to the reception of HEX in all these different countries where it will appear. This has always been a dream of mine and I’ve been working for years to realize it. Now people in China and Turkey and Canada and France and Serbia and many other countries are suddenly reading my work. In Holland, I’ve been getting so many messages from readers who told me they had to leave the lights on at night after finishing the book, in order to fall asleep. I wonder if it will have the same effect on people abroad. Also I’m going on tour in some of these countries, starting with a US tour in June and July. That’s going to be special!

Hex is published today in the UK, by Hodder. The novel was published in the US by Tor Books, on Tuesday. For more on Thomas Olde Heuvelt’s writing and novels, be sure to check out his website, and follow him on Twitter and Goodreads. 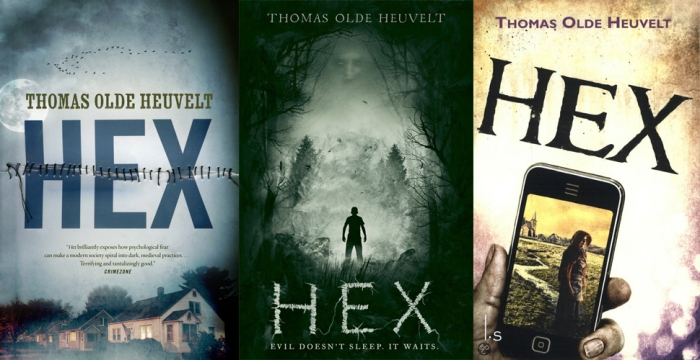 One thought on “Interview with THOMAS OLDE HEUVELT”