The penultimate novel in the action-packed Jack West, Jr., series.

AN INCREDIBLE VICTORY AT A TERRIBLE PRICE

Against all the odds, Jack West Jr found the Three Secret Cities – but at a heartbreaking cost.

TO THE MOUNTAINS AND THE FALL

Still reeling from his loss, Jack must now get to one of the five iron mountains – two of which have never been found – and perform a mysterious feat known only as ‘The Fall’.

Amid all this, Jack will discover that a new player has entered the race, a general so feared by the four legendary kingdoms they had him locked away in their deepest dungeon.

I’ve been reading Reilly’s Jack West Jr. series since the paperback release of Seven Ancient Wonders, which I think I picked up on a whim (from WH Smiths, if I recall correctly). It introduced a host of fun new characters, and offered an action-packed thrill-ride. A blockbuster movie on the page, filled with secret history, insane action scenes, some fun technology, and superb pacing. Each of the series novels since (the titles have been counting down) has offered much the same level of entertainment and action, building nicely on the mythology of its particular secret history. The Two Lost Mountains is another fast-paced novel, which sets up the final book very nicely. END_OF_DOCUMENT_TOKEN_TO_BE_REPLACED

Evan Smoak returns, but this time he’s the one who needs help…

Who is THE NOWHERE MAN?

He is spoken about only in whispers. He comes to those in greatest need of his protection. There is no enemy he cannot fight. He lives by his own code. He takes no prisoners. His name is Evan Smoak.

Taken from a group home when he was young, Evan was raised and trained as an Orphan, an off-the-books black box program designed to create the perfect deniable intelligence asset: An assassin. Evan was Orphan X — until he used everything he’d learned to disappear and reinvent himself as the Nowhere Man.

But now, his new life has been interrupted by a surprise attack from an unlikely source. Captured, drugged, and spirited off to a remote location, Evan finds himself heavily guarded from everything he knows. His captors think they have him trapped and helpless in a virtual cage, but they do not know that they’re dealing with one of the deadliest, most resourceful men on earth.

Introduced in Orphan X, noble avenger of the downtrodden and persecuted Evan Smoak returns in The Nowhere Man. This time, he’s forced to employ all of his skills and wits to escape from the grips of a psychopathic thief. A gripping action/thriller, I enjoyed this. END_OF_DOCUMENT_TOKEN_TO_BE_REPLACED 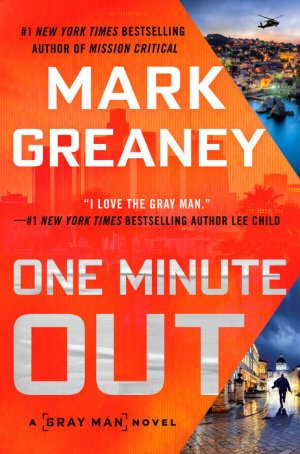 Today, Berkley publishes One Minute Out, the ninth novel in Mark Greaney‘s best-selling Gray Man series. The novel is due to be published on Thursday in the UK, by Sphere.

One of my must-read series, I’m very happy that the publisher has allowed me to run this excerpt from the new novel. First, however, the synopsis:

While on a mission to Croatia, Court Gentry uncovers a human trafficking operation. The trail leads from the Balkans all the way back to Hollywood.

Court is determined to shut it down, but his CIA handlers have other plans. The criminal ringleader has actionable intelligence about a potentially devastating terrorist attack on the US. The CIA won’t move until they have that intel. It’s a moral balancing act with Court at the pivot point.

Now, on to the excerpt…

END_OF_DOCUMENT_TOKEN_TO_BE_REPLACED 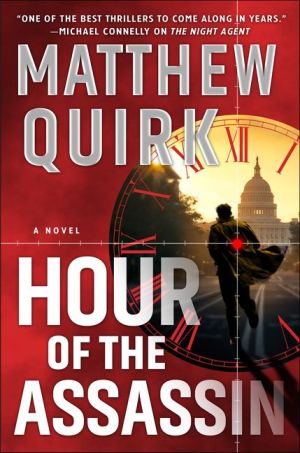 Framed and on the run for his life, a former Secret Service agent discovers how far some men will go to grasp the highest office in the land…

As a Secret Service agent, Nick Averose spent a decade protecting the most powerful men and women in America and developed a unique gift: the ability to think like an assassin. Now, he uses that skill in a little-known but crucial job. As a “red teamer,” he poses as a threat, testing the security around our highest officials to find vulnerabilities — before our enemies can. He is a mock killer, capable of slipping past even the best defenses.

His latest assignment is to assess the security surrounding the former CIA director at his DC area home. But soon after he breaches the man’s study, the home’s inner sanctum, Nick finds himself entangled in a vicious crime that will shake Washington to its foundations — as all the evidence points to Nick.

Nick knows he’s the perfect scapegoat. But who is framing him, and why? To clear his name, he must find the truth — a search that leads to a dark conspiracy whose roots stretch back decades. The prize is the most powerful position in the world: the Oval Office.

To save himself and the people he loves, Nick must stop the men who rule Washington before they bury him along with their secrets.

I’ve been a fan of Matthew Quirk’s novels ever since I got my hands on an ARC of his debut, The 500. I blitzed through it in one long, gloriously entertaining sitting (staying up way into the night). Since then, I’ve read most of his novels and each has been a fast-paced thriller set in and around American politics — often in and around D.C., specifically. Hour of the Assassin is exactly the kind of novel I expected from Quirk: fast-paced, entertaining, and filled with commentary on the state of modern politics. END_OF_DOCUMENT_TOKEN_TO_BE_REPLACED

A young boy struggling to control his newfound powers. A single mom fighting the odds to keep her son safe. Secrets, conspiracies, mysteries, all dangerously swarming around one family…

A fantastic adaptation of a comic series I couldn’t finish…

THE BOYS is an irreverent take on what happens when superheroes, who are as popular as celebrities, as influential as politicians and as revered as Gods, abuse their superpowers rather than use them for good. It’s the powerless against the super powerful as The Boys embark on a heroic quest to expose the truth about “The Seven,” and their formiddable Vought backing.

When I first heard that Amazon was adapting Garth Ennis’s The Boys into a TV series, I admit I was skeptical. Mainly, my reaction was, “But… how?” It is a series that by no means pulls its punches, is graphic to the point of being gratuitous, and doesn’t exactly come across as corporate-friendly. Nevertheless, I dipped in, and blitzed through it. The Boys is a fantastic show. END_OF_DOCUMENT_TOKEN_TO_BE_REPLACED

Today, we have the annotated first chapter of Sean Grigsby‘s latest novel, Ash Kickers — the sequel to Smoke Eaters. Published this week by Angry Robot Books, the author has added some commentary about the story and his writing. First, though, here’s the synopsis:

With ex-firefighter Cole Brannigan in command of the Smoke Eaters, the dragon menace is under control. Thanks to non-lethal Canadian tech, the beasts are tranquilized and locked up, rather than killed. But for Tamerica Williams, this job filled with action and danger, has become tediously routine.

When a new threat emerges, a legendary bird of fire – the Phoenix – it’s the perfect task for Williams. But killing the Phoenix just brings it back stronger, spreading fire like a plague and whipping dragons into a frenzy. Will it prove to be too much excitement, even for adrenalin-junkie Williams?

And now, on with the excerpt!

END_OF_DOCUMENT_TOKEN_TO_BE_REPLACED 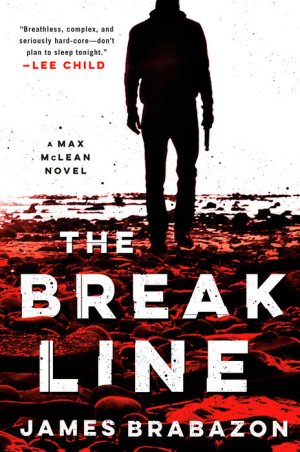 An assassin sent into the field with limited information, confronted by a bizarre, deadly mystery in the jungle

When it comes to killing terrorists British intelligence has always had one man they could rely on, Max McLean. As an assassin, he’s never missed, but Max has made one miscalculation and now he has to pay the price.

His handlers send him to Sierra Leone on a seemingly one-way mission. What he finds is a horror from beyond his nightmares. Rebel forces are loose in the jungle and someone or something is slaughtering innocent villagers. It’s his job to root out the monster behind these abominations, but he soon discovers that London may consider him the most disposable piece in this operation.

I’m so used to reading thrillers and spy novels starring American protagonists — be they independent contractors, CIA or FBI agents. It was therefore quite refreshing to read James Brabazon’s debut novel. It is, at times, wonderfully British in idiom and style and it left me a little homesick. It should definitely still appeal to an international readership, however (as a Brit living overseas, however, there were things that struck a chord of nostalgia). Overall, I enjoyed this quite a bit. A promising start to a new series. END_OF_DOCUMENT_TOKEN_TO_BE_REPLACED

Let’s start with an introduction: Who is James Brabazon?

I’m an author, journalist and documentary filmmaker. I live in the UK, and I’ve travelled a lot for work — 72 countries and counting — investigating, filming and directing in the world’s most hostile environments. When I’m not writing I oversee the security protocols for high risk deployments on behalf of the UK broadcaster Channel 4.

Your new novel, The Break Line, was recently published by Berkley. It looks really interesting.

How would you introduce it to a potential reader?

The Break Line is a thriller that follows the adventures of the Irish spy-assassin Max McLean – a completely deniable, off-the-books operator who works for the British Government. After more than two decades of loyal service Max is given a target he decides not to kill. The consequences of that decision take him on an adrenaline fuelled operation to Sierra Leone in West Africa where he uncovers a sinister plot to bring the West to its knees. Trouble is, the bad guys are a lot closer to home than Max could ever have imagined possible… END_OF_DOCUMENT_TOKEN_TO_BE_REPLACED

I was browsing through a Macmillan catalogue, when I stumbled across this title. I rather like the cover, even though it’s not the most eye-catching. Then I saw the tag, “A new adventure book in the tradition of Matthew Reilly and James Rollins”. Well, I like both Reilly and Rollins (I’m a sucker for action-adventure fiction), so I read the rest of the synopsis. It sounds pretty interesting:

Greg Rask, a dying tech billionaire, has invested millions chasing miracle cures. None of them are worth a damn, but he refuses to give up. Now, he’s gathering a team willing to go to the ends of the earth chasing life.

Each of Rask’s crew has beaten incredible odds to rise from the ashes of their old lives to where they are now. Together, their next task is to retrieve a painting that is believed to hide a map which, if genuine, marks it as a treasure of the Ahnenerbe, the occult wing of the SS, who had devoted dozens of expeditions in search of the three cintamani stones for their combined properties, and the lost city where they were rumored to lay hidden: Shambhala. But a mystical brotherhood sworn to protect the secrets of the ancients — the same secrets that allow its members to defy death — will stop at nothing to ensure that Rask’s crew fail.

In an adrenalin-pumping quest through some of the most savage terrains known to man, the crew will be pushed to the limits of endurance and beyond.

Ronan Frost‘s White Peak is due to be published by St. Martin’s Press on April 9th, 2019, and will be available in the UK. I’m really looking forward to giving it a try.