Let’s start with an introduction: Who is R.F. Kuang?

Me! I just graduated from Georgetown with a degree in International History. Next year I’ll be studying Chinese history on a Marshall Scholarship at Cambridge. I love corgis a lot.

Your debut novel, The Poppy War, was recently published by Voyager. How would you introduce it to a potential reader? Is it part of a series?

It’s like Avatar: The Last Airbender-meets-Ender’s Game, except the main character is Azula and everyone is on drugs. It’s the first of a trilogy.

When I was five, my dad read George Orwell’s Animal Farm to me as a bedtime story. It all really spiraled from there.

When I have the time, I try to write at least 1,500 words a day. That falls by the wayside when school gets rough. I’m trying to get in a new habit of writing at least 100 words a day even on days when I’m absolutely slammed, just so that the project is always fresh in my mind.

I’ve also realized that I write best to music, so I’ve been using project playlists to jumpstart my writing brain on days when I’m not feeling it. Every character and act has its own playlist on Spotify. I sit for a few minutes just listening and try to envision the scene as a music video playing out in my head, and that’s usually enough to get me writing.

Your novel is inspired by Chinese history, which is a subject I’ve long been fascinated by, and have been researching and studying for 15 years. Which are your favourite books on Chinese history, and do you have any recommendations for a newcomer to the subject?

Rana Mitter’s Forgotten Ally: China’s World War II, 1937-1945 is an essential text for the decades I’m interested in. For a good introduction to the subject material of The Poppy War, I’d read Iris Chang’s The Rape of Nanking: The Forgotten Holocaust of World War II. I’m also a big fan of Jung Chang’s Wild Swans, which is a family autobiography describing the impacts of China’s political vicissitudes on three generations of Chinese women.

I wrote this truly terrible novel called Liberty or Death when I was in fifth grade. It’s about a freedom fighter named Patrick Dawson. His best friend Will is shot and killed in the Boston Massacre, so he goes on to “shoot and kill at least five hundred British” over his long and illustrious career as a soldier in the American Revolution. There’s a character named “Mr. Kunt” and that’s all I have to say about that.

We’re at an exciting place where more and more stories are being published by voices from marginalized backgrounds. The Poppy War isn’t even close to the first SFF novel about China published by a woman with Chinese heritage. It’s cool to not be the first. I had a lot of heroes in the genre to look up to — Ken Liu, Cindy Pon, Yoon Ha Lee, Fonda Lee, Alyssa Wong, the list goes on. Even just a decade ago, I don’t know that I would have been this lucky.

I’m working on book three. I have some other stuff in the pipeline, but it wouldn’t be prudent to talk about any of it yet.

I’m reading Philip Roth’s The Human Stain. I’ve never read Roth and I want to know what the conversation is all about. On the nonfiction side, I’m finishing up Erika Lee’s The Making of Asian America: A History. My Asian-American history is embarrassingly bad, and since it’s AAPI Heritage Month, I thought I should at least read this.

This is an impossible question. Right now, probably Ruth Ozeki’s My Year of Meats. 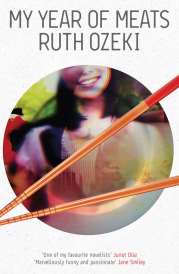 I used to be a nationally ranked competitive debater in high school! Debate was my entire life for four years. One day maybe I’ll write a YA book about it.

Definitely moving to England with the rest of the Marshall Scholars and starting my graduate studies at Cambridge. I google pictures of Magdalene College every day.

R.F. Kuang’s The Poppy War is out now, published by Voyager in North America and in the UK.

4 thoughts on “Interview with R.F. KUANG”