Skip to content
HomeReview: DON’T LOOK FOR ME by Mason Cross (Orion/Pegasus) 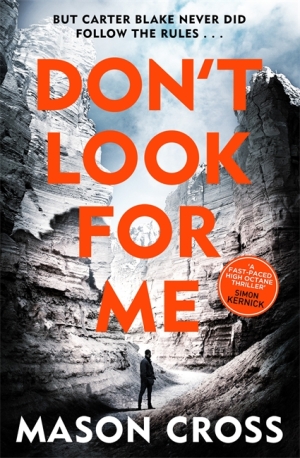 Don’t look for me.

It was a simple instruction. And for six long years Carter Blake kept his word and didn’t search for the woman he once loved. But now someone else is looking for her.

He’ll come for you.

Trenton Gage is a hitman with a talent for finding people — dead or alive. His next job is to track down a woman who’s on the run, who is harbouring a secret many will kill for.

Both men are hunting the same person. The question is, who will find her first?

I loved the first three novels in Cross’s Carter Blake series. They could be seen as an opening trilogy, and after that story’s explosive ending, I wondered where Cross would take his character in the future. In Don’t Look For Me, the author adjusts the focus a bit, and gives readers a smaller-scale story that is no less gripping and enjoyable.

Throughout the first three novels, there were references to Blake’s partner, Carol, before he was forced to disappear. He briefly confronted her at the time, but she (justifiably, maybe) told him to leave her be, and “Don’t look for me.” Blake intended to respect her wishes, but the universe often screws up our plans.

Sarah Blackwell — former journalist and now full-time writer in Summerlin, Nevada — has some new, shifty neighbours. They are secretive and keep to themselves, but after overhearing an argument with them, she strikes up a friendship with the wife, Rebecca. Shortly thereafter, however, the couple vanishes. Blackwell becomes suspicious when she sees the house searched at night. She decides to investigate, herself, and finds the house deserted and pretty much empty. Save for a notebook, filled with strange notes and cryptic comments…

“…the very last page in the notebook had been used. It was one of the doodles… It was a glass-fronted box, like the kind fire alarm buttons are shielded behind. There was a neatly lettered sign above the box.

Break glass in case of emergency.

Inside the rectangular frame was a word, each letter printed carefully. Actually, it wasn’t a word at all.

It was an email address. 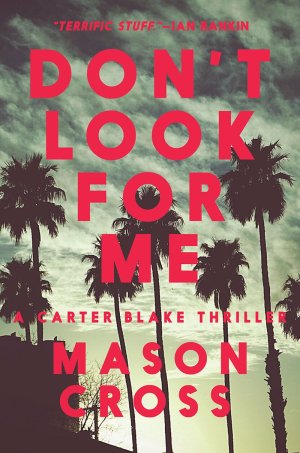 Blake, who had been recuperating on Grand Isle, Louisiana, gets pulled in to the mystery of Sarah Blackwell’s neighbours, and along the way learns a lot about the woman he left behind. However, as the synopsis states, he’s not the only one hunting for Rebecca and her husband. Trenton Gage, a trained and talented killer, has also been set on their trail. It’s a race against time between Gage and Blake, to see who can get to the couple first.

The scope of this novel, therefore, is smaller than the previous books. Instead of dealing with a larger political stage — which roped in the wars in the Middle East, a shadowy black-ops organization, and the assassination of a government official — Don’t Look For Me is a more conventional manhunt novel. That’s not to say Cross doesn’t make this an original, engaging read — of course he does. He’s a superb author. This shift in focus was very reassuring for me — as I mentioned at the top, I’d wondered how he was going to employ his character after the conclusion of the third novel, which seemed to wrap up all of Blake’s loose-ends. Carol is another of his loose-ends, of course. It’ll be interesting to see how the series shapes up in book five (Presumed Dead, out in April 2018).

The novel is briskly paced and tightly written. It’s focused, and Cross doesn’t indulge in diversions or distractions. As a result, it’s an addictive, fast read. His characters are all interesting and realistic. Blake is developing nicely, as his aura of secrecy is slowly chipped away by Blackwell, and later Rebecca. The new characters introduced in Don’t Look For Me are very well-rounded, too. I particularly liked Blackwell. Gage was an interesting antagonist, but by no means a cookie-cutter psychopath/villain.

Overall, then, this is another excellent addition to the series. Cross rapidly climbed into the ranks of my favourite thriller authors, and each new novel has only cemented his position there. Any fan of thrillers should find a lot to like, here. This is a fantastic, gripping series. I really can’t wait for Presumed Dead.

Mason Cross’s Don’t Look For Me is out now in the UK, published by Orion; it is due to be published in the US by Pegasus Books in January 2018.

Also on CR: Reviews of The Killing Season, The Samaritan, The Time to Kill