Let’s start with an introduction: Who is Laurie Penny?

Back-of-a-napkin CV? I’m a writer and a political journalist, I live in London, and I come from the internet, just like you. I’m 29 years old, a pinko queer feminist social justice warrior, and a huge nerd.

Your new novella, Everything Belongs to the Future, will be published by Tor.com in October. I enjoyed it quite a bit. How would you introduce it to a potential reader?

It’s a near-future quasi-dystopian anarchist fable about biotechnology, surveillance, state violence, love and time. It’s got a cool weapon in it, and also some dirty bits.

What inspired you to write the novella?

I’ve been interested in the politics and practical applications of biotechnology for a long time, and a scientist friend challenged me to write a story about anti-ageing treatments. Then it was a question of following the characters where they led. 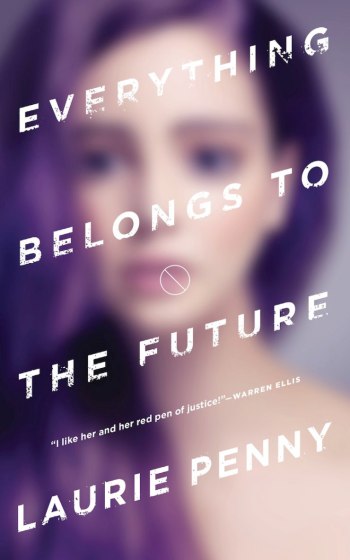 Oh, I’ve a magpie mind — and I’m a journalist, too, so it’s my job to scour the news, find stories that matter and ask, “what if?” But part of the discipline of having a regular column is coming up with the goods even when you don’t feel inspired. That doesn’t always translate to fiction, but I don’t believe in waiting around for a muse to show up. 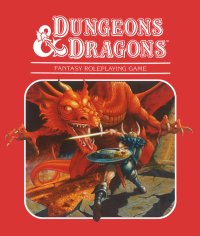 I’ve always read ‘literary’ fiction and genre fiction alongside each other — I started out with Tolkien, Pratchett, and some more obscure YA authors before Harry Potter arrived when I was eleven and made fantasy far more mainstream. From there, I got into horror and ‘hard’ science fiction. I played Dungeons and Dragons and other tabletop games from my early teens, and my gaming mates introduced me to comics. I’ve been a fanficcer and a livejournaller. I love the unfussiness of genre fiction — there’s a lot more room to experiment whilst still keeping the emphasis on brilliant stories, and it feels like a space that’s only becoming more inclusive.

Given that I’m now unemployable in any other field, I’d have to say I love it even if I didn’t. There are days when writing is like pulling teeth, when every line is a struggle, and then you remember that you’d rather be doing this than any other work in the world.

I’m a huge fan of Scrivener — it’s the ideal tool for people with messy brains who want to write books. Other than that, all I really need is a deadline and a ready supply of tea.

I’ve always known I would write. The only question is what kind of writing it’d be and whether I’d be able to make it my living. I wrote my first book when I was six — it was six pages long, and it was about forest pixies who had spears fashioned out of dandelion stems and lots of adventures. It had a very limited run, but my mum tells me it was well received by critics.

Science Fiction is the most exciting, most important literary genre we’ve got — I’ve always thought so, but right now, with so many diverse, hungry voices coming through with telling new stories in old ways and old stories in new ways, with fandom growing up and growing into itself, there’s never been a more exciting time to be a genre writer. If I can be a very small part of that project, I’ll be happy.

Hah! I have a million projects. I’m trying to finish a novel pitch and get more of my short stories together, and I’ve also just wrapped up a book of collected essays on gender and identity, called Bitch Doctrine, which will be out next year. I’ve a comic on the back burner, but I’m waiting to find the right artist for that. What have I forgotten? Oh, right, I also have a full-time journalist job. Sometime soon I might even take a day off.

I plough through fiction at a terrific clip- right now I’m reading Maggie Nelson’s The Argonauts and Ken Liu’s scintillating collection The Paper Menagerie and Other Stories and Alasdair Gray’s Lanark. Non-fiction wise, I’m re-reading Ellen Willis’s collected essays and Richard Sennett’s Together, which is about communes and tribes. I live in a big collective, so that interests me, plus it’s always nice to have my lifestyle choices intellectually validated.

If you could recommend only one novel to someone, what would it be and why?

That would be like asking me to recommend only one food — except worse. I think I’d rather eat only one food forever than never have a new book. Let’s go with the last book I recommended to someone, which would be Jeanette Winterson’s The Passion, a gorgeous little jewel of a novel about love and fear and time and queerness and identity and Napoleon and gambling and chicken. 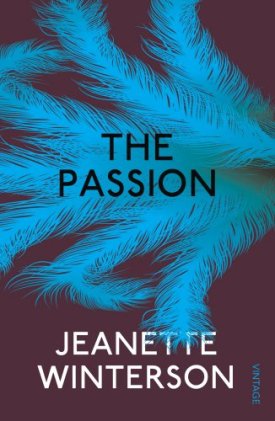 A lot of people who know me from the Internet seem to have the impression that, because I write about feminism and anti-capitalism, I must be six feet tall and intimidating, with laser eyes and razor teeth and a killer right hook. I wish! In real life, I’m five feet tall with a small voice, I’m shy, I jump at sudden noises, and I mostly like to sit in my room quietly, reading and drinking tea and sometimes playing board games. I am always surprised that this surprises people.

Well, personally, I’m really hoping to rearrange my writing work so I can spend more of my time on fiction. I’m looking forward to the end of US election season so we can get on with real politics. And I’m truly looking forward to turning 30, because it feels like a huge adult milestone, silly as that might sound — and I’ve got a bunch of exciting secret-for-now projects lined up that start just after that. So, watch this space.

Laurie Penny’s Everything Belongs to the Future is published by Tor.com on October 18th, 2016. For more on Penny’s writing and fiction, be sure to check out her website, and follow her on Twitter and Goodreads.

One thought on “Interview with LAURIE PENNY”