My debut novel, Bite, recently hit the shelves. When I give people a run-down of the book, as soon as they hear “post-apocalyptic,” the first question is always an inevitable: “So, are there zombies?” After saying, “nope, only cannibals” at least a dozen times, I started to wonder – why didn’t I include zombies? Because honestly, the thought had never crossed my mind until people began to ask.

Don’t get me wrong, zombies are awesome. I’ve happily watched every gore-filled “X of the Dead” Romero film to date, mowed down the shambling hordes in the Left 4 Dead games, and studied up on the Zombie Survival Guide. I’ve spent family dinners discussing our zombie-slaying weapons of choice, and which pets we’d eat first in the event of an outbreak. 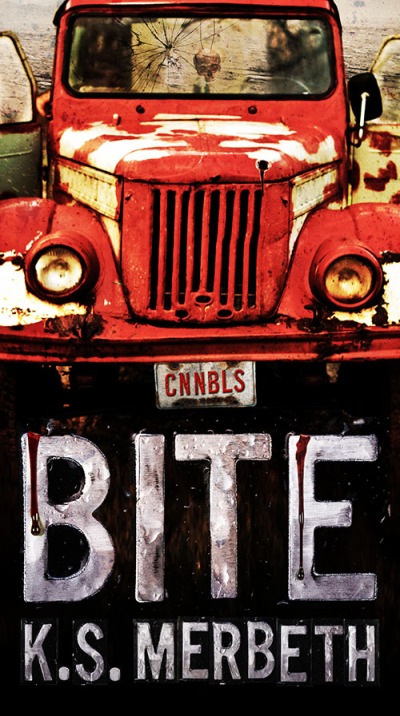 But, as much as I love zombies, it was never a question whether or not I wanted to include them in Bite. They never had a place in the story or the world I wanted to write. And in the end, the reason I don’t write about zombies boils down to one thing: zombies don’t scare me.

So why am I not afraid of shambling corpses who want to feast on my flesh?

It’s not just that they’re slow, or that they’re stupid. It’s not even that part of me will always be skeptical whether or not a zombie outbreak would ever occur. It’s that I don’t see the point in fearing something hypothetical when there are so many frightening things that exist now. This year especially has made it pretty damn clear that there are a lot of things to fear even in our blissfully zombie-free world. Hatred. Violence. War. People.

Especially people. Because as much as I love humanity, and as much hope as I have for the world – in the end, if anything is going to cause an apocalypse, it’s us.

As all good zombie stories make clear, even with an apocalyptic outbreak, the real enemy is other people. And really, what’s the point of zombies when people can be monsters – and monsters that are infinitely more complicated and fascinating.

K.S. Merbeth‘s Bite is out now, published by Orbit Books in the UK and US. For more on the author’s writing and novels, be sure to check out her website, and follow her on Twitter and Goodreads.

Here’s the synopsis for Bite:

Kid is trying to survive in a world gone mad.

Hungry, thirsty and alone in a desert wasteland, she’s picked up on the side of the road by Wolf, Dolly, Tank and Pretty Boy — outlaws with big reputations and even bigger guns.

But as they journey across the wild together, Kid learns that her newfound crew may not be the heroes she was hoping for. And in a world that’s lost its humanity, everyone has a bit of monster within them…