Let’s start with an introduction: Who is Mike Brooks?

Starting with a hard one, eh?

I’m currently thirty-three, but I tend to change my age every year. I’m British. I enjoy a select few video games, a select few Games Workshop games, walking in the countryside, watching football (soccer), MMA and nature/science documentaries, and playing guitar and singing in a punk band called Interplanetary Trash Talk. I also DJ occasionally, usually at the request/tolerance of the Rock Society of Nottingham Trent University, from which I graduated in 2003. I am, as you might expect, a massive fan of fantasy and science-fiction in various media.

I’m politically left-leaning, and it’s arguable whether that’s cause or effect of me working with the homeless for over ten years. I have little fear of public speaking or performance, but can struggle to make conversation one-to-one. I have difficulty in recognising or recalling faces, and would be much more comfortable in the world if everyone walked around with their name floating next to their head. I’ve been married for eight years. I go out of my way to say hello to cats.

Your debut novel, Dark Run, will be published by Del Rey this week in the UK. How would you introduce it to a potential reader? Is it part of a series?

I would introduce it as a science-fiction adventure featuring interplanetary smugglers, intrigue, revenge and an awful lot of treachery. You don’t need a physics degree to understand the science, it’s not so grimdark that you can’t see the walls, but there’s a lot of action and hopefully a fair bit of humour. People keep describing it as ‘fun’, and I’ll take that.

It is indeed part of a series – or at least, that’s the plan. The sequel Dark Sky is coming out in November, and after that… well, I’ve got plans, but the best-laid plans of mice and men seldom coincide. We’ll see what the future brings (hopefully a contract for more books). 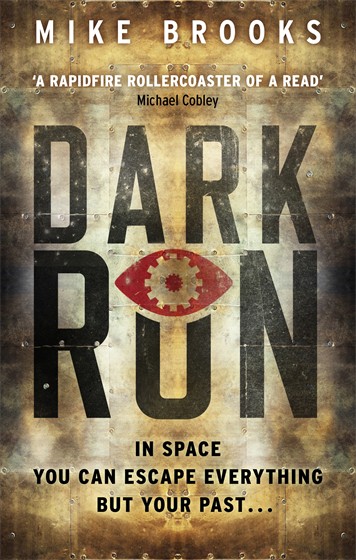 Complete honesty? What inspired me to write the series was a desire to get published! I’d oh-so-nearly been taken on by Del Rey UK with another project, but fell at the last acquisitions meeting hurdle. However, they asked me to keep them updated on what I wrote next, so I effectively said to Rob Dinsdale (my agent) ‘Okay, but I’ve got loads of ideas… what should I concentrate on?’ We decided that this sort of small-cast sci-fi was the way to go, and I set to work fleshing out the ideas I already had in this area that had been knocking around my head and my notebooks.

On a more general basis, I’d be lying if I said that Joss Whedon’s Firefly wasn’t a big inspiration, although there’s some major differences between the two. There’s elements of Games Workshop’s Necromunda game there too. However, I think one of the main things that has stuck with me about futuristic fiction was a comment from one of the crew on a “Making of Blade Runner” documentary where he was describing seeing the set for the first time and his reaction was “Whoah… the future is old.” If we look around today, very little is new and shiny – most stuff’s got a few knocks on it. I can’t see that changing in the future, because whatever we build is still going to have been lived in and used. The shining, pristine Enterprise seems much less likely to me than the Nostromo.

Finally, science itself is a huge inspiration for me. Professor Brian Cox’s series Wonders Of The Solar System is not only fascinating and beautiful, but also gave me loads of ideas for spectacular things that are lifted from real life. In fact, the setting for Dark Run‘s conclusion was inspired directly by a part of “Order Out of Chaos”, the second episode from that series.

Most children’s stories contain at least some elements of fantasy, from talking animals to dragons, from witches and wizards to fairies. I think most of us are introduced to “genre” fiction well before we ever meet anything else. I have particularly fond memories of Meg, Mog and Owl for some reason. Beyond that, it was the usual suspects like Narnia and Middle-Earth.

People are paying me for stories I make up in my head. It’s brilliant.

Not really. The internet is the frontline for research and I find it a godsend, since I have a brain that fixates on uncertainties and inaccuracies. I am genuinely uncomfortable with the notion that an expert in a certain field might pick up something I’ve written and proclaim “Well, that’s not right!”, so I try to get things as accurate as possible. Obviously that’s rather tricky with science-fiction, but I like to make sure that there’s at least some notion that what I’m writing about might be possible in the future. For example, in the world of Dark Run humanity has colonised the galaxy using an Alcubierre Drive that manipulates space-time and allows travel that is objectively faster-than-light, even if it’s not subjectively faster-than-light to those undergoing it. NASA is currently researching Alcubierre technology, so that’s good enough for me.

I realised I wanted to be an author when I was… I don’t know, six? By the time I got to seventeen and was having a meeting with my school’s Careers Advisor I’d already decided that it wasn’t realistic, and had abandoned the notion. Which shows how much seventeen year-old me knew. I started pursuing it again a few years ago with no real notion that it would go anywhere, and have been pleasantly surprised ever since. 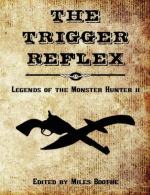 My first foray into writing is lost in the mists of time. My first published foray into writing would have been the short story “Under Construction” published in The Trigger Reflex, an anthology by Pill Hill Press. That was an urban fantasy short story featuring the supernatural-fighting vigilante taxi driver Simon Seys and his colleagues in the Irregulars, which I still hope to do something more with one day.

I wouldn’t really presume to have an opinion on the genre today! I enjoy parts of it, I enjoy other parts of it less. I hope my work fits into the parts that other people enjoy. That’s about it, really.

At the moment I’m working on the third book in the Keiko series, in the hope that someone’s going to offer me a contract for it. As for other projects, I have the afore-mentioned urban fantasy kicking about, and I started work on a more traditional ‘swords and shields’ fantasy project earlier this year while waiting on editorial feedback for Dark Sky. That’s very much a side project at the moment though – for now, Drift and his crew take priority writing-wise, not least because I’m still working full-time and need to fit in my various other hobbies as well, not to mention actually spending some time with my wife… 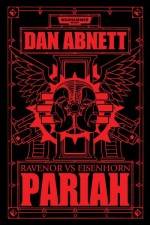 “At the moment” doesn’t tend to last long, since I can easily devour a book in a day if I have the time. However, at this very moment I’m re-reading Pariah by Dan Abnett.

Gods, I have no idea. I’ve only got nine toenails? It only takes me about five minutes to do my hair? I achieved Grade 5 in the cornet? My wife and I (and a couple of friends) set up and co-ran an alternative music clubnight for about five years that was deliberately inclusive and open to all sexualities? I suppose what people find surprising is based on what preconceptions they hold.

Seeing as I’m writing this a week before Dark Run comes out, I’ll say the release of my first novel! After that… probably the release of Dark Sky. Hopefully. Unless by November I’ll be found whimpering underneath a pile of slavering 1-star Amazon reviews and dreading the prospect of more of my work being shared out into the cruel world. But I think I’ll be okay.

2 thoughts on “Interview with MIKE BROOKS”