Skip to content
HomePosts tagged 'War for the Rose Throne' 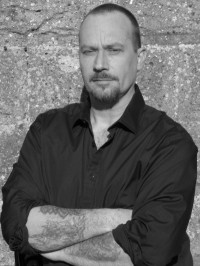 Welcome back to CR! For new readers, let’s begin with a quick introduction: Who is Peter McLean?

Hi, thanks for having me back! I’m a British fantasy author based in Norwich, England, which is a small city a couple of hours from London on the east coast of the UK. I wrote the Burned Man urban fantasy series a few years ago, but am now mostly known for last year’s Priest of Bones which came out October 2018 from Ace in the US and Jo Fletcher Books in the UK. I’m married to Diane and, like most authors, am owned by a cat.

Since we last spoke, you’ve started a new fantasy series that is generating a lot of great interest and reviews. How would you introduce the series to a new reader?

When my agent and I were first shopping Priest of Bones to editors we pitched it as “The Godfather with swords”, and I still think that’s a pretty accurate representation. It’s a gangster story set in a quasi-Tudor world, told in the first person narration of crime lord turned soldier turned priest Tomas Piety. In the tradition of mafia family epics, it’s a story of power and corruption, intrigue and revenge. END_OF_DOCUMENT_TOKEN_TO_BE_REPLACED