Gareth L. Powell‘s latest novel, Embers of War has been receiving some very good pre-publication buzz. Today, we have an excerpt from the novel. Published by Titan Books today in the US and UK, here’s the synopsis:

The sentient warship Trouble Dog was built for violence, yet following a brutal war, she is disgusted by her role in a genocide. Stripped of her weaponry and seeking to atone, she joins the House of Reclamation, an organisation dedicated to rescuing ships in distress. When a civilian ship goes missing in a disputed system, Trouble Dog and her new crew of loners, captained by Sal Konstanz, are sent on a rescue mission.

Meanwhile, light years away, intelligence officer Ashton Childe is tasked with locating the poet, Ona Sudak, who was aboard the missing spaceship. What Childe doesn’t know is that Sudak is not the person she appears to be. A straightforward rescue turns into something far more dangerous, as Trouble Dog, Konstanz and Childe find themselves at the centre of a conflict that could engulf the entire galaxy. If she is to save her crew, Trouble Dog is going to have to remember how to fight…

Now, on to the excerpt.

END_OF_DOCUMENT_TOKEN_TO_BE_REPLACED

I stumbled across Nick Setchfield’s new novel while browsing the Titan Books website, and thought it sounded quite interesting.

Europe. 1963. And the true Cold War is fought on the borders of this world, at the edges of the light.

When the assassination of a traitor trading with the enemy goes terribly wrong, British Intelligence agent Christopher Winter must flee London. In a tense alliance with a lethal, mysterious woman named Karina Lazarov, he’s caught in a quest for hidden knowledge from centuries before, an occult secret written in the language of fire. A secret that will give supremacy to the nation that possesses it.

Racing against the Russians, the chase takes them from the demon-haunted Hungarian border to treasure-laden tunnels beneath Berlin, from an impossible house in Vienna to a bomb-blasted ruin in Bavaria where something unholy waits, born of the power of white fire and black glass…

It’s a world of treachery, blood and magic. A world at war in the dark.

The War in the Dark is due to be published by Titan Books on July 17th, 2018. I’m looking forward to giving this a try.

Today, we have an excerpt from Kim Newman‘s fifth Anno Dracula novel, One Thousand Monsters. Published by Titan Books, here’s the synopsis:

From London to Tokyo…

In 1899 Geneviève Dieudonné travels to Japan with a group of vampires exiled from Great Britain by Prince Dracula. They are allowed to settle in Yōkai Town, the district of Tokyo set aside for Japan’s own vampires, an altogether strange and less human breed than the nosferatu of Europe. Yet it is not the sanctuary they had hoped for, as a vicious murderer sets vampire against vampire, and Yōkai Town is revealed to be more a prison than a refuge. Geneviève and her undead comrades will be forced to face new enemies and the horrors hidden within the Temple of One Thousand Monsters…

Now, read on for the extract!

END_OF_DOCUMENT_TOKEN_TO_BE_REPLACED 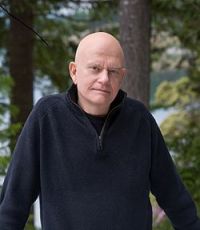 I had always wanted to write a novel, and with luck, publish it. And for some reason I chose age 40 as my deadline. But the years passed and, on the day when I turned 39, I hadn’t written a single page. There were numerous reasons for that not the least of which was the fact that I had a demanding job, a wife, and two children. 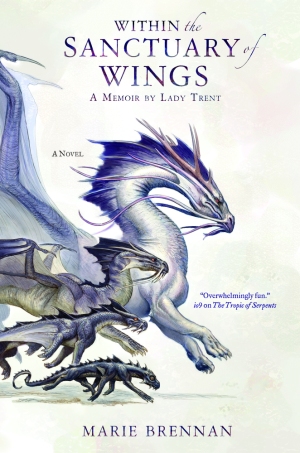 To celebrate the recent release of Marie Brennan‘s Within the Sanctuary of Wings, Tor Books has sent me this excerpt to share. The final novel in the author’s Memoirs of Lady Trent fantasy series, first here’s the synopsis:

After nearly five decades (and, indeed, the same number of volumes), one might think they were well-acquainted with the Lady Isabella Trent — dragon naturalist, scandalous explorer, and perhaps as infamous for her company and feats of daring as she is famous for her discoveries and additions to the scientific field.

And yet — after her initial adventure in the mountains of Vystrana, and her exploits in the depths of war-torn Eriga, to the high seas aboard The Basilisk, and then to the inhospitable deserts of Akhia–the Lady Trent has captivated hearts along with fierce minds. This concluding volume will finally reveal the truths behind her most notorious adventure — scaling the tallest peak in the world, buried behind the territory of Scirland’s enemies — and what she discovered there, within the Sanctuary of Wings.

Now. On with chapter one…

END_OF_DOCUMENT_TOKEN_TO_BE_REPLACED

Oliver Marks has just served ten years in jail – for a murder he may or may not have committed. On the day he’s released, he’s greeted by the man who put him in prison. Detective Colborne is retiring, but before he does, he wants to know what really happened a decade ago.

As one of seven young actors studying Shakespeare at an elite arts college, Oliver and his friends play the same roles onstage and off: hero, villain, tyrant, temptress, ingénue, extra. But when the casting changes, and the secondary characters usurp the stars, the plays spill dangerously over into life, and one of them is found dead. The rest face their greatest acting challenge yet: convincing the police, and themselves, that they are blameless.

M.L. Rio’s debut novel turned out to be a very pleasant surprise. The writing is excellent, the story is gripping, and the characters are varied, realistic and engaging. An easy, early contender for best novel lists. I very much enjoyed this. END_OF_DOCUMENT_TOKEN_TO_BE_REPLACED 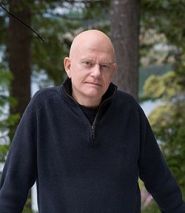 So you’d like to write a military science fiction series. Good. You came to the right place. I’ve written some, and would be happy to share my secrets, the first of which is to understand the true nature of business that you hope to be part of. No, it isn’t the book business. What you’re planning to do is join the entertainment industry.

In addition to books you’re going to compete with movies, TV, and social media for eyeballs and dollars. Oh, and while you do that, pirates will steal your stuff, fans will give you one-star reviews because “the book costs too much,” and Amazon will offer cheap used copies right next to the new ones. And guess what? You won’t make a cent off them. END_OF_DOCUMENT_TOKEN_TO_BE_REPLACED