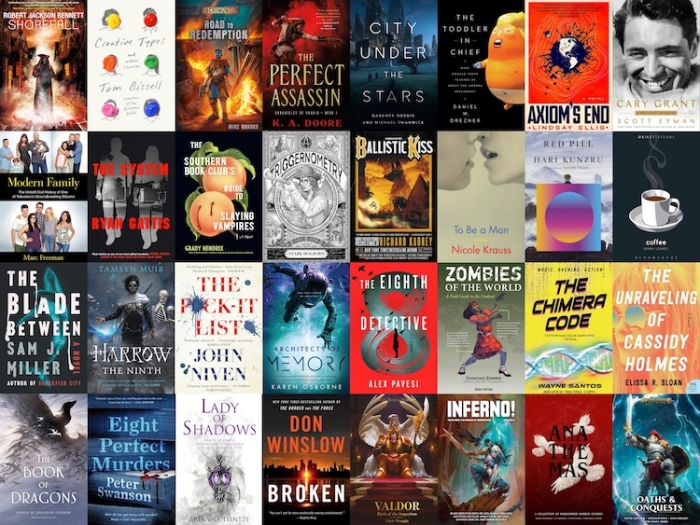 In these uncertain times, books are perhaps more important than ever (at least, they are in my opinion). To that end, I am going to try to publish more content on CR than normal (I know — I’ve “closed” it down a number of times, I just can’t stay away). Below is a list of books I’ve bought or received for review (and one I’m pre-approved for but haven’t downloaded because I know I won’t be able to read the format, but wanted to flag anyway because I’m really looking forward to reading it). As you’ll notice, a few of these aren’t out for some time, but I guess publishers have decided to send them out sooner to give people plenty of time to read them.

END_OF_DOCUMENT_TOKEN_TO_BE_REPLACED 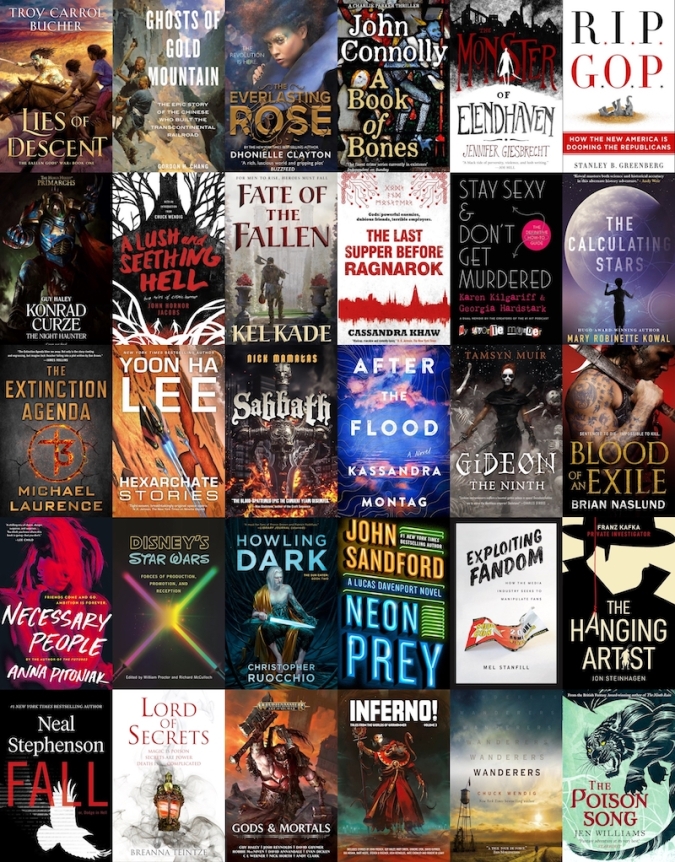 END_OF_DOCUMENT_TOKEN_TO_BE_REPLACED

Tamsyn Muir‘s Gideon the Ninth is getting a lot of pre-publication attention. The lucky few who have received ARCs have gushed about how awesome and fun it is. The fantastic cover was unveiled recently, and really I just wanted an excuse to share it on CR. If that striking artwork isn’t enough to whet your appetite, here’s the synopsis for the novel that is “the most fun you’ll ever have with a skeleton”:

The Ninth Necromancer needs a swordswoman.

Gideon has a sword, some dirty magazines, and no more time for undead bullshit.

Tamsyn Muir’s Gideon the Ninth unveils a solar system of swordplay, cut-throat politics, and lesbian necromancers. Her characters leap off the page, as skillfully animated as necromantic skeletons. The result is a heart-pounding epic science fantasy.

Brought up by unfriendly, ossifying nuns, ancient retainers, and countless skeletons, Gideon is ready to abandon a life of servitude and an afterlife as a reanimated corpse. She packs up her sword, her shoes, and her dirty magazines, and prepares to launch her daring escape. But her childhood nemesis won’t set her free without a service.

Harrowhark Nonagesimus, Reverend Daughter of the Ninth House and bone witch extraordinaire, has been summoned into action. The Emperor has invited the heirs to each of his loyal Houses to a deadly trial of wits and skill. If Harrowhark succeeds she will be become an immortal, all-powerful servant of the Resurrection, but no necromancer can ascend without their cavalier. Without Gideon’s sword, Harrow will fail, and the Ninth House will die.

Of course, some things are better left dead.

I’m really looking forward to giving this a try. Gideon the Ninth is due to be published by Tor.com on September 10th, 2019, in North America and in the UK.