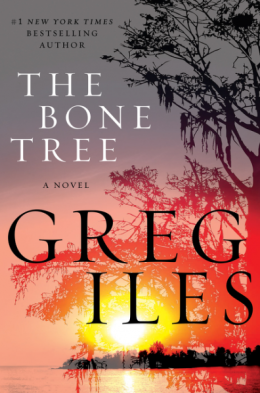 More evil that men do, only this time with cleverer evildoers…

Former prosecutor Penn Cage and his fiancée, reporter and publisher Caitlin Masters, have barely escaped with their lives after being attacked by wealthy businessman Brody Royal and his Double Eagles, a KKK sect with ties to some of Mississippi’s most powerful men. But the real danger has only begun as FBI Special Agent John Kaiser warns Penn that Brody wasn’t the true leader of the Double Eagles. The puppeteer who actually controls the terrorist group is a man far more fearsome: the chief of the state police’s Criminal Investigations Bureau, Forrest Knox.

The only way Penn can save his father, Dr. Tom Cage — who is fleeing a murder charge as well as corrupt cops bent on killing him—is either to make a devil’s bargain with Knox or destroy him. While Penn desperately pursues both options, Caitlin uncovers the real story behind a series of unsolved civil rights murders that may hold the key to the Double Eagles’ downfall. The trail leads her deep into the past, into the black backwaters of the Mississippi River, to a secret killing ground used by slave owners and the Klan for over two hundred years… a place of terrifying evil known only as “the bone tree.”

The Bone Tree is an explosive, action-packed thriller full of twisting intrigue and deadly secrets, a tale that explores the conflicts and casualties that result when the darkest truths of American history come to light. It puts us inside the skin of a noble man who has always fought for justice — now finally pushed beyond his limits.

Just how far will Penn Cage, the hero we thought we knew, go to protect those he loves?

The is the middle volume in Iles critically-acclaimed Natchez Burning trilogy. Penn Cage, Caitlin Masters and their allies have overcome one diabolical obstacle, only to be faced by the real power in Mississippi and Louisiana. The Bone Tree is another tale of Southern politics, historical brutality, and the evil that echoes down the generations. END_OF_DOCUMENT_TOKEN_TO_BE_REPLACED 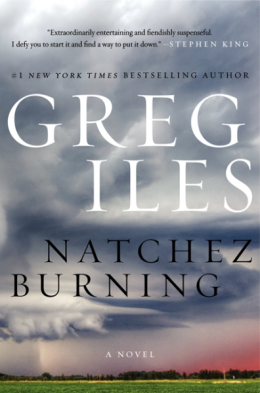 The evil that men do…

Raised in the southern splendor of Natchez, Mississippi, Penn Cage learned all he knows of duty from his father, Dr. Tom Cage. But now the beloved family doctor has been accused of murdering the African American nurse with whom he worked in the dark days of the 1960s. Once a crusading prosecutor, Penn is determined to save his father, but Tom, stubbornly invoking doctor-patient privilege, refuses even to speak in his own defense.

Penn’s quest for the truth sends him deep into his father’s past, where a sexually charged secret lies. More chilling, this long-buried sin is only one thread in a conspiracy of greed and murder involving the vicious Double Eagles, an offshoot of the KKK controlled by some of the most powerful men in the state. Aided by a dedicated reporter privy to Natchez’s oldest secrets and by his fiancée, Caitlin Masters, Penn uncovers a trail of corruption and brutality that places his family squarely in the Double Eagles’ crosshairs.

With every step costing blood and faith, Penn is forced to confront the most wrenching dilemma of his life: Does a man of honor choose his father or the truth?

This series past me by, when Natchez Burning was first published. With the highly-anticipated final volume in the trilogy due out later this year, though, I was happy to get the opportunity to take part in the blog tour in honour of that upcoming release. Natchez Burning is a hefty book; packed with intrigue, mystery, secrets and violence. It’s an immersive, gripping and sometimes chilling novel. END_OF_DOCUMENT_TOKEN_TO_BE_REPLACED