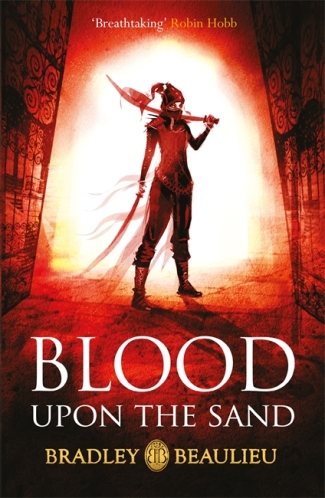 Today, we have an excerpt from Brad Beaulieu‘s highly-anticipated Blood Upon the Sand, the next novel in his Song of the Shattered Sands epic fantasy series. First, the synopsis:

Second in epic new fantasy series of mystery, prophecy and death within the ancient walled city of Sharakhai, home to the Twelve Kings…

Çeda, an elite warrior in service to the kings of Sharakhai, is learning their secrets even as they send her on covert missions to further their rule. She has already uncovered the dark history of the asirim, but it’s only when she bonds with them, chaining them to her will, that she feels their pain as her own. They hunger for release, they demand it, but their chains were forged by the gods themselves and are proving unbreakable.

Çeda could become the champion the enslaved asirim have been waiting for, but the need to tread carefully has never been greater. The kings are hungry for blood, scouring the city in a ruthless quest for revenge, while Çeda’s friend Emre and his new allies in the Moonless Host are laying plans to take advantage of the unrest in Sharakhai, and strike a major blow against the kings and their god-given powers.

The shifting tides of power are fickle and dangerous, though. The Kings and the Moonless Host have their own agendas, as does the dangerous blood mage Hamzakiir, whose plotting uncovers a devastating secret that could shatter the power of the hated kings. But it may all be undone if Çeda cannot learn to control the growing anger of the asirim that threatens to overwhelm her…

Blood Upon the Sand is due to be published next week by Gollancz in the UK, and DAW Books in North America. Now, on with the excerpt!

END_OF_DOCUMENT_TOKEN_TO_BE_REPLACED 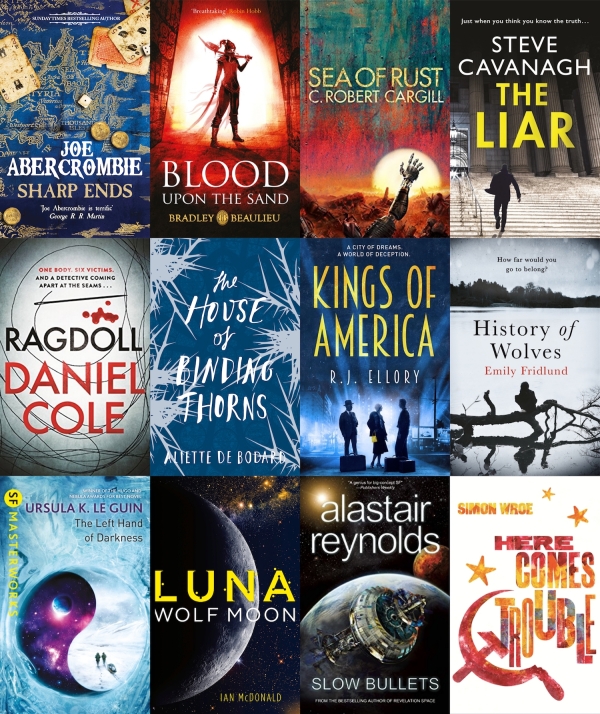 A selection of anticipated novels from Orion Books (and imprints).