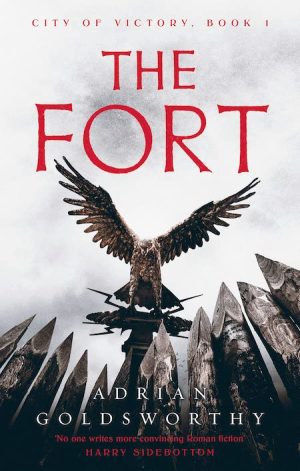 I have always loved history, was lucky enough to study it at the highest level, and after teaching for a while have been even luckier to make a living writing non fiction history books. At the same time, I have always loved historical novels. At their best they give a flavour and feel for a place and an era much faster than reading conventional history. So when I came to write historical novels, accuracy was very important to me. A novel will only work if readers get caught up in the plot and want to spend time with the characters, but the world it conjures up has to feel real, at least on its own terms, and that is as true of fantasy or science fiction as it is for stories set in the past. The world of the story has to be convincing enough for readers to visit it in their imagination. Many readers and authors do not care too much if that world bears little or no relation to the reality of the past as long as it is consistent. That is fine, after all, reading should be about pleasure and we all have different tastes. However, I am a professional historian and find it hard to switch off, which makes me an unrepresentative reader, and I only stick with a novel if I feel that the research behind it and the author’s sensitivity for the period are good. Since, like most authors, I write books – whether novels or non fiction – that I would like to read, that is how I try to write my stories. So each novel begins with research.

Researching a novel is not quite like researching a history book, even though it begins in the same way. The Fort is set in the early second century AD, on the fringe of the Roman Empire where it comes into contact and conflict with the kingdom of Dacia (roughly modern Romania). This meant reading all the ancient sources describing the big events (but there are not very many of these), everything about the real characters involved (such as the Emperor Trajan, his cousin Hadrian, and the Dacian King Decebalus), and looking at the archaeology (which is fuller, but has to be understood on a different timescale). Then there are inscriptions, often commemorating building projects, or altars dedicated by soldiers or memorials giving details of careers. Unusually, there is also a lot of art, most notably the friezes on Trajan’s Column in Rome, and the less well known sculptures at Adamklissi in Romania.

The historian will read all of these and try to reconstruct the events of these years, and also to understand the attitudes, cultures and beliefs of the different peoples and social groups taking part. The novelist starts doing the same thing, but then splits away. An honest historian must admit when there are things we do not know and make very clear what is conjecture and what is reasonably certain. In contrast the novelist cannot have great gaps in the world of the story – a character cannot turn a corner and step into a blank space. Wherever there are gaps in the evidence, the novelist must fill them, building on the actual evidence to create something plausible. Within this comes the freedom to use ideas that won’t be the most likely interpretation of the fragmentary evidence, but offer a good story-line. Similarly, while you try to get the main narrative of events as clear as possible, unlike the historian, these provide reference points for the personal stories of your characters. Maybe you decide that one of your characters ought to get caught up in one of these real events, it needs to work within their story-arc and not be described simply because it happened.

The next biggest difference when researching a novel compared to a work of non fiction is the sort of questions you ask. In a novel, characters will do all the mundane things of life. When they get up they need to put on clothes – and vary these according to the situation – and they need to eat and drink – again in ways appropriate to their status and the location. These are not the sort of topics that you worry about too much when writing a biography of Alexander the Great, Julius Caesar or Cleopatra. It’s actually good for me as a historian to start thinking about topics like this.  With the ancient world, there is so much we do not know because so much has been lost. Also, like any society, people assumed so many things that they never bother to set down. The mysteries of the ancient world are the same for historian and novelist, at once intriguing and frustrating, but the novelist can and should imagine to fill in the gaps and create the world of the story.

Adrian Goldsworthy’s The Fort is published by Head of Zeus in North America (August 1st) and in the UK (out now). Here’s the novel’s synopsis:

The Dacian kingdom and Rome are at peace, but no one thinks that it will last. Sent to command an isolated fort beyond the Danube, centurion Flavius Ferox can sense that war is coming, but also knows that enemies may be closer to home.

Many of the Brigantes under his command are former rebels and convicts, as likely to kill him as obey an order. And then there is Hadrian, the emperor’s cousin, and a man with plans of his own…