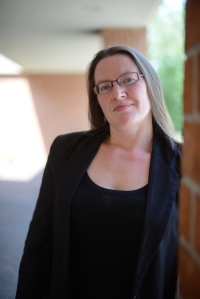 Let’s start with an introduction: Who is Elizabeth Bear?

Elizabeth Bear is totally not Spartacus, or the Batman. Unequivocally.

I am, however, a third-generation science fiction reader, a pretty decent cook, and a Hugo-award-winning writer.

Your latest novel, Ancestral Night, is due to be published by Gollancz in March. It looks really cool: How would you introduce it to a potential reader? Is it part of a series?

Ancestral Night is the story of Haimey Dz, a hardscrabble salvage operator who uncovers evidence of a tremendous crime and a powerful ancient technology. In so doing, she becomes a target for all sorts of interested parties with uses for this information, or the desire to suppress it.

It is indeed part of a series — first in the series, in fact–but each of the books is meant to stand alone. I’m currently at work on the second book, Machine.

A few years back, Gollancz approached me to ask if I had any interest in writing a big-idea space opera for them. As it turned out, I had some ideas that I had been noodling with for a while, including white space technology and ancient space artifacts and novel political systems, so I jumped at the chance — especially as it had been a while since I’d written any pure science fiction.

Ancestral Night turned out of be an extremely difficult book to write. Fun, but challenging!

As for where I get my ideas, my standard answer for that is that I go out in the yard with a glass jar with a lid with holes punched in it, and turn over rocks until an idea scuttles out. If I’m fast enough, I scoop it up in the jar!

Then I have to figure out what to feed the darned thing, and mostly they die or I wind up turning them loose again. But a few grow huge…

My parents and both grandfathers were fans, so I grew up reading the science fiction and fantasy of the fifties, sixties, and seventies — as well as some older stuff, such as C.L. Moore and E.E. “Doc” Smith.

It beats the hell out of answering telephones!

Seriously, I love my job. It’s a lot of work, and a lot of self-discipline, and it took an enormous amount of practice and study and persistence to get here. So I wouldn’t do it if I didn’t love it.

And of the various industries I have worked in over my lifetime, publishing is pretty much the best. I’m not saying it’s perfect in any regard, but I used to work for a roofing sales company, and after that in media in Las Vegas, and let me tell you, I like being my own boss and most of the people in this industry much better.

Especially since I don’t have to go to an office and deal with them full time.

Sometimes the travel gets a little exhausting. I’m a bit of a homebody introvert by nature. I love going places and meeting new people and seeing bookstores all over the world… but then I’m awfully tired and it’s hard to write, after.

I try to block out specific time for writing and prioritize it. But I’m generally not a big fan of mythologizing process: every book I have written so far has demanded a different process. Sometimes there are fairly defined outlines; sometimes I’m winging it. Most often it’s someplace in between.

I think for most writers, research is something we carry out all the time, without even really knowing what we’re researching. Obviously, when I’m writing is a particular historical milieu I’ll sit down and read everything I can get my hands on from or about that time and place. Or if I have a specific question I will research that particular thing. (“Where was glass manufactured in 15th century England,” say.) But I read constantly and voraciously, and I never know what’s going to tickle my fancy or come in useful later. 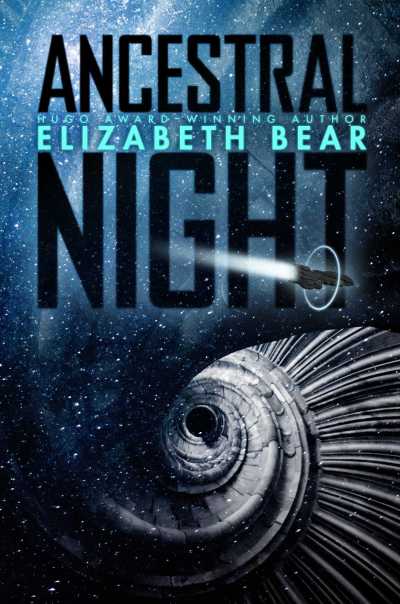 When I was six or seven years old, I figured out that books came from somewhere and there were people who wrote them, and at that juncture I was pretty sure that I wanted to write stories. So I started off with little stapled books of stories about horses and dinosaurs and aliens.

I have no idea where any of those things are these days, of course.

It took about twenty-five more years before I sold my first novel!

I have been referring to the modern genre scene as “the Rainbow Age of science fiction and fantasy,” for about fifteen years now, and I stand by that assessment. Modern SFF is gloriously diverse and complicated, offering everything from traditional sword and sorcery and space opera to experimental and revolutionary work that draws from the literary sensibilities of the New Wave, all available at the same time and to the press of a button on your e-reader or phone. The field has never been more varied.

My own work is obviously grounded in the writers I grew up reading, but I like to think that I’m innovating here and there. One thing that does make me happy is that the diversity of humanity I’ve been working to reflect in my casts all along is now being seen as a selling point.

One of the things about publishing is that by the time a book comes out, there is almost always something else in the pipeline! So, as I mentioned above, I am currently working on the next book in the White Space series. It’s called Machine, and it’s about a trauma doctor who specializes in rescue missions — in space.

It’s inspired, among other things, by the work of Irish science fiction writer James White, who was reknowned for his Sector General stories, which have always delighted me.

After Ancestral Night, my next book coming out in the US is a fantasy called The Red-Stained Wings, which is the middle book in a trilogy inspired by how early cultures of the Indus river valley might have developed, although on a world very unlike Earth in some respects.

Right now I am ready Suzanne Palmer’s debut novel Finder, which is a capery, gritty space adventure that comes out from DAW in April in the US, and Jared Diamond’s Guns, Germs, and Steel. Next in line after Finder is Tochi Onyebuchi’s Riot Baby.

I’ve also been reading a lot of vintage mysteries from the 20’s and 30s — Agatha Christie, Rex Stout, Dorothy Sayer. Comfort food in these complicated political times, in part because the world seemed so scary and terrible then and civilization endured — and in part because they remind me that we have made social progress against bigotry since then, even if it seems like the fight never ends.

That would depend on who I was recommending it to! There’s no single book that suits every reader, after all.

In terms of books that I think are both fascinating and brilliant and also full of useful knowledge, Deborah Blum’s The Poisoner’s Handbook is an investigative look into the people who invented modern forensic chemistry, in New York City during the height of the Jazz Age, and why regulations about what kind of substances are in our food and fuel and medicines — and on our watch faces, for that matter — are important to the health and well-being. 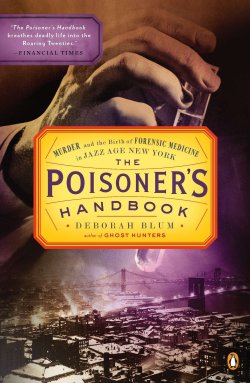 I am not a real bear.

It would be hard to type with the giant paws, honestly.

The thing I am always looking forward to–finishing the current manuscript and taking a well-deserved week or two off to catch up on my reading and go for long walks before starting the next one!

Elizabeth Bear’s Ancestral Night is due to be published in March 2019 by Gollancz (UK) and Saga Press (North America).

One thought on “Interview with ELIZABETH BEAR”