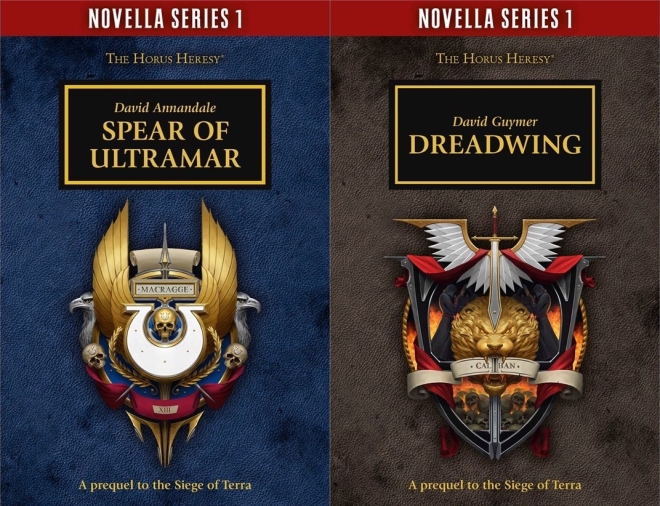 Released as part of the first Black Library Novella Series, these two books tell the story of what prevented two loyalist Legions from rushing to Terra’s defence during the final push before the Siege. If you’ve been following the Horus Heresy series, then I definitely recommend you read these very good novellas. 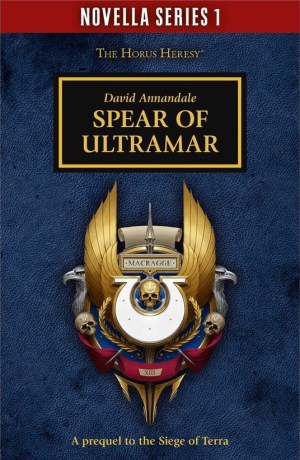 The Siege of Terra looms, and the fate of the galaxy balances on a razor’s edge. Roboute Guilliman leads the immense fleet of the Ultramarines in a race towards the Throneworld, and such is the power he commands that he could turn the tide of the war in the loyalists’ favour. As determined as Guilliman is to reach Terra, Horus is as resolute in delaying his brother primarch until it is too late. Guilliman’s path through the Ruinstorm crosses through the Charchera system, and here Warsmith Khrossus and a lone company of Iron Warriors have been given a fateful mission. At all costs, they must hold back the Ultramarines. Guilliman foresees the coming ambush, but he has no choice but to plunge into it, and so begins a desperate struggle where the passage of every second could mark the difference between survival or extinction for the Imperium.

This was an interesting novella. Like many of the Heresy stories now, it was jam-packed with action as Ultramarines faced off against a smaller force of Iron Warriors. The latter have been tasked with delaying or halting the Guilliman and the Ultramarines’ drive for Terra. Diabolical masters of siegecraft and relentless wars of attrition, the Iron Warriors take to the task like fish to water. Aided by a cabal of Word Bearer sorcerers, we finally learn why the Ultramarines didn’t make it to Terra.

Overall, a really good novella, which moves the story forward and also builds on Annandale’s contribution to the Primarchs series. A ton of action, we get to see the Ultramarines at their most desperate, relatively speaking. Guilliman battles with his own desire to charge for Terra, but also a need to drive out the Iron Warriors from this valuable world. He is conflicted about the use of the Destroyer teams, and the terrifying weapons they use. He is unhappy with the idea of giving expedience precedence over what is ‘right’. (But how right can you ever be, if you have weapons that can level a planet with a push of a button?) As the series has progressed, we have seen the psyches of all of the main characters and their subordinates crack under the strain and horror of the Heresy.

Definitely recommended for all fans of the series.

Also on CR: Interview with David Annandale (2012); Reviews of Roboute Guilliman, The Damnation of Pythos, and Ruinstorm

With the Ruinstorm broken and the forces of Guilliman and Sanguinius making all haste for Terra, the Dark Angels lead a bloody campaign of annihilation against the worlds of the Traitor Legions. But as the Legion fragments and the tally of shattered worlds between them and Terra grows, it falls to the Wing lieutenants to question whether the Lion still wages a war he intends to win – or one he has already lost.

This is a very Dark Angels story: so many secrets! A disturbing lack of trust between comrades. Also, a relentless, brutal war of vengeance. The Lion seems distracted by his desire to mete out punishment against the traitors at any and every turn. So distracted that his subordinates think he is starting to lose the plot a bit, and maybe Luther had a point. The Lion is working to his own playbook, however, and we see how closely he keeps everything to his chest.

“I am already certain. This war is lost, as Curze and Sanguinius both foretold to me that it would be. All that remains for the Dark Angels now is to take up arms and ride out, and ensure that my brother Horus does not have a galaxy left to rule.”

Another really good novella, and another that takes a look at the psychological damage that the Heresy has caused. Some good action, as well as some suitably WTF Chaos goings on (related to the Emperor’s Children, this time). The Dark Angels’ part of the Heresy story has always been slightly disappointing, but I think Guymer’s done a really job here. Each of the characters is distinct, but all seem distrust each other, something with which certain members of the Legion are becoming fed up (totally understandable).

An interesting novella, I’d certainly like to see Guymer write some more tales about the First Legion.

Also on CR: Reviews of Kinslayer and Slayer

Spear of Ultramar and Dreadwing are out now, available in eBook and Paperback.