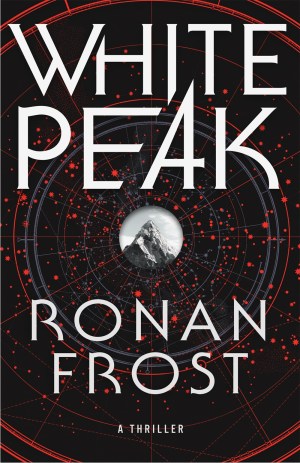 I was browsing through a Macmillan catalogue, when I stumbled across this title. I rather like the cover, even though it’s not the most eye-catching. Then I saw the tag, “A new adventure book in the tradition of Matthew Reilly and James Rollins”. Well, I like both Reilly and Rollins (I’m a sucker for action-adventure fiction), so I read the rest of the synopsis. It sounds pretty interesting:

Greg Rask, a dying tech billionaire, has invested millions chasing miracle cures. None of them are worth a damn, but he refuses to give up. Now, he’s gathering a team willing to go to the ends of the earth chasing life.

Each of Rask’s crew has beaten incredible odds to rise from the ashes of their old lives to where they are now. Together, their next task is to retrieve a painting that is believed to hide a map which, if genuine, marks it as a treasure of the Ahnenerbe, the occult wing of the SS, who had devoted dozens of expeditions in search of the three cintamani stones for their combined properties, and the lost city where they were rumored to lay hidden: Shambhala. But a mystical brotherhood sworn to protect the secrets of the ancients — the same secrets that allow its members to defy death — will stop at nothing to ensure that Rask’s crew fail.

In an adrenalin-pumping quest through some of the most savage terrains known to man, the crew will be pushed to the limits of endurance and beyond.

Ronan Frost‘s White Peak is due to be published by St. Martin’s Press on April 9th, 2019, and will be available in the UK. I’m really looking forward to giving it a try.