Let’s start with an introduction: Who is Gavin Smith?

Just some guy. (He’s a science fiction and fantasy writer with a track record for action oriented stories.)

Your third Bastard Legion novel, War Criminals, is due to be published in July. How would you introduce the series to a potential reader? And what can fans of the series expect from this instalment?

So the high concept pitch for Bastard Legion is the Dirty Dozen/Suicide Squad (depending on your age) meets Aliens. It’s about a mercenary penal legion recruited from the 6,000-strong convict population the Hangman’s Daughter (an interstellar prison barge). They are led by the cheerful, if possibly psychopathic, ex-black ops soldier Miska Corbin and the VR ghost of her dead dad.

War Criminals will see the Legion engaged in a full scale war for the first time! (Previously it’s been smaller-scale black ops.) 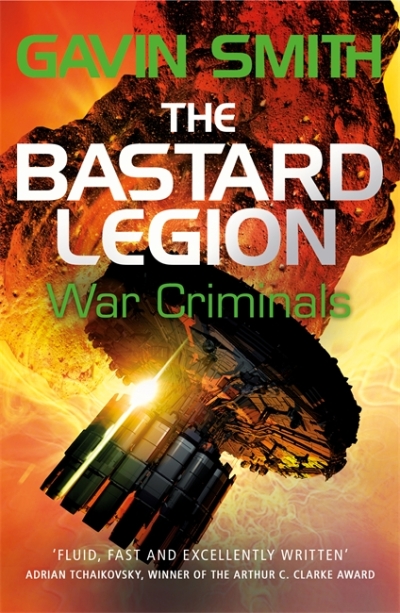 I’m afraid it’s not a terribly exciting story. Marcus Gipps, my then editor, and I were casting round for a fun idea for a series. I put together several ideas, the Bastard Legion appealed to my love of old war movies and crime fiction. Obviously, there’s a degree of inspiration from the likes of the Dirty Dozen and lots of the grittier, more violent side of SF (Peter Hamilton, Richard Morgan etc.), but something we did talk about was how the premise should sound like the premise for a 2000AD strip.

I’m going to give the cop-out answer as far as inspiration goes here. Basically, I get inspiration from everywhere. In the Bastard Legion, the inspiration comes from books, movies, comics, mythology and current events. I base characters on facets of people I know or have met. I can be inspired by everything from landscape to childhood memories, to ridiculous conversations in pubs with your mates. It’s sort of a weird question because you never really switch off.

My first real awareness of it was when my gran(mother) used to bring me DC comics when she was babysitting. I’m still not sure where she got them from in 1970s Dundee.

I love writing, but I’m not sure about some other aspects of being a ‘writer’, but every job has its ups and down. Similarly with working in with the publishing industry. There are things within the monolithic ‘industry’ I’d like to see done differently. At the same time, almost everyone I’ve met who’s involved in the industry is pleasant and professional, it’s a very friendly and welcoming culture.

I plan, rather than pants, I tend to give myself deadlines (or I’ll just research forever), daily word counts, etc., and I like to have a good run at it, so I tend to write in 3-4 hour blocks. Of course, I frequently fail at my best practice. 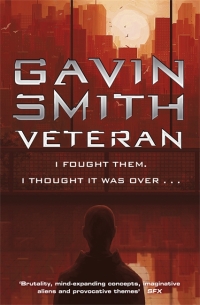 I’m not sure when I decided I wanted to be a writer. I remember making books when I was at infants’ school. When I started to take it more seriously, a lot of my writing was film scripts (I studied film at university). My early scripts are rubbish, but it’s a learning process. My first novel was Veteran, which got published, so I look on that pretty fondly — though some of my earlier short stories are a bit cringe-inducing.

I wish there was a bit less competition for people’s attention but I think genre fiction is in pretty good shape, just from the sheer choice. What’s really nice is that we’re starting to hear more and more from voices that have been previously marginalised in genre fiction, which is bringing in different perspectives and that’s only going to increase.

I’d like to continue with the Bastard Legion series, but that depends on sales. I’m between projects right now so I’m kicking around a few ideas. I’ve been experimenting with fantasy (there’s a couple of short fantasy stories of mine up on the Fantasy Hive website) and I have a film script doing the rounds at the moment.

I am currently reading The Iron Grail by Robert Holdstock, which is brilliant: few people write liminal spaces like Holdstock, and he fuses savagery and wonder perfectly. Non-fiction I am currently reading When Giants Walked the Earth by Mick Wall, which is about Led Zeppelin (this may or may not be research). And very slowly, I’m also reading Xanathar’s Guide to Everything, which is a D&D sourcebook. Oh, and also slowly Norse Mythology by Neil Gaiman. I also have the arcs for Planetside by Michael Mammay and Grey Bastards by Jonathan French up next to read, and I’m really looking forward to them.

Depending on the day it would either be The Liar by Stephen Fry, or The Crow Road by Iain Banks (yes, I know I’m cheating). Sorry genre friends!

That I am an aquanaut, in that I have spent over 24 hours living in an underwater environment, and that I was once nearly blown up whilst dressed as a Napoleonic soldier.

Trump being marched out of the White House in handcuffs. Also I’m going to walk Hadrian’s Wall with my girlfriend.