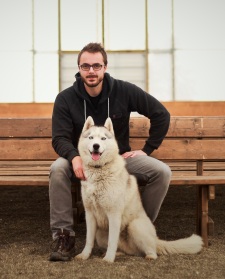 Let’s start with an introduction: Who is Tyrell Johnson?

Well, my Twitter bio says I’m a father, husband, writer, editor, and donkey trainer. So at least a few of those things MUST be true.

Your new novel, The Wolves of Winter, will be published by HQ this month. It looks rather fabulous: How would you introduce it to a potential reader? Is it part of a series?

It’s a post-apocalyptic thriller about a young woman surviving in the Yukon wilderness with her family. When she encounters a strange man in the wilderness, his dark past calls her to a role she never imagined. I’d love to announce that it’s part of a series, but since nothing is “in the books” yet, I don’t want to jump the gun.

There were a lot of things that inspired this novel. One of the main ones was my daughter. I was a relatively new father when I sat down to write the book. I knew I wanted to use my experience as a dad in the novel, which is why the main character’s relationship with her father is so prevalent. 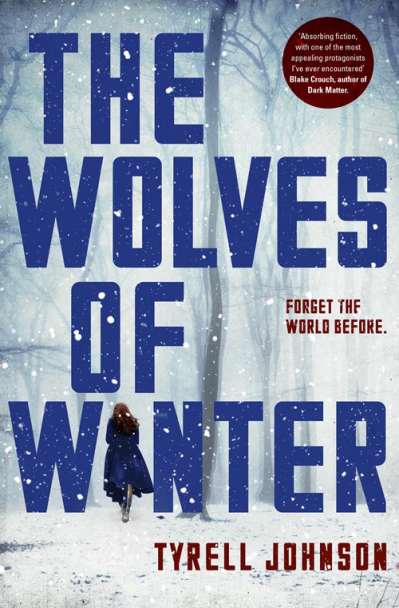 I grew up on a healthy diet of fantasy novels thanks to my older brother. He passed down everything from Tolkien and Lewis, to Terry Brooks and Robert Jordan. I’ve since branched out and, I’d say, read fairly widely, but fantasy novels will always have a special place in my heart.

It’s still so new to me, but, thus far, I can say it’s exciting, overwhelming, fulfilling, and totally humbling. I wouldn’t trade it for the world. I feel pretty lucky that I get to say that.

While I’m writing, I tend to immerse myself in the genre and read books that make me a better writer. While writing Wolves, I read a bunch of post-apocalyptic fiction, including Margaret Atwood, whose talent I’d hoped was contagious.

While doing research, I actually watched a lot of YouTube videos. I’m a visual learner and, I think, a pretty visual writer. So when I was learning about making an igloo, starting a fire in a snowy wilderness, or field dressing a deer, I wanted to not only read about how to do it, but to watch it being done. I remember, while I was watching the deer being gutted, I decided to sit down and have lunch. I’m usually not a squeamish person at all, but…turkey was a bad choice.

My first foray into writing might have been in elementary school when I won a school-wide poetry contest. I’m sure there was some sort of ribbon or trophy involved, but what I remember most was having to go downtown and sit in an old room filled with adults. Then I had to go up on stage and read my poem into a microphone. If I’d known I had to do that, I might not have entered the contest!

It depends on what genre we’re talking about. Post-apocalyptic? Thriller? Science Fiction? Fantasy? In my mind, my novel is a weird hybrid of a bunch of different genres, which is often my favorite type of novel. If you look at authors like David Mitchell, Emily St. John Mandel, Jeff Vandermeer, or even Eowyn Ivey, who’ve had great success blending genres, you see that there is a readership for this type of book. Hopefully, my novel fits somewhere among these great authors.

I may or may be not working on book two…but if it never makes it to the bookshelves and my next book is a cookbook for poor college students detailing proper easy-mac microwaving techniques, you didn’t hear anything from me! 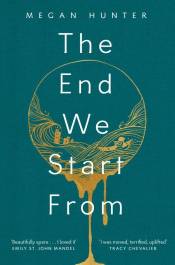 You mean other than The Wolves of Winter? Maybe Graham Greene’s The Power and the Glory, if only for this line: “Hate was just a failure of the imagination.”

While I’ve spent a lot of time outdoors, I’ve never actually been to the Yukon. But my publicist told me that Diana Gabaldon hadn’t been to Scotland when she started writing Outlander, so maybe I’ll be okay?

You know, outside of the madness of the book release, book tour, interviews, signings, etc., I’m hoping that my three-year-old son will start coming on hikes with me without having to ride on my shoulders the whole time. That would be awesome!

Tyrell Johnson‘s The Wolves of Winter is published by HQ in the UK, and Scribner in North America.