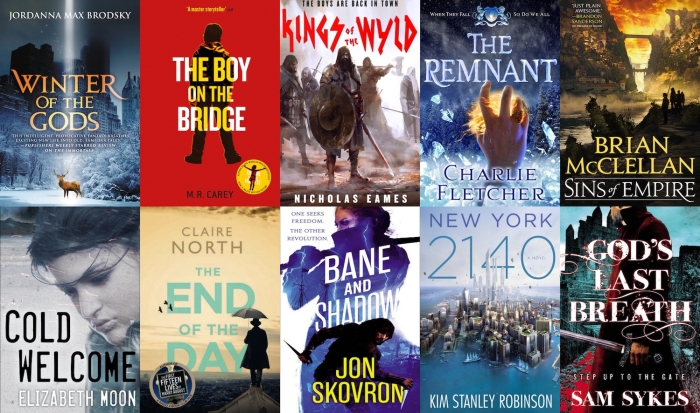 [Updated on January 16th with five more books; and on February 2nd with a video of interviews with new Orbit authors.]

Manhattan has many secrets. Some are older than the city itself.

Winter in New York: snow falls, lights twinkle, and a very disgruntled Selene DiSilva prowls the streets, knowing that even if she doesn’t look for trouble, it always finds her.

When a dead body is discovered sprawled atop Wall Street’s iconic Charging Bull statue, it’s up to Selene to hunt down the perpetrators. Her ancient skills make her the only one who can track a conspiracy that threatens the very existence of the gods, Selene — once known as Artemis — among them.

This is the sequel to the excellent The Immortals, and easily one of my most-anticipated of the year. Published by Orbit in the US and UK.

Also on CR: Review of The Immortals

Once upon a time, in a land blighted by terror, there was a very clever boy.

The people thought the boy could save them, so they opened their gates and sent him out into the world.

To where the monsters lived.

The sequel to The Girl with All the Gifts! One of my most-anticipated, easily. Published by Orbit Books in the US and UK.

Also on CR: Review of 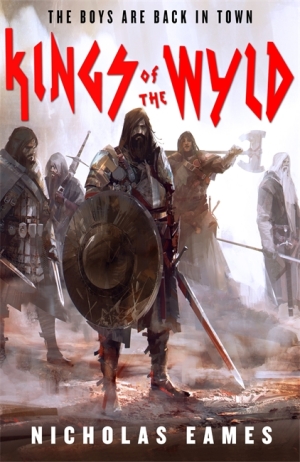 Clay Cooper and his band were once the best of the best — the meanest, dirtiest, most feared and admired crew of mercenaries this side of the Heartwyld.

But their glory days are long past; the mercs have grown apart and grown old, fat, drunk — or a combination of the three. Then a former bandmate turns up at Clay’s door with a plea for help: his daughter Rose is trapped in a city besieged by an enemy horde one hundred thousand strong and hungry for blood. Rescuing Rose is the kind of impossible mission that only the very brave or the very stupid would sign up for.

It’s time to get the band back together for one last tour across the Wyld.

Described as “Guardians of the Galaxy meets Lord of the Rings“, this looks like fun. Published by Orbit Books in the US and UK. 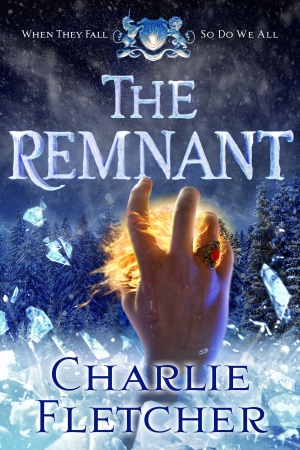 The Oversight of London has been sworn for millennia to prevent the natural and the supernatural worlds from preying on each other.

Now, at its lowest ebb, with its headquarters destroyed and its last members scattered far and wide, this secret society will battle for survival and face the harshest foe it has ever met: itself.

This is the concluding instalment in Fletcher’s Oversight trilogy, following The Oversight and The Paradox. I confess, I haven’t read any of the series, yet, but with the final book on the horizon, I think I’ll binge-read them at some point in the very near future. Published by Orbit Books in the US and UK.

Humans, orcs, mages, elves, and dwarves all jostle for success and survival in the cramped quarters of Yenara, while understaffed Watch Wardens struggle to keep its citizens in line.

Enter Rem: new to Yenara and hungover in the city dungeons with no money for bail. When offered a position with the Watch to compensate for his crimes, Rem jumps at the chance.

His new partner is less eager. Torval, a dwarf who’s handy with a maul and known for hitting first and asking questions later, is highly unimpressed with the untrained and weaponless Rem.

But when Torval’s former partner goes missing, the two must consort with the usual suspects — drug dealing orcs, mind-controlling elves, uncooperative mages, and humans being typical humans — to uncover the truth and catch a murderer loose in their fair city.

This is the first novel in the Fifth Ward series, and it sounds like it could be fun. Published by Orbit in the US and UK, in July.

A world on the cusp of a new age…

The young nation of Fatrasta is a turbulent place — a frontier destination for criminals, fortune-hunters, brave settlers, and sorcerers seeking relics of the past. Only the iron will of the lady chancellor and her secret police holds the capital city of Landfall together against the unrest of an oppressed population and the machinations of powerful empires.

Sedition is a dangerous word…

The insurrection that threatens Landfall must be purged with guile and force, a task which falls on the shoulders of a spy named Michel Bravis, convicted war hero Mad Ben Styke, and Lady Vlora Flint, a mercenary general with a past as turbulent as Landfall’s present.

The past haunts us all…

As loyalties are tested, revealed, and destroyed, a grim specter as old as time has been unearthed in this wild land, and the people of Landfall will soon discover that rebellion is the least of their worries.

I very much enjoyed McClellan’s first two Powder Mage novels, and also the author’s short stories and novellas set in the world. I’m very happy that he’s not done with the setting. Sins of Empire, the first in the Gods of Blood and Powder series, is published by Orbit Books in the US and UK.

Also on CR: Interview with Brian McClellan (2013); Guest Posts on “My Favourite Novel”, “Protagonist Ages in Epic Fantasy”; Excerpt from The Autumn Republic; Reviews of Promise of Blood, The Crimson Campaign

It is a time of revolution. In the cities, food shortages stir citizens to riots against the crown. In the wilds, new magic threatens the dominance of the tribes. And on the battlefields, even the most brilliant commanders struggle in the shadow of total war. Three lines of magic must be mastered in order to usher in a new age, and three heroes must emerge.

Sarine is an artist on the streets of New Sarresant whose secret familiar helps her uncover bloodlust and madness where she expected only revolutionary fervour.

Arak’Jur wields the power of beasts to keep people safe, but his strength cannot protect them from war amongst themselves.

Erris is a brilliant cavalry officer trying to defend New Sarresant from an enemy general armed with magic she barely understands.

Each must learn the secrets of their power in time to guide their people through ruin. But a greater evil may be trying to stop them.

Could be an interesting new series to follow. Published by Orbit in the US and UK. 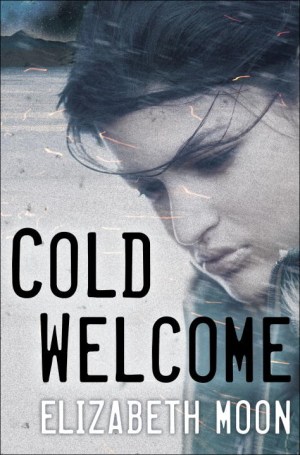 Admiral Ky Vatta should return to her childhood home a war hero, but on the way her shuttle is downed by sabotage.

Marooned in a hostile landscape it’ll take every bit of wit, skill and luck she can muster to lead her fellow survivors to safety, knowing that the mysterious enemies who destroyed the ship are on the hunt, and may have an agent in the group ready to finish the job at any moment. And was the sabotage an attempt on Ky’s own life, or someone else’s?

This is the latest novel in Moon’s Vatta’s War series — a series I have yet to read, but one that sounds pretty interesting. Published in the UK by Orbit, and in the US by Del Rey. [Cover is for the US edition, as UK artwork not available at time of writing.]

Claire North, THE END OF THE DAY (April)

At the end of the day, Death visits everyone. Right before that, Charlie does.

You might meet him in a hospital, in a warzone, or at the scene of a traffic accident.

Then again, you might meet him at the North Pole — he gets everywhere, our Charlie.

Would you shake him by the hand, take the gift he offers, or would you pay no attention to the words he says?

Sometimes he is sent as a courtesy, sometimes as a warning. He never knows which.

I’m very lucky to already have an ARC of this. That cover image is not final, just a draft (I’ll share the final cover as soon as it’s available). I’ll be reading this very soon. Published by Redhook in the US, and Orbit in the UK.

Also on CR: Reviews of The First Fifteen Lives of Harry August, Touch, The Gameshouse Trilogy, The Sudden Appearance of Hope

Red is being trained as a cold-blooded assassin by the biomancers. As he becomes increasingly embroiled in palace politics, he learns that even life among the nobility can be deadly.

While terrorizing imperial ships as the pirate Dire Bane, Hope stumbles onto a biomancer plot of such horrifying scope that it makes even the massacre of her childhood village seem small in comparison.

With the biomancers tightening their grip of fear over the empire, Hope and Red struggle to fill their new roles and responsibilities, but the cost will be greater than any of them realize.

While there were a couple of things in Skovron’s Hope and Red that didn’t quite work for me, it is undeniable that I found it entertaining. Therefore, I’m rather looking forward to Bane and Shadow. Published by Orbit in the US and UK. 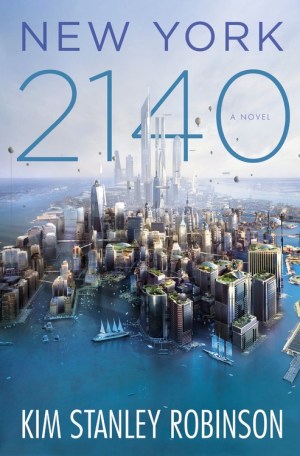 But the residents adapted and it remained the bustling, vibrant metropolis it had always been. Though changed forever.

Every street became a canal. Every skyscraper an island.

Through the eyes of the varied inhabitants of one building Kim Stanley Robinson shows us how one of our great cities will change with the rising tides.

And how we too will change.

I already have an ARC for this one, too. Really interesting premise, and I’ll be reading it ASAP. Published by Orbit in the US and UK.

The exhilarating conclusion to his Bring Down Heaven series.

The great demon Khoth-Kapira has broken free of his prison and taken his first steps upon the mortal world. And he owes it all to Lenk. Believing that the demon will mend a broken world that the gods have ignored, Lenk serves as a reluctant champion to Khoth-Kapira’s cause. But as the desperate and fearful flock to Khoth-Kapira’s banner, begging for salvation, Lenk begins to doubt his patron’s good intentions.

The city of Cier’Djaal, meanwhile, has become the battlefield for the last great war. And as the mortal races prepare to tear each other apart, none are aware of the march of the great demon who comes to tame them.

At the tip of a spear or beneath the heel of demons, the reign of mortals ends.

I’m a fan of Sykes’s novels, although I have allowed myself to fall behind a little bit. With the imminent release of God’s Last Breath, I think I’ll have to get into gear and catch up. He’s a great author. Published in the US by Orbit (July), and in the UK by Gollancz (November).

Also on CR: Interviews with Sam Sykes 2011 and 2012; Reviews of Tome of the Undergates, Black Halo and The City Stained Red

On February 1st, Orbit released a video clip introducing some of their new authors for 2017: