This is the first in a series of posts I’ll be putting up this week(end), featuring upcoming books I’m really interested in reading. I wanted to try to keep things focused on the first few months of 2017, but some publishers have released information pretty far in advance, so I’ll include later novels, too. The books featured are also not the only novels from the publisher that I’m interested in, so these are not definitive lists. Just ones that have grabbed my attention most at the time of writing.

First up, let’s take a look at just a few coming up from Hodder…

A proud nation witnesses Jakub Procházka’s ascent as he launches skyward from a state-owned potato field to become the first ever spaceman of Bohemia.

He thinks he has escaped terrestrial problems – from his father’s legacy as a brutal communist informer to his wife, Lenka, whom he loves yet no longer understands – but he is wrong. Alone above the earth, his only solace comes in the form of a (possibly hallucinatory) arachnid with a penchant for existential philosophy and Nutella.

Museums across the world will carry Jakub’s likeness; schoolchildren will repeat his name for centuries to come. He came to space to tread the heavens, to grasp infinity.

This sounds really interesting. Can’t wait to read this — especially to learn more about that Nutella-loving arachnid… Published on March 9th, Spaceman of Bohemia is available for pre-order. 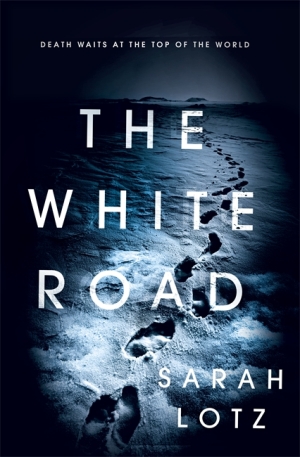 Death waits at the top of the world…

Adrenaline-junky Simon Newman sneaks onto private land to explore a dangerous cave in Wales with a strange man he’s met online. But Simon gets more than he bargained for when the expedition goes horribly wrong. Simon emerges, the only survivor, after a rainstorm trap the two in the cave. Simon thinks he’s had a lucky escape.

But his video of his near-death experience has just gone viral.

Suddenly Simon finds himself more famous than he could ever have imagined. Now he’s faced with an impossible task: he’s got to defy death once again, and film the entire thing. The whole world will be watching. There’s only on place on earth for him to pit himself against the elements: Mt Everest, the tallest mountain in the world.

But Everest is also one of the deadliest spots on the planet. Two hundred and eighty people have died trying to reach its peak.

And Simon’s luck is about to run out.

A new novel from Sarah Lotz is always going to grab my attention. Ever since The Three, I’ve been a huge fan of the author’s work, and am always impatient for the next book. The White Road is out in May, published by Hodder in the UK and Mulholland in North America.

Also on CR: Interview with Sarah Lotz (2014); Reviews of The Three and Day Four

Remote Control is a novel of magic and monsters, of power and of privilege, from one of the most extraordinary voices in modern fiction.

No cover, nor full synopsis yet available… So, this is one for the end of the year (feels so far away!), but I love Okorafor’s work. Lagoon, in particular, was superb. Remote Control is published by Hodder in November in the UK.

Also on CR: Review of Lagoon

The dark net is an online shadowland for criminals to operate anonymously, but when a demonic force begins to hack the minds of its users there is nowhere left to hide.

Twelve-year-old Hannah has been fitted with a high-tech prosthetic that restores her sight, but can’t understand why she can now see shadows surrounding certain people.

Lela, an emotionally shut-off, technophobic journalist stumbles onto a story nobody wants her to uncover. A story someone will kill to keep hidden.

A former evangelist, Mike, suffers demons — figurative and literal — and keeps an arsenal of weapons stored in the basement of the homeless shelter he runs.

And Derek, is a hacker who believes himself a soldier, part of a cyber army dedicated to changing the world for the better.

With the virus spreading throughout the net and an ancient evil threatening to break lose on the real world, it falls to these strangers to stop the rising darkness.

Readers of CR will probably have figured out by now that I’m a huge fan of Percy’s writing — his novels, comics, and non-fiction have, thus far, all been great. I’m very much looking forward to reading The Dark Net. Published in August 2017 by Hodder in the UK, and Houghton Mifflin Harcourt in the US.

Also on CR: Interview with Benjamin Percy (2013); Reviews of Red Moon, The Dead Lands and Thrill Me