Let’s start with an introduction: Who is Steve Rasnic Tem?

Your new novel, Ubo, will be published by Solaris in February. It looks really interesting: How would you introduce it to a potential reader?

Ubo is a meditation on violence using a story which is a mix of both science fiction and horror. Daniel is trapped in Ubo. He has no idea how long he has been imprisoned there by the aliens who resemble giant cicadae or roaches. Every resident has a similar memory of the journey there: a dream of dry, chitinous wings crossing the moon, the gigantic insects dropping swiftly over the houses of the neighborhood, passing through walls and windows as if by magic, or by some unknown technological means, “like a deck of baroquely ornamented cards, fanning themselves from one hidden world into the next.”

The residents of Ubo are forced to take trips into the past where they must live inside the heads of some of history’s most violent figures: Jack the Ripper, Charles Whitman, Stalin, Himmler, Gilles de Rais, and others.

I usually write about the things which disturb me most, and nothing disturbs me more than our propensity for violence. The challenge is finding enough distance from that personal disturbance to write about it objectively, while still maintaining the passion that made you want to write about it in the first place. Part of the trick, I think, is finding your passion in other people’s stories. Writing fiction is an act of creative empathy. In the case of Ubo, I let that empathy guide my research. I found identification with the victims, but I also took the risk of identifying with the perpetrators as well, something I think you have to do if you want to avoid creating cardboard villains.

I grew up in a small southern Appalachian town with very few books. There was no public library until around the time I entered high school, so I relied on the books which had been donated to the middle school and high school libraries. Happily, there was a lot of Jules Verne and H.G. Wells in those collections, as well as some Burroughs, and a large selection of folklore. I read the folklore first, and then the Verne, and that developed my taste for the fantastic. I also discovered in my great grandfather’s book collection (he was a superintendent of the public schools) a number of British ghost story collections, and I was allowed to read those (although I didn’t identify them with genre — I thought of them as “spiritual” fiction). My cousin stored a number of “questionable” paperbacks (crime and western) at my grandfather’s house. They were officially forbidden to me, but when I stayed overnight I’d read them under the covers with a flashlight. When we finally did get a public library (and a wonderful bookmobile!) I read my way through Arthur C. Clarke , Heinlein, and Asimov. So it just seemed natural that when I first started writing stories and sending them out, I wrote sf and fantasy, and I sent them to Ted White at Amazing.

It’s not so much a “like” as it is a compulsion. It’s what I always wanted to do — it was my way of dealing with pain, and with dealing with the outside world — and I feel lucky to be able to do it now. Sometimes it is frustrating, and it often doesn’t pay well relative to the time and effort expended, but I can’t imagine not writing stories and sending them out. That’s on a level with eating and sleeping for me.

I research all the time — I’m a natural student. Sometimes it feeds into the fiction, and sometimes I’m satisfied that it has a value in and of itself. I read a lot of science and history, and commentary on the arts, animation, etc.

In a sense I’m writing all the time. I usually take a notebook wherever I go, and I’m scribbling at meals, or in front of the TV, or I may take notes after a movie I’ve seen. As far as regular writing sessions, I usually do a couple of hours in the morning and a couple of hours in the afternoon. Nights and weekends are less organized — I may write, but I don’t feel I have to. I try to follow inspirations, but those inspirations don’t always lead to writing. Sometimes they lead to observation, sketching, photography, or just conversation or daydreaming.

I think I always wanted to be a writer, but often it was in combination with something else. I wanted to be a writer/scientist, or a writer/artist, writer/puppeteer, writer/animator, etc. The first things I wrote were in second or third grade — I wrote these “This Is Your Life” booklets for my friends — but I ignored the facts of their biographies and just made up the details for them. The first serious stories were those pieces I sent Ted White in high school. They weren’t very good, but some of them did sell later after really extensive revision.

I think some of the most interesting short story work in the genre has appeared over the last ten years or so, and really fine writers of short stories have become almost too numerous to mention. It truly is a golden age in that arena. I’m not sure I would say the same for novels, although there certainly have been some good ones. Horror novels are difficult — that emotional experience isn’t always well-suited for longer works. The novels tend to work better if they’re more ambitious than simply delivering some scares to the reader.

When I first started placing my work in the late 70s/early 80s I was clearly identified as a “quiet” writer along the lines of a Charlie Grant. Some of my fellow writers such as Richard Christian Matheson said they thought I brought a serious literary influence to the genre. I don’t know if that’s true or not, but the short stories I was writing were definitely more influenced by what was happening in the mainstream literary short story than they were by genre. That may be in part because I had just come out of a Masters in Creative Writing program at Colorado State.

But basically, I care little about where I fit into the genre. I’m trying to write distinctively “Steve Rasnic Tem” stories — it’s enough just to try my best to do that.

I’m always working on short stories of course. And soon Apex Books will be publishing a handbook on writing I wrote with my late wife Melanie — Yours to Tell: Dialogues on the Art & Practice of Writing. I’m also working on a science fiction novel having to do with artificial intelligence, immortality, and interstellar travel.

Since it’s Christmas time, I’m reading Victorian and early 20th century ghost stories. I do that every year around this time. As for research — I’m reading nonfiction books on A.I., Mars, and Interstellar Travel. 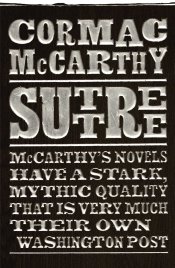 That I once created some short animated films that appeared in a few film festivals. You can find them on YouTube.

I’ve retired from the day job now, so I’m looking forward to getting more reading done, and more naps. But more writing will happen as well.

A chilling story exploring the roots of violence and its effect on a possible future.

Daniel is trapped in Ubo. He has no idea how long he has been imprisoned there by the roaches.

Every resident has a similar memory of the journey to Ubo: a dream of dry, chitinous wings crossing the moon, the gigantic insects dropping swiftly over the houses of the neighborhood, passing through walls and windows as if by magic, or science.  The creatures, like a deck of baroquely ornamented cards, fanning themselves from one hidden world into the next.

And now each day they force Daniel to play a different figure from humanity’s violent history, from a frenzied Jack the Ripper to a stumbling and confused Stalin to a self-proclaimed god executing survivors atop the ruins of the world. The scenarios mutate day after day in this camp somewhere beyond the rules of time. As skies burn and prisoners go mad, identities dissolve as the experiments evolve, and no one can foretell their mysterious end.

One thought on “Interview with STEVE RASNIC TEM”