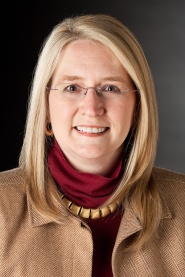 I’ve got a new epic fantasy series coming out in 2017 from Solaris Books (which I’m not allowed to name or reveal details about), so beginning a new book and starting a brand-new series have both been on my mind as I finish up that manuscript. In March, Shadow and Flame marked the final novel in my Ascendant Kingdoms epic fantasy series (Orbit Books), so wrapping up not just a single book but a story arc and a series is also fresh in my thoughts. The Shadowed Path (Solaris Books) is a collection of eleven of my Jonmarc Vahanian Adventures short stories that are prequels to The Summoner and my Chronicles of the Necromancer series, which has wrapped up (for now).

With a little time until the next Iron & Blood Steampunk novel or the next Deadly Curiosities dark urban fantasy novel comes out, the short stories and novellas tied into those series help to bridge the gap for readers with an extended universe of additional adventures. That sixth series? It’s a space series that’s currently in development, with some hints dropped in the Origins Gaming Fair anthologies, so we’re beginning both another book and another series.

Beginning a series is exciting and a little terrifying. Before I can sit down to write, I’ve got to do a lot of mental world-building to create the setting for the books, flesh out the characters, plan the series story arc, and develop the history, legend, belief/magic systems and lore of the world so that the reader gets a multifaceted, immersive experience. I want to make sure I’ve thought everything through, because once I’ve written the first book, canon is set and I don’t want to paint myself into a corner with limitations I’ll regret later. Most importantly, I want to make every series the best books I’ve ever written to make them fun and memorable for readers. And of course, I want the books to do well in the marketplace, which makes both me and the publisher happy. No pressure.

Whether a new book is the first in a series or somewhere else in the sequence, each one begins with a blank computer screen. No matter how many times I do that, it’s always a little intimidating, and there’s a thrill of fear that crawls through my veins at the thought of transforming six hundred blank pieces of paper into a book. I can be armed with a thorough outline and lots of great ideas, I can be antsy to put ideas down in words, and I might even be mid-series with well-established characters and a world I know well. It’s still scary and exciting, because while I’m taking my characters on a new adventure, I’m embarking on an unknown journey right along with them. I know that, despite my planning, I’ll run into unanticipated obstacles and places where I have to sit back, re-read and re-evaluate in order to get the plot right. And I also know that, out of the blue, inspiration will strike when I least expect it and there will be scenes, characters and action that show up full-blown in my imagination and that is a wonderful thing. Writers live for those moments.

Ending a series is as sad for an author as it it is for readers. It’s gratifying to get to the end of an adventure, and there’s a sense of accomplishment to wrapping up an epic journey. But when I’ve kept company with the characters every day for the years required to write a multi-book series, it’s disappointing to think that they won’t be hanging out in my head as often moving forward.

Craft-wise, it’s important to make sure all the loose ends and plot bunnies have been handled by the end of a series, so readers aren’t left thinking, ‘whatever happened to…?’ I want to be sure to leave readers with a satisfying conclusion that may be bittersweet, but feels authentic and organic.

Thanks to electronic publishing, series never have to completely end so long as there are readers interested in continuing adventures. We write short stories and novellas that are extended adventures for all of the series. Some are prequels, like the Jonmarc Vahanian Adventures. Others are extra ‘episodes’, like the Deadly Curiosities Adventures and the Storm and Fury steampunk adventures tied into the Iron & Blood universe. And some fill in a ‘gap’ in the main books that wasn’t part of the main story arc but begs to be told, like the Blaine McFadden Adventures that tie in to the Ascendant Kingdoms books.

With extended adventures, I get to dig deeper into my world-building, reveal more about both main characters and secondary characters, and give readers extra stories that are part of canon but go beyond what’s in the novels. The stories stand alone, and obviously don’t have as large or complicated a story arc as the novels, but they flesh out the people, places and world, and help to bridge the time between new books.

I’m thrilled that it’s easier than ever for adventures with favorite characters to continue indefinitely. And that’s a win for readers and writers.

Check out The Shadowed Path, my newest epic fantasy collection of Jonmarc Vahanian short stories in paperback and ebook from Solaris Books. And be sure to also look for Modern Magic: Twelve Tales of Urban Fantasy, a 12 book, 13 author ebook boxed set including Trifles and Folly, the first-ever collection of 10 Deadly Curiosities Adventures short stories!

From June 21-June 30, I’ll be doing my annual Hawthorn Moon Sneak Peek Event blog tour, and I hope readers will stop over to my website, find out what all is going on and where to find the posts, giveaways, contests and fun events. And of course, please look for The Shadowed Path at your favorite bookseller!

The Hawthorn Moon Sneak Peek Event includes book giveaways, free excerpts, all-new guest blog posts and author Q&A on 22 awesome partner sites around the globe. I’ll also be hosting many of my Modern Magic co-authors guest posting on my DisquietingVisions.com blog during the tour.  For a full list of where to go to get the goodies, visit www.AscendantKingdoms.com.

About the Author: Gail Zehner Martin was born in Meadville, Pennsylvania. After nearly 20 years as a marketing executive for corporations and non-profit organizations, she started her own consulting firm, Dream Spinner Communications. She also writes feature articles on a variety of topics for regional and national magazines. In addition to writing and consulting, Gail teaches public relations writing and public speaking for the University of North Carolina, Charlotte. She is married and has three children, a Himalayan cat and a golden retriever.