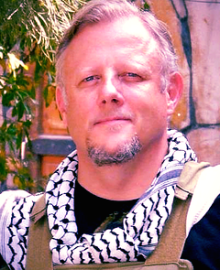 I’d never really encountered the idea about terraforming until I read David Gerrold’s A Matter for Men, and boy did that scare me more than any horror novel I’d ever read. It’s one thing to have space duels with enemy ships or visitations from aliens seeking to see what we’re up to, but it’s another thing altogether when you begin showing aliens who’ve decided that they want your planet and have begun changing the entire ecosystem right out from under you. I mean, what do you do? What technology do we have to stop them?

In Hollywood, there’d be some last second solution overlooked by mainstream scientists, but discovered by the conspiracy theorist picking his nose in the corner. But that’s never going to happen.

In Hollywood, the aliens would find a way to communicate with the President of the United States, because that’s what all aliens do, to give us some sort of ultimatum.

I drop the bullshit flag on that one. If an alien species wanted our planet, I doubt they’d want to talk about it — especially if they are far superior to us. I think they’d walk right in, spray their carjacking planet spray, and wait until we were all gone.

At least that’s how I’m playing it in my Grunt Sci Fi series from Solaris Books. What’s infuriating to the characters in the book is that they don’t know why their planet is being terraformed. They don’t know why purpose-curated alien species are appearing on their planet to kill off the Earth’s flora and fauna. As humans we so much want to question what’s being done to us. We want input. We want voice. We want to be heard.

But let’s face it. Whatever aliens are doing this, they have no more need to communicate their master plan than they have desire. We’re like ants to them and they feel as much need to explain to humanity as you would feel explaining to an ant why you are stepping on them. You just step.

The fury and indignation can be felt in the characters of my second book in the series Grunt Traitor. I spent a lot of hours researching this one. If aliens were going to invade and terraform, I had to figure out what they were using to terraform and give each thing a purpose. In this case the master aliens, still not identified, have sent several new species, each curated for a special purpose, to damage our planet in some devastating way.

And they can’t be reasoned with.

I first encountered this implacability in the old black and white version of The Creature from the Black Lagoon. I can still remember the moment when I was sitting in my cousin’s cold wintery garage in New Jersey. While our parents drank hot toddies upstairs, us cousins were huddled together, watching an 8mm reel-to-reel version of The Creature, passing around a stolen beer. When it came out of the brackish waters and took the girl, I kind of freaked. I can still feel that emotion… the NOOOO!

Then came second part of our 8mm black and white double feature — The Mummy. Implacable. Relentless. Can’t be stopped.

I always think that aliens are like the Mummy and Creature. I know, I should think that there’s a cool happy alien species who is hell bent on helping us achieve the next level of our existence, but I just can’t buy it.

So let me ask you this, dear reader. Global sea level rose seventeen inches in the last century. Ten of the warmest years of the last one hundred and twenty years are in the last dozen years. The oceans have warmed because of this. Greenland has lost almost two hundred and fifty kilometers of ice, while Antarctica has lost more than one hundred and fifty kilometers of ice. There’s also decreased snow cover and increased acidification of our oceans. Now here’s the question. Is it us doing it to ourselves or are we being terraformed?

Think about it for a second, then give me solid evidence that we aren’t being terraformed.

I know. What evidence, right? Just as I’d expect from a seriously advanced alien species.

Weston Ochse is the award-winning author of more than twenty novels, including the groundbreaking Task Force OMBRA series for Solaris. A military veteran with over thirty years of service who began writing professionally in 1997, Wes has seen his work published in magazines, comics and anthologies. He lives in the Arizona desert, a stone’s throw away from Mexico.

The first novel in the series, Grunt Life, is also published by Solaris Books. 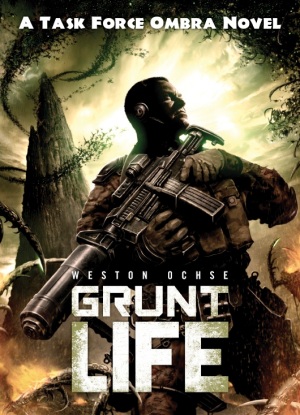 Leave a Reply to Guest Post: “Identity Motifs in The Goldfinch, The Catcher in the Rye and Life As We Know It” by Weston Ochse | Civilian Reader Cancel reply