I am a huge fan of Claire North‘s novels – The First Fifteen Lives of Harry August is probably one of my favourite novels, and Touch (out next week) is also brilliant. Published by Redhook/Orbit Books (US/UK), both of these novels are absolute must-reads for all. To celebrate the release of Touch, Orbit has commissioned a trailer:

Here’s the novel’s synopsis and cover: 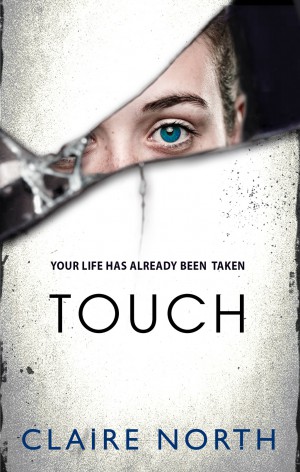 Kepler had never meant to die this way — viciously beaten to death by a stinking vagrant in a dark back alley. But when reaching out to the murderer for salvation in those last dying moments, a sudden switch takes place.

Now Kepler is looking out through the eyes of the killer himself, staring down at a broken and ruined body lying in the dirt of the alley.

Instead of dying, Kepler has gained the ability to roam from one body to another, to jump into another person’s skin and see through their eyes, live their life — be it for a few minutes, a few months or a lifetime.

Kepler means these host bodies no harm — and even comes to cherish them intimately like lovers. But when one host, Josephine Cebula, is brutally assassinated, Kepler embarks on a mission to seek the truth — and avenge Josephine’s death.

In related news, gleaned from Hachette US’s website, in November Orbit is publishing three new titles by North: The Serpent of Venice, The Master of the House and The Thief of Bangkok. (I’m guessing novellas, as there’s scant information available at this time.)