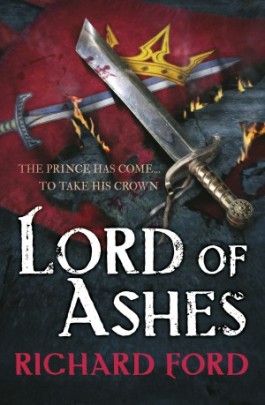 Spotted the cover for Richard Ford‘s third Steelhaven novel, Lord of Ashes, on Twitter and thought I’d share it and the synopsis on here:

FIGHT TO THE DEATH…

The queen of Steelhaven has grown in strength. Taking up her dead father’s sword, she must defend the city from the dread warlord Amon Tugha and his blood-thirsty army now at the gates. A vicious, unrelenting four-day battle ensues, the most perilous yet.

…OR BOW TO THE ENEMY

No side is immune from danger as all hell breaks loose, with the threat of coups and the unleashing of the deadliest and darkest magick. Loyalty, strength and cunning will be put to test in the quest for victory. What fate awaits the free states?

Published in the UK by Headline in October 2015, Lord of Ashes follows Herald of the Storms and The Shattered Crown.