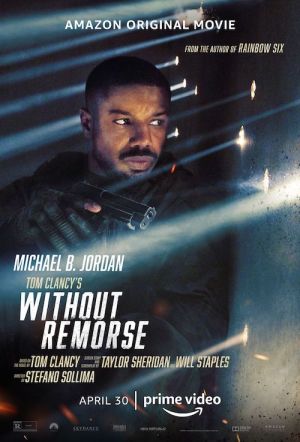 Tom Clancy’s Jack Ryan, a CIA analyst-turned-action-hero-turned-president has had a storied fictional career. The star of 12+ novels (and a secondary character in many more), he has also been the subject of a number of movie adaptations. He was first portrayed on film by Alec Baldwin, in 1990’s The Hunt for Red October — a movie that gave us Sean Connery’s portrayal of Marko Ramius, the only Soviet submarine captain to ever have a thick Scottish accent. In 2018, the character got his first TV adaptation, with Amazon Prime’s Jack Ryan (two seasons are available now, with a third apparently slated for this year). A major supporting character in Clancy’s novels and the movie adaptations is John Kelly/Clark: a former Navy SEAL and Vietnam veteran, he is a black ops specialist frequently called in to help out Ryan, to do the unsavoury things in the dark that Ryan can’t or won’t do.

On screen, the character first appeared in 1994’s Clear and Present Danger — in which Ryan (Harrison Ford) gets tangled up in the drug war — and was portrayed by the ever-excellent Willem Dafoe. In The Sum of All Fears (2002), he was portrayed by Liev Schreiber — a quieter version of the character, perhaps, but no less capable. He was more “spy” than Dafoe’s action-man-in-the-jungle version. He was more Schreiber, really.

This year, we’re getting an adaptation of Clancy’s novel that put Clark front-and-centre: Without Remorse (1993). This time, the character will be portrayed by Michael B. Jordan (one of the best young actors today). END_OF_DOCUMENT_TOKEN_TO_BE_REPLACED