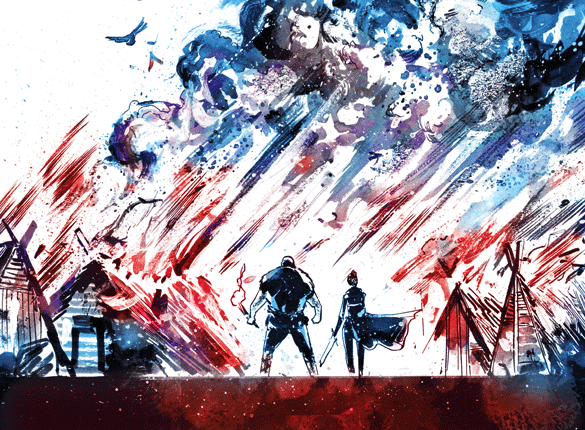 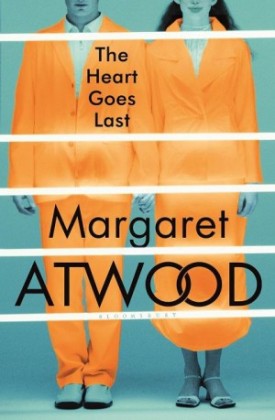 Sad to say, I’ve still never read anything by Margaret Atwood… This is a shocking state of affairs. Anyway, the author has a new novel coming out in September 2015 — The Heart Goes Last (Bloomsbury) — and it sounds rather interesting:

Living in their car, surviving on tips, Charmaine and Stan are in a desperate state. So, when they see an advertisement for Consilience, a ‘social experiment’ offering stable jobs and a home of their own, they sign up immediately. All they have to do in return for suburban paradise is give up their freedom every second month – swapping their home for a prison cell. At first, all is well. But then, unknown to each other, Stan and Charmaine develop passionate obsessions with their ‘Alternates,’ the couple that occupy their house when they are in prison. Soon the pressures of conformity, mistrust, guilt and sexual desire begin to take over.

The information I’ve found on Goodreads (but nowhere else) suggests that this is a collection of four serialized stories originally published separately: I’m Starved for You, Choke Collar, Erase Me and The Heart Goes Last.

According to Amazon, the book is to be published by Nan A. Talese/Knopf in the US, but I couldn’t find mention of it on the publisher’s website.

Last year, I resolved to read at least the first book in four fantasy series. I managed to read the first of only two of them… Thankfully, these sorts of thing are not binding, but nevertheless, I’ve decided to (belatedly) come up with another four fantasy series I would like to at least try, if not finish, in 2014. I will include the two I failed to read in 2013, and hopefully keep them high on the TBR list. So, here are the 2014 Fantasy Reading Resolutions…

As before, and always, there are no doubt going to be tens of new fantasy, sci-fi, urban fantasy and horror novels series that I will want to read. Even need to read, in my weirdly-wired mind. They will probably get in the way of my fulfilling these reading resolutions (which makes you wonder if these types of posts have any value whatsoever, but there we go). It’s impossible to read all the novels I want to read. But I will do my best to read at least the first in the above series. It certainly helps that I have already bought them. I’ll use the weekend Upcoming posts to highlight stand-alone novels, and also hitherto unmentioned or unrevealed SFF series that catch my attention. In the meantime, though, here is some information about the above-mentioned series…

Snowman, known as Jimmy before mankind was overwhelmed by a plague, is struggling to survive in a world where he may be the last human, and mourning the loss of his best friend, Crake, and the beautiful and elusive Oryx whom they both loved. In search of answers, Snowman embarks on a journey with the help of the green-eyed Children of Crake through the lush wilderness that was so recently a great city, until powerful corporations took mankind on an uncontrolled genetic engineering ride.

I’ve never read anything by Atwood before. It’s time to address this oversight.

MaddAddam Series: Oryx and Crake, The Year of the Flood, MaddAddam

Over a millennium ago, Erna, a seismically active yet beautiful world was settled by colonists from far-distant Earth. But the seemingly habitable planet was fraught with perils no one could have foretold, and the colonists found themselves caught in a desperate battle for survival against the fae, a terrifying natural force with the power to prey upon the human mind itself, drawing forth images from a person’s worst nightmare or most treasured dreams and indiscriminately giving them life.

Twelve centuries after fate first stranded the colonists on Erna, mankind has achieved an uneasy stalemate, and human sorcerers manipulate the fae for their own profit, little realising that demonic forces which feed upon such efforts are rapidly gaining in strength. Now, as the hordes of the dark fae multiply, four people – Priest, Adept, Apprentice and Sorcerer – are about to be drawn inexorably together for a mission which will force them to confront an evil beyond their imagining, in a conflict which will put not only their own lives but the very fate of humankind in jeopardy.

I’ve heard so many bloggers and friends say how much they’ve loved this series, that I really think it’s time I give it a try. Friedman’s latest novel, Dreamwalker, is also on my radar.

Isak is a white-eye, feared and despised in equal measure. Trapped in a life of poverty, hated and abused by his father, Isak dreams of escape, but when his chance comes, it isn’t to a place in the army as he’d expected. Instead, the Gods have marked him out as heir-elect to the brooding Lord Bahl, the Lord of the Fahlan.

Lord Bahl is also a white-eye, a genetic rarity that produces men stronger, more savage and more charismatic than their normal counterparts. Their magnetic charm and brute strength both inspires and oppresses others.

Now is the time for revenge, and the forging of empires. With mounting envy and malice the men who would themselves be kings watch Isak, chosen by Gods as flawed as the humans who serve them, as he is shaped and moulded to fulfil the prophecies that are encircling him like scavenger birds. The various factions jostle for the upper hand, and that means violence, but the Gods have been silent too long and that violence is about to spill over and paint the world the colour of spilled blood and guts and pain and anguish…

Lloyd has now completed this series, and the first novel in his new series – Moon’s Artifice – has already been published (also by Gollancz). I intend to read both Stormcaller and Moon’s Artifice this year, and hopefully more of the Twilight Reign series, too.

Twilight Reign: The Stormcaller, The Twilight Herald, The Grave Thief, The Ragged Man, The Dusk Watchman, The God Tattoo

Once, a hero arose to save the world. A young man with a mysterious heritage courageously challenged the darkness that strangled the land.

For a thousand years since, the world has been a wasteland of ash and mist ruled by the immortal emperor known as the Lord Ruler. Every revolt has failed miserably.

Yet somehow, hope survives. Hope that dares to dream of ending the empire and even the Lord Ruler himself. A new kind of uprising is being planned, one built around the ultimate caper, one that depends on the cunning of a brilliant criminal mastermind and the determination of an unlikely heroine, a street urchin who must learn to master Allomancy, the power of a Mistborn.

While I failed to read The Final Empire in 2013, I did manage to read my first Sanderson novel – Steelheart. Obviously very different to this one, but I’m glad I have at least read one of his novels, now. I know this series has been hugely popular and successful on both sides of the Atlantic (and elsewhere, I assume), and I really think I need to give it a read. Sanderson continues to have a weird distinction with me: I won all of his novels, but have barely read any of them…

The Mistborn Series: The Final Empire, The Well of Ascension, The Allow of Law [there are more to come, too…]

I thought I’d take this opportunity to mention some new series starting in 2014 that have also caught my attention. As it’s still early days, I’ll present the synopses and cover art, and keep my comments brief…

NOBODY IS INNOCENT. EVERY CROWN IS TARNISHED

A bastard lord, uprising against his tyrant cousin, sheds more blood than he bargained for.

A duke’s widow, defending her daughter, defies the ambitious lord who’d control them both.

And two brothers, divided by ambition, will learn the true meaning of treachery.

All of this will come to pass, and the only certainty is that nothing will remain as it once was. As royal houses rise and fall, empires are reborn and friends become enemies, it becomes clear that much will be demanded of those who follow the path to power.

The first in Miller’s new Tarnished Crown series. I haven’t read any of Miller’s previous novels, and I think this one sounds like the book to rectify this oversight.

The Fifth Season is set in a world which has suffered frequent, repeated Extinction Level Events for millions of years, and all life (and magic) in this world has adapted to it. Hundreds of years might pass between these events — easy, plentiful years in which great cities rise, and people have the leisure for art and science and rapid advancement — but then, again and again, the cities fall. The world is littered with the detritus of these times of plenty, and this cover hints at them: past ages of decadence, now decaying; stone that endures beneath flaking gilt.

The above synopsis is from Goodreads, who found it on the author’s website. (I do wonder when there will be an official description.) I really enjoyed Jemisin’s first fantasy series (Inheritance), and also the first novel in the Dreamblood duology that followed (not sure why I didn’t get around to finishing it, though…). This is the first in the author’s new The Broken Earth series, and I’m very much looking forward to it.