Today, we have a cover reveal for you! The Green Count is Christian Cameron‘s latest historical military epic, and the third in his William Gold series (also known as the Chivalry series). It is due to be published by Orion Books on July 13th, 2017. Here’s the synopsis:

Famagusta, November 1365. The world teeters on the brink of bloody political upheaval… and Sir William Gold is caught right in the thick of it.

After the bloody trials of Alexandria, Sir William Gold is readying for a pilgrimage to Jerusalem to ease the burden on his soul. He hopes, too, that the Holy City might allow his relationship with Emelye, cousin of the Green Count of Savoy, to develop.

But the Roman Emperor of Constantinople has been taken hostage by an unknown enemy, and the Green Count is vital to the rescue effort. It is up to Sir William to secure his support, but he soon finds that his past, and his relationship with Emelye, might have repercussions he had not foreseen…

Suddenly thrust onto the stage of international politics, Sir William finds himself tangled in a web of plots, intrigue and murder. He must hold true to his chivalric principles, and to his knights, if he is to save the Emperor and survive to tell the tale.

The first two novels in the series — The Ill-Made Knight and The Long Sword — are also published in the UK by Orion. 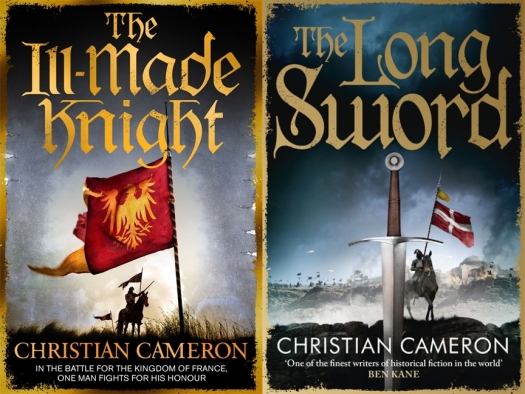 Christian Cameron is also the author of the Traitor Son Cycle, a best-selling fantasy series, under the pseudonym Miles Cameron (published by Gollancz in the UK and Orbit in the US).

Also on CR: Guest Post on “How I do Research”