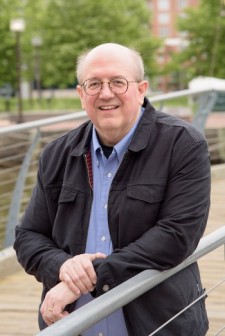 Let’s start with an introduction: Who is John Appel?

I’m an SFF writer from Maryland, recently retired after a career in information security and technology risk. I’m married to a university administrator and have two disabled adult children. I was a US Army paratrooper and cavalry scout back in the 1980s, and a life-long tabletop gamer. These days, aside from writing (and reading), my main hobbies are woodworking and historical fencing.

Your latest novel, Assassin’s Orbit, is due to be published by Solaris in the summer. How would you introduce it to a potential reader? Is it part of a series?

Assassin’s Orbit starts with the investigation of an assassination/mass murder, but quickly spirals into a major planetary conflict. The protagonists have to work together to both solve the murder and deal with the events that spill from it, which include discovering that a threat from the past might just still be with them.

All the big questions and situations in Assassin’s Orbit are resolved by book’s end, but there’s certainly hooks for more stories, and if the book does well I hope to be able to write them! 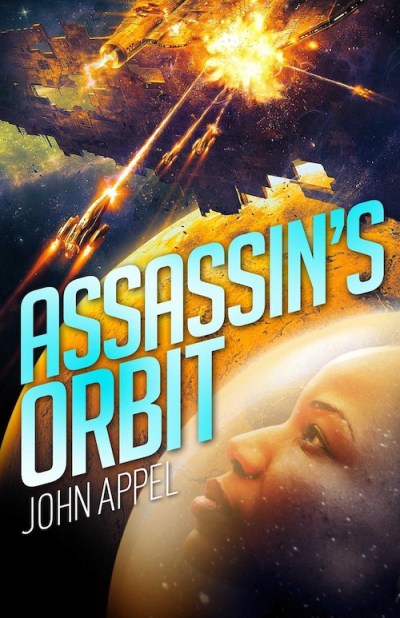 It’s hard to say specifically without giving spoilers away, but there’s some ideas from John Barnes’ Meme Wars series that I wanted to explore. Barnes’ books deal with a solar system in which Earth’s population is under the control of a type of viral entity. I wondered what would happen to people who managed to escape that situation in a manner in which they theoretically couldn’t be followed, and that became the underpinnings of the Exile Cluster setting. 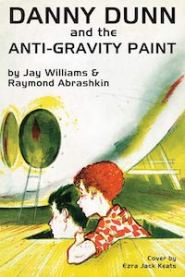 I point to the Danny Dunn series of children’s books, which today we’d call “middle grade SF,” back when I was in elementary school.

I’ve wanted to be a writer since I was very young, but it took until after I turned 50 to actually buckle down, develop writing discipline, and put serious work into learning the craft of writing. I enjoy most of the process of writing a great deal; I’ve been creating stories in various ways most of my life, generally through TTRPGs. Though I’m sure my family would tell anyone that the middles of books definitely make me grumpy.

As far as being part of the publishing industry, it’s a combination of tedium, excitement, and terror. It’s amazing to see people reading and reacting to your stories, worlds, and characters. But there’s a huge amount of work to reach that point, and so very many factors which are beyond the creator’s control.

The overall publishing industry has huge problems with consolidation, monopsonies like Amazon, and a broken economic system in which both the creators and many of the behind-the-scenes workers can barely scratch out a living from their work while publishing company profits hit record highs.

I generally know the overall plot arc, the major tentpole events, and the end state of the characters and the story’s world before I begin writing. That doesn’t mean these don’t changes as I’m drafting; better ideas do come along from a variety of sources, and sometimes you simply make a mistake and have to fix things. But I need to know where I’m going before I set foot on the path.

The first fiction I can remember starting was based on a book about kids exploring a cave, probably when I was nine or ten. But I didn’t finish any prose fiction until 2006 or 2007 or so, and didn’t really get serious about it until 2014. There’s a couple bits from the 2006-2009 period I’m still quite fond of and hope to some day bring into a project. 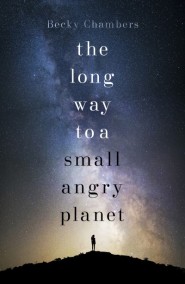 On one hand, we are absolutely living in a golden age for SFFH right now, with incredible work coming from a variety of voices, many of whom we’ve never gotten to hear before. New ground is being broken all the time these days. Who would have thought that “cozy space opera” in the vein of Becky Chambers’ Wayfarer series would be a thing? N.K. Jemisin’s incredible Broken Earth series? K.M. Szpara’s daring Docile? A.J. Hackwith’s Hell’s Library series?

But there are people out there who, despite being fans of a genre that’s supposed to feature new ideas and new ways of thinking, are locked into the past – usually a past that never really existed, so actually an imaginary past – and are having trouble accepting that we’re seeing a movement that’s shaking up the field again, just as the New Wave did in the 60s, cyberpunk in the 80s and 90s, and the “new space opera” in the 00s.

And the industry itself has some big problems that need solving, as I mentioned earlier.

I’m working on two things right now. The first I describe as a far-future, almost science-as-magic story, set on a world recovering from an interstellar war. The other is a potential sequel to Assassin’s Orbit which my agent & I will be pitching to Rebellion soon. 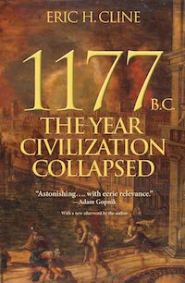 I usually have several books going at once, between audio, e-book, and print. Right now I’m plowing through 1177 BC: The Year Civilization Collapsed, which is about the Late Bronze Age Collapse. On audio, I’m listening to Tao Wong’s very fun A Thousand Li series; I’m up to book four, The Second Expedition. And I just finished Martha Wells’ Fugitive Telemetry, the new Murderbot story, last night. Becky Chambers’ The Galaxy, and the Ground Within is next in the TBR pile. 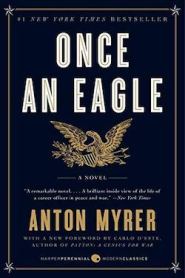 Wow, this is incredibly tough! I’m going to step out of genre and recommend Anton Myrer’s classic Once, An Eagle, possibly the best military novel ever written.

I have, at last count, 18 bottles of various kinds of rum on hand in my house at the moment, not counting duplicates. Only one is Bacardi.

I can’t wait to be able to hang out with my local writer pals again, once we’re all vaccinated. I’ve been able to stay in touch via Slack and Zoom and such, but it’s not the same as being able to sit around the same table.

John Appel’s Assassin’s Orbit is due to be published by Solaris Books in North America and in the UK, on July 20th, 2021.