Skip to content
HomeUpcoming: THE RIGHTEOUS by David Wragg (Voyager) 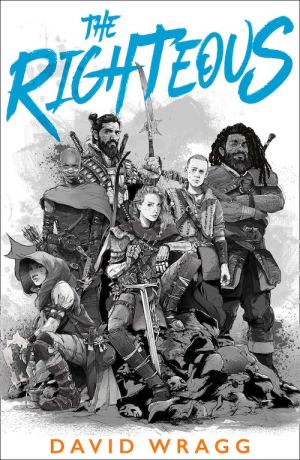 David Wragg‘s hotly-anticipated second novel, The Righteous is due out in just a few months! The sequel to his acclaimed debut, The Black Hawks, the novel will be published by Voyager this summer. One of my most-anticipated fantasy novels of the year, I can’t wait to get my mitts on it! Here’s the synopsis:

Bound by oath and honour, Vedren Chel found himself drawn to the heart of a deadly rebellion. With him stood the mercenaries of the Black Hawk Company, who were only ever in it for the money.

But the uprising failed. Now, Chel and the sell-sword Rennic languish in prison, watching as their comrades are taken one by one for execution.

A daring escape will set them free, but with the combined forces of vengeful church and voracious crown arrayed against them, Chel and the Black Hawks must embark on a desperate search for new allies.

Journeying from frozen wastes to towering cities, from drug-riddled fleapits to opulent palaces, THE RIGHTEOUS is the thrilling and riotous second adventure from one of fantasy’s most exciting new voices.

The Righteous is due to be published by Harper Voyager on June 10th, in North America (eBook) and in the UK (the North American print edition is currently scheduled for September). At the time of writing, The Black Hawks is only 99p in the UK, so it’s a great time to get started on the series!