Let’s start with an introduction: Who is Kristyn Merbeth?

Hi! I’m an author, gamer, and SFF enthusiast. When I’m not writing or reading, I’m often playing video games, board games, or Dungeons & Dragons. I also love to cook, and my latest hobby is making alcoholic ice cream.

Memoria, your second Nova Vita Protocol novel, is due to be published by Orbit in December. How would you introduce the series to a potential reader? What can fans of the first novel, Fortuna, expect from the follow-up?

My usual quick pitch is “a dysfunctional family of smugglers in space!” The five human-settled planets of Nova Vita are all close enough to see one another clearly in the skies above, but a long history of distrust has led to laws that make traveling between them nearly impossible. Fortuna is one of the last remaining ships that can cross otherwise-closed borders — which the Kaiser family uses to smuggle illegal goods between the planets. But when the family is drawn into a messy interplanetary conflict, the two eldest siblings – broody soldier and former golden child Corvus and troublemaking, fast-talking scapegoat Scorpia — are faced with a choice about which of them will inherit the ship, and where they will lead the family if the system goes to war.

Fans of Fortuna can expect more of all of the fun stuff the first book was packed with: Family drama! Fight scenes! Creepy alien relics! And all of the messy consequences of the hard choices the Kaisers had to make in book one.

I’m constantly drawing inspiration from all of the stories I consume in various mediums: books, movies, comics, video games, board games, and more. Fortuna began as a mash-up of the TV show Animal Kingdom, which is about a family of bank robbers, and NASA’s announcement of the discovery of the planetary system TRAPPIST-1, which has a red dwarf star and multiple potentially habitable planets. The world of Nova Vita sprang from the latter, while the idea of a family of criminals became the seed for the story I wanted to write within that world.

Hmm, honestly, it’s hard to remember! My mom is a SFF fan as well, and some of my earliest memories are of her reading to me. It feels like sci-fi and fantasy stories have always been a part of my life.

I love it. It’s also been very, very difficult to transform a beloved hobby into a stressful job. But writing is my passion, and I’m so grateful that I get to share my work with the world. 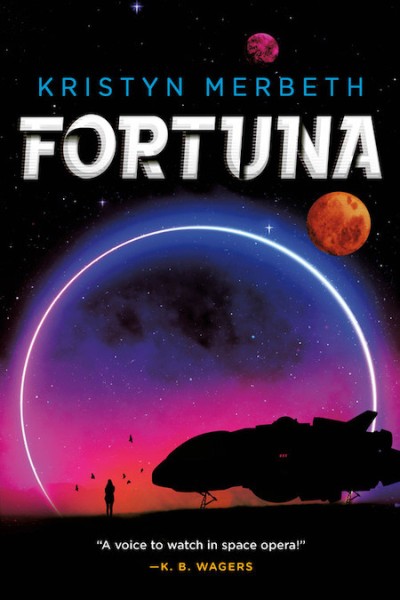 My methods change a lot with each book/series. Usually I prefer to jump right into writing, and research and worldbuild as I explore my way through my first draft. But with a universe as big as the one in the Nova Vita Protocol series, I needed to spend some time setting up and researching first, figuring out what life in a place like this would even look like. I had pages and pages of worldbuilding before I really began to draft Fortuna. With Memoria, I was able to do more of my usual discovery-writing, though I already had all of the big events planned out.

Once, when I was about five years old, someone asked me what I wanted to be when I grew up. I said “a fairy” (gonna blame early fantasy books for that one…), but as soon as I got out of that phase, “writer” was always the answer.

Somewhere, deep in a drawer in my parents’ house, is my first finished work: a truly ridiculous short story that involves a group of kids battling giant bugs. There is also a talking dog who shows up in one scene and then disappears again with no explanation. I would prefer for that particular endeavor to never see the light of day again, but I do still fondly remember the feeling of pride and accomplishment that came with finishing a story.

The last few years have produced some truly incredible science fiction! I really think the genre is in a great spot right now, with many diverse new voices entering the scene and producing some groundbreaking and thought-provoking work. My work is more on the fast and fun, soft sci-fi side of things, and I’m happy to be a part of the recent surge of LGBTQ+ SFF as well.

At the moment, I’m hard at work finishing up the Kaiser family’s story in book three of the trilogy!

On the fiction side, I just started Nophek Gloss by Essa Hansen, and I already know it’s going to blow my mind. As for non-fiction, I’m making my way through the wonderful and sometimes strange ice cream recipes in the Official Salt and Straw Cookbook. 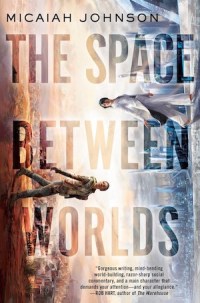 Only one!? Oh, that’s cruel. I’ve read almost 100 books this year alone. But I’ll have to go with my favorite release of 2020: The Space Between Worlds by Micaiah Johnson. It has amazing world-building involving traveling between parallel universes, a fast-paced, fun, twisty plot, and a swoon-worthy wlw romance.

I write most of my first drafts in cute little pastel pink notebooks, with equally cute and colorful pens. So next time you read a bloody fight scene or character death in my work, keep that in mind. 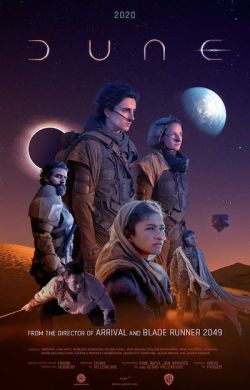 Hopefully the end to the pandemic? I’d really like to travel next year, if it’s safe to do so. Or at least travel to the movie theatre to see Dune. I know they just announce that it’ll be released online, too, but if I miss a chance to see Timotheé Chalamet on the big screen, I will be very disappointed.

(Thanks for the interview! It was a lot of fun.)

Merbeth is also the author of the Wastelanders series, which is now available in an omnibus edition.