Let’s start with an introduction: Who is Tyler Whitesides?

Ah, I see we’re starting out with the hardest question… I would say I am a man of many hobbies and endless interests. When I’m not writing you might find me fly fishing, hiking, woodworking, cooking, acting, or playing Dungeons & Dragons (yes, I am the dungeon master).

I live in the mountains of northern Utah in the western United States with my two sons. My career as a writer has been mostly focused on books for younger readers. I have a series of five books called Janitors, and a duology called The Wishmakers.

The anticipated final novel in your Kingdom of Grit trilogy, The Last Lies of Ardor Benn, will be published by Orbit in December. How would you introduce the series to a potential reader? What can fans of the experience expect from the conclusion?

Imagine a musketeer era setting… with dragons and magic grenades. But at it’s heart, this is a heist series. It’s all about gathering the team of experts, planning the most complex way of stealing something, and then improvising when the bottom falls out. In a way, each book in the trilogy innovates and expands on the magic system. Each book provides a new world-altering truth and everything comes to a head in the final installment. Readers can expect things to wrap up quite tightly in The Last Lies…

Honestly, this entire series sprang from an idea I had about 17 years ago. That idea was the basis of the Grit magic system. Essentially, the magic is derived from dragon… dung. It took a long time before I felt like I had a character that was charismatic enough to sell the idea of such an unusual magic system. I try to find inspiration in every day things. I like to observe people — notice their mannerisms and speech patterns. I also find a lot of inspiration in reading good books.

The Redwall series by Brian Jacques were some of the first fantasy books I remember reading. My older sister read a lot of fantasy and she would pass books along to me. That’s how I came to love Susan Cooper’s, The Dark is Rising, and Robin McKinley’s The Hero and the Crown.

Being a writer has been my lifelong dream. I love everything about it. Drafting a new story is my favorite part of the process. Multiple rounds of editing can be tedious, but even that is fun as it gives me a chance to refine the story and characters. I feel incredibly lucky to be working as a writer and grateful to anyone who takes a chance on reading my books.

I’m mostly a night writer. There’s something creative about working in the wee hours when the rest of the world is asleep. I have learned that eating Cheetos with chopsticks allows me to keep typing without cheesy fingers. As for research… I usually spend a lot of time researching stuff that I don’t actually need to know for the book. “Research” is a lovely distraction from writing. You somehow feel productive while reading about how to poison cows.

I have wanted to be an author since I was seven years old. I have several little stories that I wrote in elementary school and sometimes I share excerpts of my earliest writings when I visit schools to promote reading.

One of the best pieces of writing advice I ever received was to write the story I would want to read. That said, I try not to be too driven by trends in the genre when I’m writing. I think that often means I have no idea how or if my work will fit into the current state of the genre. But I do greatly admire writers who are innovating and moving us past the tropes and stereotypes that have been commonly associated with fantasy in the past. 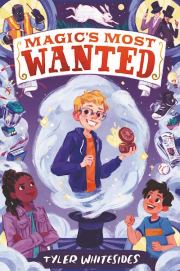 I have a book for young readers coming out in January. It’s called Magic’s Most Wanted, about a kid who is framed for a magical crime he didn’t commit. It’s a fun blend of magic and mystery, intended for readers ages 8-12ish. I’m currently working on another book for that same age group, but I barely started and the idea isn’t quite well-formed enough to really talk about yet. 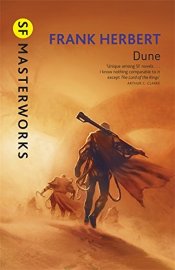 I am currently re-reading Dune by Frank Herbert. I haven’t read it since high school and I think I’m enjoying it now even more than I did then. 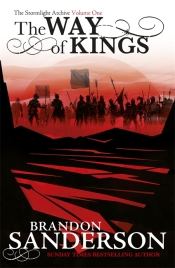 I think that really depends on the “someone.” The reason I love books is because they are so subjective. As a writer for kids, I often hear them say “I’m not a reader.” My reply is always, “you just haven’t found the right book yet.” So, I guess, what I’m trying to say is… The Way of Kings, by Brandon Sanderson.

I have narrated six of my own audiobooks! I read the entire Janitors series as well as The Thousand Deaths of Ardor Benn. I loved bringing my characters to life and creating a wide range of character voices for the dialogue. In addition to the narration, I enjoy acting in community plays and musicals. I most recently played Harold Hill in The Music Man (which was fitting to be in a show about a conman like Ardor Benn).

I’m excited to see what comes next! With the Kingdom of Grit trilogy all wrapped up, I’m looking forward to the next idea that will grab me by the shoulders and pull me to my feet. And then I’m excited to seeing that story unfold through the writing process.