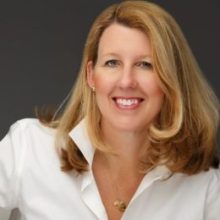 Let’s start with an introduction: Who is Kimberly Unger?

Kimberly Unger is a gift box of contradictions topped with a big yellow bow. She grew up on the beaches of Southern California but is not a fan of avocados, she is deeply entrenched in games and technology but avoids wearing hoodies and conference giveaway t-shirts. She spent almost a decade working in high finance, twice as long in games and entertainment and has just made the jump to virtual reality. All of this has gone towards making her fairly well-rounded and has long-fed her desire to learn new things.

Your debut novel, Nucleation , will soon be published by Tachyon. It looks really interesting: How would you introduce it to a potential reader? Is it part of a series?

Operator Helena Vectorovich managed to botch humanity’s first contact with an alien species. She goes from a woman on top of her game to being sidelined by tragedy and, while fighting her way back to the top was within her scope, that tragedy opened a door for her and she stepped right through it. The book is a standalone, but there are plenty of other stories to tell about Helen so if there’s interest, I’ve got more in my pocket.

Nucleation grew out of the idea that, at this moment in time, everything we send into space is disposable. But people… people really shouldn’t be. So how do you add that human element to exploration, but evolve it to be as safe and efficient as possible. Right now, our exploration of the solar system is all done through a form of telepresence, so what if we push out along that path, how does that evolve into an industry though a more startup-centric view. Helen and her story grew out of that bit of “what if”.

I take quite a bit of inspiration from systems we have in place now to drive and support innovation. I want to push them forward to see where they go, where they crack, where they brilliantly succeed. I’m not as interested in exploring the worst possible cases, the dystopias, but I try to look at the future with an eye towards how it can go mostly right. 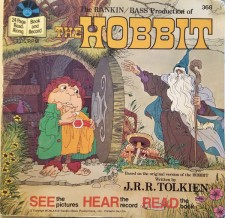 I have a deep and abiding love for genre fiction. When I was a kid, my parents had gotten a couple of books on tape for long drives (we were big road-trippers, every vacation meant days in a car). One of those was the Rankin Bass version The Hobbit, and it was my absolute favorite. I think my little sister was ready to burn that tape. They got the actual book for me when I was around nine or ten and that was pretty much it. I started in Fantasy, but as I spent more hours chasing books at the library, I started picking up Science Fiction as well. My senior year of High School I had the option to either take an Independent Study or get a free period. There was one English teacher who had an understanding of genre fiction and agreed to take me on.

Traditional publishing is still very new to me. So far I’m deeply enjoying it, but I’ve barely got my toe in the water. I’m learning a whole new industry, which is very exciting. I am deeply enjoying cross-comparing it to the other industries I’ve been a part of to see where they intersect.

Most of the time I write in 15 minute increments. My life is pretty full, so I take my “me” time in those spaces between everything else. Picking up or dropping off kids at sports always has some dead time, waiting in line at the supermarket, wherever I can fit in a paragraph or sometimes a few pages. The first draft of anything for me is a patchwork, all these little one-page or two page scenes cobbled together, written on my phone or on napkins or the yellow legal pads I carry around in my bag. I’ve got a chapter or two from another book that I wrote on paper plates because I didn’t have any other materials a thand. I can always edit it into shape later.

My first foray into what I think of as “real writing” was a Star Trek novel I wrote way back before I had any real inkling of what publishing was really all about. I think I was thirteen at the time. It was an awful novel, but it was a wonderful experience because this was pre-internet, pre-usenet, pre social-media so I just wrote it. I didn’t tell anyone I was writing a book, I just put words on pages all by myself. There was nobody to tell me I was doing it wrong. And I still work that way. The first draft of anything for me is always a solitary effort. It’s very easy, in any form of art I am working in, for helpful suggestions or well-meaning critique to just kill the momentum and send you down a rabbit-hole of “fixing” rather than writing. The “want” around being an author came much later. I wrote several novels as a teenager, sent them right out to publishers because as a teenager I had no idea about anything. I basically just bounced right off the whole industry, like a rubber ball hitting a handball wall. I still have those rejection letters stored away. Then I got into college and suddenly there were all these RULES that went along with writing. Almost everyone dismissed genre fiction out of hand so I kept my writing for myself until I got into video games.

What’s your opinion of the genre today, and where do you see your work fitting into it? Do you have any other projects in the pipeline, and what are you working on at the moment?

I feel that science fiction is expanding in a huge way and I love it. That forward-looking lens of “what if” is getting pointed at societies and spaceships, our children and our governments, nothing that makes us human is off-limits. I think more and more people people who might have thought, “science fiction isn’t for me” because they’re not a “Star Trek fan” are finally getting the chance to see just how flexible the genre can be.

There’s always a few things I’m reading at the same time, both fiction and non. I just finished the latest Dresden Files book in a day, and I’m in the middle of Stephenson’s Fall, or Dodge in Hell. I am very excited that Anne Toole’s comic books for Horizon Zero Dawn just dropped and I picked up Dayton Ward’s Agents of Influence and Fagone’s The Woman Who Smashed Codes last week.

I can’t go with a fiction title, I find those are so highly individual. Let’s go with Thomas’ The Medusa and the Snail.

I have held an actual tiger by the actual tail.

It’s going to be a full year for me. The release of Nucleation is a big one, obviously. I have a kid going to college and I’m both terrified and excited to see what that looks like. I’ve got some talks scheduled, both as a professional in VR and as an author, which should be a ton of fun (and work, but it’s almost always worth it).

Kimberly Unger’s Nucleation is due to be published by Tachyon Publication in North America and in the UK, on November 13th, 2020.

One thought on “Interview with KIMBERLY UNGER”