Welcome back to CR! It’s been a little while, so let’s start with an introduction for new readers: Who is Marie Brennan?

Well, at one point I wound up calling myself “an anthropological compost heap from which stories sprout,” which might be as good a description of my writing as any. I’m a fantasy novelist and short story writer (and occasional game writer, too), with an academic background in anthropology, archaeology, and folklore, which leaves its fingerprints all over my work.

Your new novel, Driftwood, will be published soon by Tachyon. It looks really interesting: How would you introduce it to a potential reader?

The tagline is “where worlds go to die,” but that sounds a little grim, doesn’t it? Driftwood is a setting composed of the fragments of broken worlds, brought together by some unknown force. Driftwood the novel is a fix-up of short stories previously written in that setting, with a new novelette and a frame story to link all the pieces together. If you feel like there might be a thematic connection between the setting and the form of the novel, well, you’re not wrong!

I honestly have no idea where I got the idea for Driftwood from, even though usually I can point to the specific thing that sparked a concept. It just… appeared, I guess? I’m often inspired by history, mythology, other cultures, all the things I studied in school and like to read about now. But this cluster of post-apocalyptic worlds all struggling to survive together — I haven’t the faintest clue. 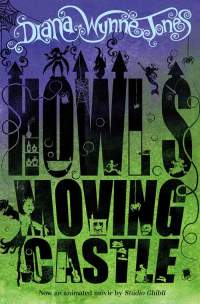 I think it would be fairest to say that as a kid, I didn’t even notice the difference. I read practically anything (though my first book love was the Nancy Drew mysteries), and had the ability to project fantastical elements onto stories that didn’t actually have any (did you know The Secret Garden is actually not a fantasy novel? That would have surprised kid-me). But I swung off the path of being a mystery reader and onto the path of fantasy when I began reading Diana Wynne Jones, a really excellent British children’s fantasy writer.

Your acclaimed Memoirs of Lady Trent series has recently expanded to its next generation. What lessons have you learned writing a series, and what plans do you have for it going forward?

Lessons learned: just because you had a firm plan for a five-book series and executed it as intended doesn’t mean it won’t sprout a standalone sequel with no warning whatsoever. Plans going forward: none… just like I had no plans for anything after the fifth book of Lady Trent’s memoirs, which just goes to show how little I know.

With my tongue less in cheek, I’ll say that I think my tendency to use the setting as the driver for much of my narrative means I’m actually very well-positioned to do new things after the story I intended to tell is done, because there’s still all that fertile ground sitting there, ready for seeds.

It’s a busy time for me right now! Apart from Driftwood, I have an epic fantasy trilogy I’m writing with my friend Alyc Helms under the joint name of M.A. Carrick. The first book of that is The Mask of Mirrors, which will be out in January of next year. And then hard on the heels of that, probably in February, I’ve got The Night Parade of a Hundred Demons, a tie-in novel for the game Legend of the Five Rings, in a setting based heavily on historical Japanese culture. Plus I’ve had an ongoing Patreon for more than three years now, New Worlds, with weekly essays on worldbuilding.

The recent troubles have been a strong incentive to buy and read more fantasy novels by black authors. Recent titles have included David Mogo, Godhunter by Suyi Davies Okungbowa (post-apocalyptic Nigerian urban fantasy), The Belles by Dhonielle Clayton (secondary-world dystopia built around obsession with and control of beauty), and Tristan Strong Punches a Hole in the Sky by Kwame Mbalia (a middle-grade novel from the Rick Riordan Presents imprint, this one focused on African and African-American folklore and mythology).

I grew up in Texas — by which I mean I lived in the same house in Dallas from the day I came home from the hospital until I left for college.

Honestly? Getting back to normal life, once we get this pandemic under control.

Also on CR: Interview with Marie Brennan (2013); Guest Post on “The Series Payoff”; Excerpt from Within the Sanctuary of Wings