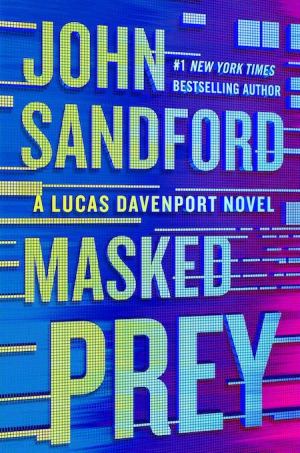 Lucas Davenport investigates a vitriolic blog that seems to be targeting the children of U.S. politicians…

The daughter of a U.S. Senator is monitoring her social media presence when she finds a picture of herself on a strange blog. And there are other pictures… of the children of other influential Washington politicians, walking or standing outside their schools, each identified by name. Surrounding the photos are texts of vicious political rants from a motley variety of radical groups. It’s obviously alarming — is there an unstable extremist tracking the loved ones of powerful politicians with deadly intent? But when the FBI is called in, there isn’t much the feds can do. The anonymous photographer can’t be pinned down to one location or IP address, and more importantly, at least to the paper-processing bureaucrats, no crime has actually been committed. With nowhere else to turn, influential Senators decide to call in someone who can operate outside the FBI’s constraints: Lucas Davenport.

This is the 29th novel in Sandford’s excellent Lucas Davenport series. I’ve been a fan of the series (as well as the author’s other novels) for decades, and so each new novel is a highlight of my year. In Masked Prey, Sandford takes on two American plagues: guns and internet radicalization. It’s another excellent addition to the series, and a must read for all fans of the series.

Lucas is back in Washington, D.C., after a Senator’s daughter stumbles across a website with photos of her and other children of prominent elected officials. The cops and Marshalls are called in to hunt down the website’s creator, host, and those who have been using it. At the same time, a newly radicalized white supremacist reads the website and interprets it as a call to arms… As Lucas et al dig deeper, they travel the various networks of online hate groups, coming into contact with a variety of groups, researchers, and more. It’s both fascinating and frightening how these groups use the internet.

In addition to the online extremism and fractious politics, the issue of guns in America was the most prominent. It’s next to impossible to finish this novel and not think that there are clearly far too many guns in America, and it is far too easy for anyone to get hold of one (or, as is often the case, many). Sandford includes commentary on lack of background checks, the gun show loophole, the impact of mental health issues and gun ownership, and more. As Lucas and his colleagues work their way through the aforementioned right-wing and anti-government groups (there are some on the nominal left), they are shocked and fascinated by the people they meet and how well-armed they are: “Each man seemed stranger than the next and the three marshals marveled at the number of guns that seemed to float by.”

And then there’s this exchange between Lucas and his Marshal colleagues, Bob and Rae (two of the best recurring characters Sandford has introduced into the series), which speaks volumes:

“Everybody’s got a gun,” Rae said. “Most of them got lots of guns. That Brooks guy looked like a librarian and he had a Kimber .45 in his jacket pocket. You could kill a wild pig with that thing. A mountain lion.”

“No. Not fifteen. Besides, I’m a law enforcement officer. I need the familiarization,” Rae said.

“Several,” Lucas said. “I don’t want to talk about it. It’s too depressing.” 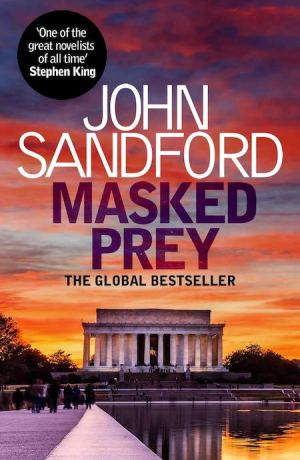 Another common theme in Sandford’s novels is media criticism — the author is a Pulitzer Prize-winning journalist, so this is clearly a subject dear to his heart. Reading the series again from scratch would probably provide an interesting account of the decline of the news media, tracking how it became ever-more addicted to spectacle and sensation.

“He went back to CNN and watched for a few more minutes. Despite the tone of excitement, they were already repeating themselves…. The media doesn’t seem to have reporters anymore, they just have commentators. What we’re seeing is mostly hot air.”

Like many long-running crime and thriller series protagonists — for example, Vince Flynn/Kyle Mills’s Mitch Rapp, Michael Connelly’s Harry Bosch, and James Patterson’s Alex Cross — Lucas is being forced to confront the passage of time, his career, past actions, and so forth. He’s definitely starting to feel his age, and the various severe wounds he’s taken in recent books (not to mention other, lingering injuries from throughout the series) are starting to take their toll.

“Lucas had been shot the previous spring. With September half gone, he was still feeling after-effects; which, he supposed, was better than the alternative. He was working hard to get back in shape, running, lifting, punching a heavy bag. Everybody said how good he looked. When he checked himself in the mirror, though, in his own eyes he looked gray, and too thin. Not wiry, but something over toward emaciated. His cheekbones had been blunt, and were now knife-edged; the crow’s feet at his eyes were like cuts; his watch was too loose at his wrist. He’d lost chunks of the hockey defenseman muscle he’d carried since college and getting it back, at his age, two years past fifty, was tough.”

For the main, I found this novel to be packed with interesting observations and criticism of American gun and online culture, as well as contemporary politics (not to mention the ways in which these all intersect). Sandford seems to share my confusion, fascination and frustration with the widespread use and abuse of social media, and how it is twisting the way we interact with others and the world around us. At one point, the daughter of a senator (the same mentioned in the synopsis) is interviewed and she says the following:

“It’s like you’re not alive if you can’t be on television. Television is validating. This is something we have to talk about, I’ll be talking about it on my blog, with my girls.”

The novel ends in a way that seems a little bit contradictory to much of the message of the novel. It’s very difficult to discuss this without spoiling the ending, however, so I’m not sure I can go into any detail. Let’s just say that the ending is very in keeping with the genre, and also Lucas’s past outings. It just didn’t ring true, given everything else — unless, that is, it is setting up the next novel, in which can Lucas is going to have to confront his actions and be held accountable for them. (Sorry, I know that’s really vague, but I don’t want to spoil the story.) I’ve been frequently returning to it in my head and also out loud with my partner (who must be getting bored of my musing on this by now), and I’m still not sure how I feel about the ending.

Ultimately, though, this is another solid addition to the series, and the Lucas Davenport/Prey series remains on of my favourite crime/thriller series. Sandford’s writing remains excellent, accessible. The plotting is tight and briskly paced. There’s a light dusting of humour, and the characters are realistic, varied and engaging.

If you haven’t read any of Sandford’s novels, yet, then I’d certainly recommend them — the novels are widely available in North America, and most of the series has been re-issued in the UK, with the remaining books on the way shortly.

John Sandford’s Masked Prey is out now in North America (G.P. Putnam’s Sons) and is due to be published in the UK in October 2020 (Simon & Schuster).