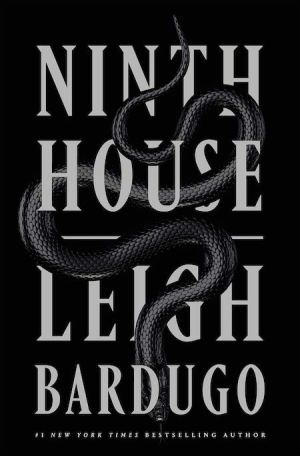 An intriguing first novel, in an intricately realized setting

Alex Stern is the most unlikely member of Yale’s freshman class. A dropout and the sole survivor of a horrific, unsolved crime — the last thing she wants is to cause trouble. Not when Yale was supposed to be her fresh start. But a free ride to one of the world’s most prestigious universities was bound to come with a catch.

Alex has been tasked with monitoring the mysterious activities of Yale’s secret societies — societies that have yielded some of the most famous and influential people in the world. Now there’s a dead girl on campus and Alex seems to be the only person who won’t accept the neat answer the police and campus administration have come up with for her murder.

Because Alex knows the secret societies are far more sinister and extraordinary than anyone ever imagined.

They tamper with forbidden magic. They raise the dead. And, sometimes, they prey on the living…

This novel received a lot of buzz in the lead up to publication. This often makes me a little nervous. Nevertheless, I thought the synopsis sounded really interesting — it looked like it might have The Magicians vibes about it (a series by Lev Grossman that I loved). After reading this, I think that impression was correct, although I would stress that this is very much its own thing. Ninth House was a fascinating urban fantasy/campus novel mash-up. I enjoyed this, and I’m now really looking forward to book two.

What jumped out the most for me was the world-building. Bardugo must have spent a lot of time building this world, and the magic system. Even though it’s based around the secret societies at Yale, the hidden/secret history the author weaves is quite fantastic. Each of the societies (the Houses) focuses on a different aspect of magic. Lethe House, the eponymous Ninth House, occupies a special place, however: they are the watchers, who make sure the other Houses don’t overstep or cause undue damage to New Haven and its inhabitants. (There are frequent excerpts taken from the ongoing Lethe House journals that fill in some of the history, as well as interesting observations about the other Houses.)

I really enjoyed learning more about how this all works (or doesn’t), and I think Bardugo did a fantastic job of mixing the awesome power granted through magic with the generally-stupid and thoughtlessness of undergraduates. It makes for a dangerous mix, and one that some can’t resist abusing for their own nefarious ends.

“Nothing is going to stop this. Too many powerful people rely on what the societies can do. Before Lethe existed, no one was keeping watch. So you can make futile bleating noises in protest and lose your scholarship, or you can stay here, do your job, and do the most good you can.”

As a member of Lethe House, and the suspicious nature of the girl’s death mentioned in the above synopsis, Alex is drawn into an unofficial investigation to figure out what really happened. Along the way, she learns more about the Houses, Lethe in particular, and comes into contact with a lot of sanctioned and unsanctioned magic. The author has packed in so much detail, it is easy to become submerged in the world. There are also a fair few amusing asides and creations sprinkled throughout the novel. Here’s one example that I particularly liked:

A Lethe alum named Lee De Forest, who had once been suspended as an undergrad for causing a campus-wide blackout, had left Lethe with countless inventions, including the Revolution Clock, which showed an accurate-to-the-minute countdown to armed revolt in countries around the globe. It had twenty-two faces and seventy-six hands and had to be wound regularly or it would simply begin screaming.

The story alternates between a few different periods — a couple during the school year, and another before Alex arrives at Yale. This structure means we only gradually learn about what happened to our protagonist to draw the attention of Dean Sandow and Lethe House; and also what happened to Darlington, Alex’s mentor. The two mysteries — Alex’s past (and her nature), and Darlington’s disappearance — are gradually unveiled with plenty of interesting and surprising revelations along the way. It’s nicely done.

Alex is a really interesting protagonist. Aside from her mysterious past mentioned just a moment ago, she is filled with anger, suspicion, and also self-doubt. At the same time, she is far more street-smart than her fellow students, and her past experiences makes everything the others have experience seem small by comparison. She feels like she doesn’t belong, and suffers from acute imposter syndrome. Some reach out to help her, but her initial instincts are to lash out and close herself off. Luckily for her, though, she opens up to a handful of people that help her as her investigation progresses, and as the mundane clashes with the magical.

There were times when I wished the pacing had been a bit more brisk. However, it’s clear that this novel is very much of the heavy-lifting needed to establish a new series and world. I hope this means that the next novel will be quicker-paced. It’s all still very good, but it also meant that the end felt just a tad rushed, and also as if it came a little out of nowhere (with hindsight, the pieces were there, but maybe a little too obfuscated by everything else that happened).

Overall, I very much enjoyed Ninth House. Great prose and characters and an intriguing mystery set in a detailed, intricately created world. I’m really looking forward to the next book in the series.

Ninth House is out now, published by Flatiron Books in North America and Gollancz in the UK.